Once thronged by 2.5-million visitors a year, Capitol hallways echo with emptiness 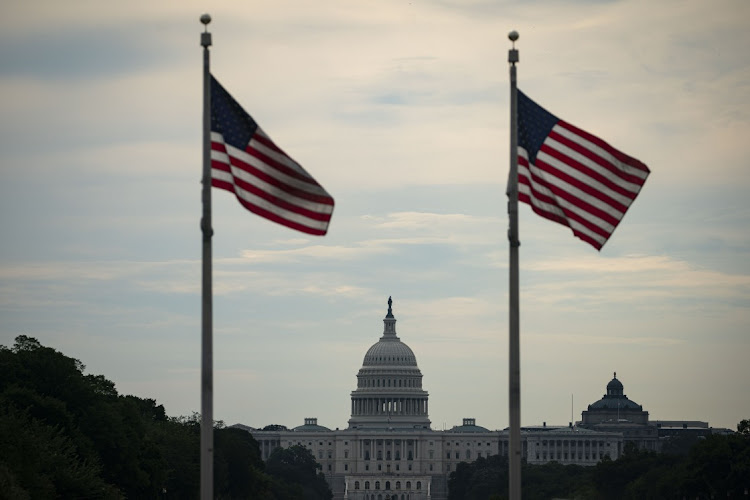 Washington — A year after then-US President Donald Trump’s supporters launched a deadly assault on the US Capitol, signs of heightened security are visible everywhere, from police riot shields ready near doorways to metal detectors outside the House of Representatives chamber.

Miles of steel fencing that ringed the Capitol complex after the riot came down in July. The thousands of armed national troops deployed immediately after the January 6 2021 attack have long gone home.

But US Capitol Police officers — in larger numbers and more heavily equipped than in the past — are posted around the grounds, while the department has added defensive equipment. Lighter fencing remains in place in some locations.

Once thronged by 2.5-million visitors a year, Capitol hallways echo with emptiness. Almost everyone who comes into the complex must be a member of Congress or display a staff ID — a restriction prompted by the Covid-19 pandemic.

Congress passed a $2.1bn bill in July that provided $100m for the Capitol Police, $300m for new security measures and more than $1bn for the Pentagon — of which $500m will go to the National Guard, whose funds were depleted in the security ramp-up after the riot.

“US Capitol Police as an organisation is stronger and better-prepared to carry out its mission today than it was before January 6 of last year,” said Capitol police chief Thomas Manger, hired to revamp the department after the attack. “The department began significant work immediately after the sixth to fix the failures that occurred — intelligence failures, operational planning failures, leadership failures.”

About 140 police officers were injured when Trump's supporters stormed the building, trying to prevent Congress from formally certifying his 2020 election loss to President Joe Biden. The rioters fought with police for hours, smashed windows and sent legislators and staff running for their lives.

One officer who battled rioters died the day after the attack and four who guarded the Capitol later died by suicide. Four rioters also died, including one who was shot by police as she tried to climb inside the building through a shattered window.

Legislators from both parties joined in calls for better security after the assault, but the reaction to various steps taken has been partisan. In particular, some House Republicans have voiced complaints about the five metal detectors installed at the entrances to the House chamber, where police on the day of the riot barricaded doors and lawmakers dove for cover as people in the mob tried to force their way in.

Some House Republicans, staunch defenders of gun rights, have dismissed the metal detectors as a political show, with congressmen Andrew Clyde and Louie Gohmert filing a lawsuit seeking their removal.

Security is due to be heavier than usual on Thursday, the anniversary of the attack.

The House and Senate both are planning events to mark the anniversary and Biden plans to give a speech at the Capitol. The Senate is scheduled to be in session on Thursday. The House is not.