While the economy recovered from lockdowns, low and middle-income citizens felt the sharpest pangs 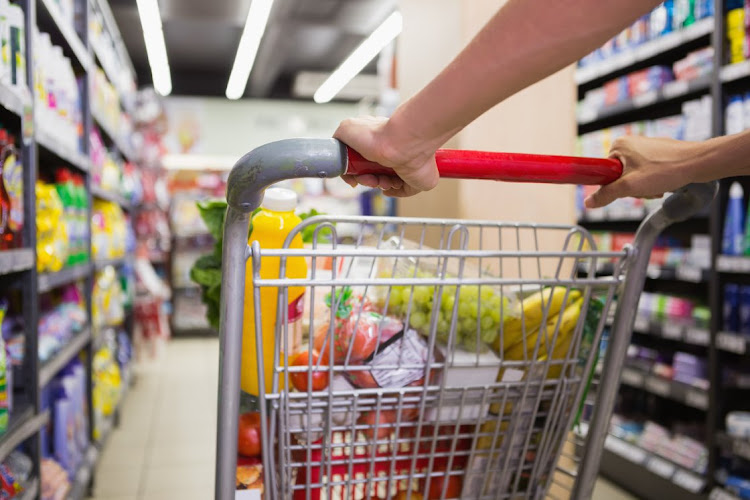 Chicago — Sofia Suarez, a receptionist at a dental office in Chicago, was out of work for about three months in the early days of the Covid-19 pandemic. Nearly a year-and-a-half later, her income has not fully bounced back, due to reduced hours. Facing mounting bills and rising food prices, she turns to the Lakeview Food Pantry in Chicago for free groceries every month or two.

“I have just a little money to spend on my rent and my bills,” said Suarez, 38.

Like more than 4-million Americans classified as “underemployed” by the Bureau of Labour and Statistics in October, Suarez fell through the cracks in the US government’s multibillion-dollar attempt to stave off financial uncertainty during the pandemic.

As the US economy this year came roaring back from lockdowns in 2020, low and middle-income Americans felt the sharpest hunger pangs. Ironically, hunger has persisted for many even though the vast sums of government money deployed in the crisis helped lift nearly 12-million Americans out of poverty.

There is abundant evidence that the job market is recovering rapidly — with about one-and-a-half vacant jobs for every unemployed worker. But the rising wages that are only recently beginning to draw more reluctant Americans back to work are being far outstripped by inflation, with the cost of food purchased for home consumption alone up 6.4% in the last year to November.

The prices have gone up. There’s nowhere to go to get … cheap peanut butter, jelly, chips, meat.

During the first two weeks of October, 19.8-million US households reported being food insecure — defined as “sometimes or often” not having enough to eat, according to the most recent US Census Bureau’s Pulse Survey. The survey shows 8% of US households faced hunger prepandemic, a figure that peaked at 14% last December and was still elevated at 9% in October 2021.

Given that only the poorest households are considered, those making less than $25,000 per year, 27% reported not having enough to eat versus 23% before the pandemic.

Federal pandemic aid arrived in the form of direct stimulus cheques, enhanced unemployment benefits, emergency rental assistance, and increased food stamp allotments. But those programmes can be challenging to navigate.

Suarez, who does not have children, said her husband tried to enrol in unemployment insurance, but was frustrated by the system, so they both opted to reduce spending and make do with less.

Families that have children were eligible for more benefits than Suarez, including advanced child tax credits, increased access to school meals, and pandemic-EBT debit cards to pay for meals while students are learning from home.

But escalating food prices have made it harder for families to keep up with grocery bills. World food prices rose for a fourth consecutive month in November to remain at a 10-year high, according to the UN.

“The prices have gone up. There’s nowhere to go to get … cheap peanut butter, jelly, chips, meat,” said Terrence Holloway, who is on disability after an injury. Holloway, 41, has also turned to Chicago food pantries when his grocery money runs out, which seems to happen sooner each month.

Food inflation adds pressure to food pantries trying to ward off hunger. Many are expanding their services from providing food to helping people tap into federal and state aid programmes.

As US emergency aid expires, political will to renew food aid is in question. The most recent version of the $1.8-trillion “Build Back Better” budget includes funding for free school meals year-round, as well as extending the child tax credit. It does not expand federal food buying for local pantries, a lifeline for food banks over the last year. The bill still faces opposition due to its steep price tag and may undergo more cuts.

It took years for US workers to recover from the last major recession before the Covid-19 downturn. Curbing aid too soon could create a second wave of food insecurity, similar to what occurred just more than a decade ago after the 2008 financial crisis, according to Geri Henchy, director of nutrition policy at the Food Research and Action Centre, an antihunger advocacy organisation.

“I think that if people harden their hearts and turn off the spigot too early, we will see really, really significant increases in food insecurity,” she said. “The pandemic’s not over. People aren’t back to normal. So that benefits cliff needs to be addressed.”

Hunger spiked after the 2008 recession, after federal stimulus and extended unemployment benefits ended. Hunger rates did not return to prerecession levels until 2019, according to the US department of agriculture’s annual food security report.

Doris Rodriguez, a bank worker helping to raise her grandson, experienced that slow climb out of financial uncertainty. She battled unemployment and foreclosure on her Chicago home after the 2008 recession and says she has struggled to find financial security ever since.

“It’s been rough for me since the last recession,” she said. “I never did actually land a job where I could sustain myself without any assistance.”

Rodriguez lost her job at a bank more than a year into the pandemic. She tried to navigate federal and local aid, but with rent and utility bills looming, she turned to the St Cyprian Food Pantry, loading a cart with canned goods, bags of produce and boxed cereal.

Her grandson was eligible for free school meals, but she struggled to tap into the state of Illinois’ unemployment insurance benefits system.

Expanded unemployment was not an option for Luis Lorenzana, a banquet server in Chicago. He has worked at a few weddings and small conferences that have resumed since the pandemic began, but does not qualify for unemployment.

The Omicron coronavirus variant has created more uncertainty but he hopes events will come back in full before his savings run dry. Visiting the food pantry helps, he said, though it sometimes lacks the selection of foods preferred by his family.

“There’s no other choice. We have to survive,” he said.