The former guerrilla fighter suppressed political rivals in a vote critics said was rigged, but which won Russian recognition. 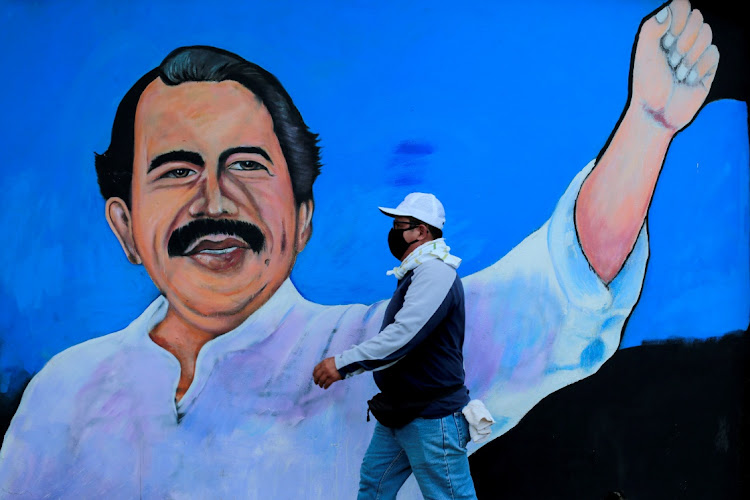 Nicaragua’s Supreme Electoral Council said that with roughly half the ballots counted, a preliminary tally gave Ortega’s Sandinista alliance about 75% of votes.

The EU rejected the results, saying the elections “complete the conversion of Nicaragua into an autocratic regime.”

But Russian foreign minister Sergei Lavrov backed Ortega, saying US  calls for countries not to recognise the outcome were “unacceptable.”

US President Joe Biden, in a statement issued before the tally was announced, said Ortega and his wife, vice-president Rosario Murillo, had orchestrated a “pantomime election that was neither free nor fair.”

The criticism of Sunday’s contest by Western and many Latin American nations began well before the vote, after Ortega detained opponents and business leaders, cancelled rival parties and criminalised dissent over the course of months.

Election observers from the EU and the Organization of American States were not allowed to scrutinise the poll and journalists have been barred from entering the country.

Monday’s statement by all 27 EU members accused Ortega of “systematic incarceration, harassment and intimidation” of opponents as well as journalists and activists.

A former Marxist rebel who helped topple the right-wing Somoza family dictatorship in the late 1970s, Ortega says he is defending Nicaragua against unscrupulous adversaries bent on ousting him with the aid of foreign powers. His government has passed a series of laws that make it easy to prosecute opponents for crimes such as “betraying the homeland.”

On Sunday, Ortega — the longest-serving leader in the Americas — hailed the election as a victory delivered by the “immense majority of Nicaraguans”, and lashed out at domestic opponents, calling them “demons.”

US officials are considering new sanctions against his government and a review of Nicaragua’s role in a key regional trade pact.

Biden called on Ortega to restore democracy and release detained opposition leaders. Until that happened, the US would use all available “diplomatic and economic tools” to hold the Ortega administration to account, he said.

Just five little-known candidates of mostly small parties allied to Ortega’s Sandinistas ran against him on the ballot.

“Most people I know decided not to vote, they say it’s madness,” said Naomi, an opponent of the government from the eastern port of Bluefields, who declined to give her last name for fear of reprisals.

“What they’re doing here is a joke.”

In the 1980s, Ortega served a single term as president before being voted out. He returned to the top job in 2007.

Thousands of Nicaraguans have since fled the country. Many of them gathered in neighbouring Costa Rica on Sunday in a show of defiance against Ortega.

Prolonged discontent is expected to fuel more emigration to Costa Rica and the US , where record numbers of Nicaraguans have been apprehended at the border this year.

Rights activist Haydee Castillo, who was arrested in 2018 and now lives in the US , called the election “a farce.”

“He has not conceded anything despite the resolutions and declarations that the international community has made,” Castillo said.

Tumbling commodity prices have thrown region into economic turbulence, while many voters appear to be tiring of their leftist leaders CARACAS — ...
Archive
6 years ago
Next Article