Companies sanctioned for selling spyware to governments that use it to target journalists, critics and others 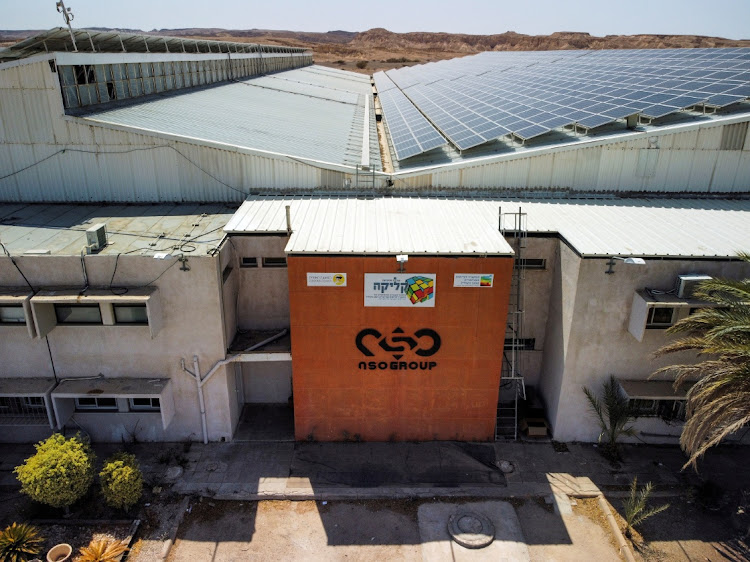 An aerial view shows the logo of Israeli cyber firm NSO Group at one of its branches in the Arava Desert, southern Israel July 22, 2021. File photo: REUTERS/AMIR COHEN

Washington — The US commerce department added Israel’s NSO group and Candiru to its trade blacklist on Wednesday, saying they sold spyware to foreign governments that used the equipment to target government officials, journalists and others.

Positive Technologies of Russia, and Computer Security Initiative Consultancy from Singapore were also listed. The department said they trafficked in cyber tools used to gain unauthorised access to computer networks.

The companies’ addition to the list, for engaging in activities contrary to US national security or foreign policy interests, means that exports to them from US counterparts are restricted. It for instance makes it far harder for US security researchers to sell them information about computer vulnerabilities.

“We are not taking action against countries or governments where these entities are located,” said a spokesperson for the US state department. Suppliers will need to apply for a licence before selling to them, which are likely to be denied.

In the past, the NSO Group and Candiru have been accused of selling hacking tools to authoritarian regimes. NSO says it only sells its products to law enforcement and intelligence agencies and takes steps to curb abuse.

The Biden administration imposed sanctions on Positive Technologies, a Russian cybersecurity firm, this year for providing support to Russian security services. The company has denied any wrongdoing.

A former US official familiar with Positive Technologies, who spoke on condition of anonymity, said the firm had helped establish computer infrastructure used in Russian cyberattacks on US organisations.

Export control experts say the designation could have a far broader impact on the listed companies than simply limiting their access to US technology.

“Many companies choose to avoid doing business with listed entities completely in order to eliminate the risk of an inadvertent violation and the costs of conducting complex legal analyses,” said Kevin Wolf, former assistant secretary of commerce for export administration during the Obama administration.

The entity list was increasingly used for national security and foreign policy aims during the Trump administration when Chinese telecom company Huawei was placed on the list in 2019, cutting it off from some key US suppliers and making it difficult for them to produce mobile handsets.

Sheikh Mohammed ordered use of spyware against Princess Haya and lawyers during bitter child custody battle, which he lost
World
3 months ago

The true threat of Israeli firm NSO's spyware is that as tech tools become more effective, they can become part of the daily grind of politics
Opinion
5 months ago