In a rare move to punish livestock cartels in the US, 10 executives and employees of leading US poultry producers are facing criminal charges 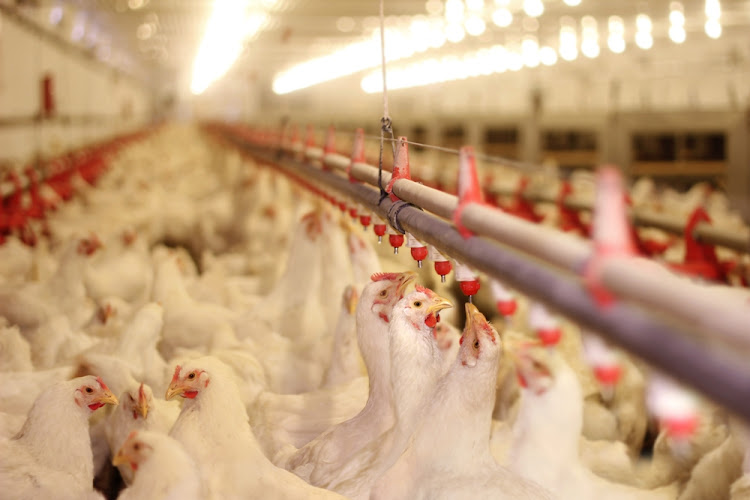 After years of rumours and allegations, Big Chicken is now on trial.  A group of 10 executives and employees of top US poultry companies — including two former CEOs —  are facing criminal antitrust charges in a trial getting under way this week in Denver. They face prison and million-dollar fines if convicted for fixing prices and rigging bids over nearly a decade.

The trial, the first to result from a years-long investigation in the $95bn US market for chicken, has ensnared affiliates of Pilgrim’s Pride Corporation and Perdue Farms among others. Together, the companies associated supply about a third of the chicken Americans eat.

The move comes as the meat industry has been thrust into the spotlight amid soaring prices and after a wave of Covid-19 outbreaks at packing plants. The Biden administration has signalled it will act aggressively against alleged livestock cartels, charging that antitrust practices have saddled consumers with rising costs at a time when inflation is becoming a political concern. Chicken companies are also facing civil cases.

While the US has imposed hefty fines on numerous companies in the past 20 years, the chicken trial is unusual because it’s individuals facing the jury.

More than 30 lawyers and defendants crowded into a federal court in Denver on Monday to select 12 jurors and two alternates. US district judge Philip Brimmer told them the case may run until December 21, not counting deliberations. The jury will be asked to decide whether the executives agreed to co-ordinate pricing and bids to limit competition.

The defendants, who have all pleaded not guilty, are charged with violating the Sherman Act, a law passed in 1890 to protect consumers and the economy.

Lawyers for the defendants did not  immediately respond to phone messages and emails seeking comment on the charges.

In a court filing last week, the defendants said their price discussions weren’t illegal and that the government can’t prove they agreed to participate in a single, overarching conspiracy. The charges include “a muddle of different sporadic communications over many years involving different people, different products, different customers, and different price outcomes”, the filing said.

Former Pilgrim’s Pride CEOs Jayson Penn and William Lovette face charges they conspired with other industry employees and officials to fix prices and rig bidding from 2012 to early 2019.

Greeley, Colorado-based Pilgrim’s Pride, a unit of Brazilian food giant JBS, pleaded guilty to price-fixing conspiracy in February and was sentenced to pay $108m in fines.

“Pilgrim’s has resolved this matter with the US department of justice and is not a party to the trial, nor are any of the defendants current company employees,” the company said in an emailed statement. “We continue to co-operate with the government and remain focused on maintaining our commitment to fair and honest competition in compliance with US antitrust laws.”

The other associated companies did not immediately return emails and phone messages seeking comment.

All the defendants face charges of conspiring to restrain trade. Little is also charged with obstruction of justice for allegedly lying to federal agents. That charge has a top penalty of 20 years in prison if he’s convicted.

Most defendants are not sentenced to the maximum, particularly when they don’t have any previous convictions. But prison is a real risk. Former Bumble Bee Foods CEO Christopher Lischewski in 2020 was sentenced to more than three years in prison after he was convicted for leading a conspiracy to fix the price of canned tuna.

While the details can be complicated, the law on price fixing is pretty simple, said John Francis, who practises antitrust law and teaches at the University of Colorado Law School in Boulder. “Did you agree or did you not agree on price? And the whole thing just turns on that fact,” Francis said.

To qualify as illegal, the agreement does not have to be written or even stated directly. It can be implied by conduct or indirect speech, he said. The justice department charged Penn, then the CEO of Pilgrim’s Pride, and three others in June 2020, claiming Pilgrim’s Pride and Claxton Poultry Farms shared pricing information during the annual bidding process with big restaurant chains. Indictments against the remaining six defendants were announced in October 2020.

Prosecutors have already released text messages, emails and phone transcripts showing how the executives colluded on prices, and the evidence presented to the jury could provide even more details.

Last year’s federal indictment against Penn showed how he interacted with coworkers and others. In one 2014 exchange, he asked an unnamed colleague about negotiations with a restaurant franchise. He noted that a competitor “did cave” to offering a lower rate to lock in a previous contract. The manager responded to say, “They are listening to my direction.”

Four other Pilgrim’s Pride executives, charged separately in July, are expected to be tried next year. They’ve pleaded not guilty.

Price-fixing can be extremely profitable, which is why a high potential penalty is needed, said Donald Mayer, a lawyer and professor at the University of Denver Daniels College of Business. “It is essentially an offence against capitalism — free-market, competitive capitalism,” he said.

Tyson, the biggest US chicken producer, said in 2020 it was co-operating in the federal probe, taking advantage of a government policy to grant leniency to companies that are the first to disclose illegal price-fixing. At the time, the company declined to comment on how long it had been co-operating in the years-long investigation.

Beyond the price-fixing allegations, the meat industry has been under fire after slaughter plants became an early hotspot in the Covid-19 outbreak — tens of thousands of workers got sick and hundreds died. A labour squeeze since the outbreak has contributed to a bottleneck in which farmers receive relatively low prices for their cattle and chickens while consumers pay up for meat. Chicken prices now are higher than during the period when some of the alleged fixing schemes took place.

That’s continued to fuel the Biden administration’s ire against the meat industry, which officials have said has engaged in “pandemic profiteering”, squeezing consumers and farmers.

“Antitrust in general, and agriculture in particular, have finally made it to the front page,” Peter Carstensen, professor emeritus at the University of Wisconsin-Madison law school, said by phone.

“We have at least some hope to see some serious progress on establishing better rules and more active enforcement,” said Carstensen, who’s a former attorney in the DOJ’s antitrust division.

Court papers name industry employees who haven’t been charged, raising the possibility that additional companies and individuals could face prosecution.

“We’re not sure if there’s another shoe yet to drop,” Carstensen said.