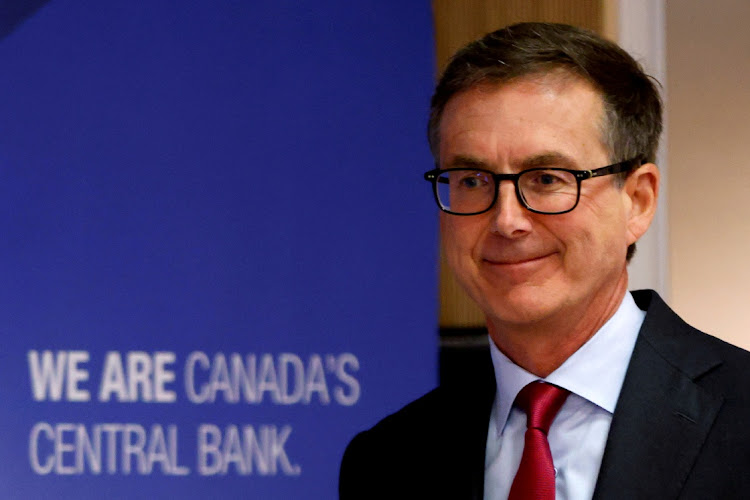 Inflation exceeded the Bank of Canada’s control range for a sixth straight month, worsened by supply chain bottlenecks that are proving stubbornly persistent.

The consumer price index (CPI) rose 4.4% in September from a year earlier, Statistics Canada reported on Wednesday in Ottawa. That’s the highest reading since February 2003, exceeding consensus expectations of 4.3% in a Bloomberg survey of economists.

On a monthly basis, inflation was up 0.2% in September. Higher food, shelter and transport prices were the main contributors. The average of the central bank’s core measures — often seen as a better gauge of underlying price pressures — ticked up to 2.67% from 2.6% in August.

The hot inflation readings of the past six months are deepening a communications challenge for governor Tiff Macklem, who maintains the spike in consumer-price gains will be short-lived. The data also come as traders in the overnight swaps market bet increasingly against the Bank of Canada’s guidance that policymakers won’t raise interest rates until the second half of next year.

“While the September monthly move in consumer prices may have lacked drama, landing close to expectations, the big picture is that inflation continues to march higher, with pressures broadening out,” Doug Porter, chief economist at Bank of Montreal, said by phone.

The Canadian dollar hit a session high after the report but has since pared gains, trading at 1.236/$ in Toronto. Bonds staged a modest rally, with the yield on Canada’s two-year debt dropping about two basis points to 0.804%.

Macklem changed his tone on inflation slightly in recent weeks. He acknowledged on October 7 that supply chain disruptions are dragging on, and said last week high inflation readings could “take a little longer to come back down”.

Wednesday’s report is the last major indicator before the central bank’s October 27 policy decision. It’s not expected to move rates but Macklem is likely to reduce weekly purchases of Canadian government bonds to C$1bn ($810m), from the current pace of C$2b. Economists expect the central bank will need to raise inflation forecasts higher after third quarter inflation averaged 4.1% versus the bank’s 3.9% forecast.

Traders are pricing in at least three interest-rate hikes in Canada by the end of 2022, which would bring the policy rate to 1% from the current 0.25%.

Net income for the Mumbai-based unit rose 9% to 21.9-billion rupees in the quarter ended September 30
Companies
1 month ago
Next Article