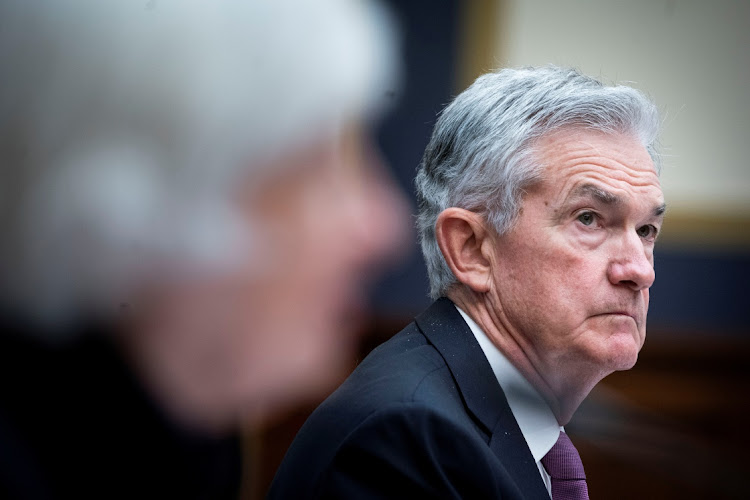 The Federal Reserve signalled on Wednesday it could start reducing its crisis-era support for the US economy by the middle of next month, with a growing number of its policymakers worried that high inflation could persist longer than previously thought.

Though no decision on a “taper” of the US central bank's $120bn in monthly asset purchases was reached at its September 21-22 policy meeting, “participants generally assessed that, provided that the economic recovery remained broadly on track, a gradual tapering process that concluded about the middle of next year would likely be appropriate,” according to the minutes of that meeting.

With the economy set to grow at its fastest pace in decades in 2021, inflation riding above the Fed’s comfort zone and the labour market much healed from the devastation of the coronavirus pandemic, Fed chair Jerome Powell and his colleagues want to start cutting back on the bond-buying programme the central bank put in place to spur the economic recovery from the coronavirus pandemic.

Policymakers discussed cutting the Fed’s purchases of Treasuries by $10bn a month and those of mortgage-backed securities by $5bn a month, said the minutes, which were released on Wednesday, though “several” participants preferred a faster reduction.

If a decision to begin tapering takes place at the Fed’s November 2-3 policy meeting, the minutes said, the process could begin in either the middle of that month or mid-December.

In a change from readouts of Fed meetings over the summer, policymakers were no longer described as “generally” expecting inflation pressures to ease as transitory factors “dissipated”.

Instead, the minutes suggested there were intensifying worries within the Fed over inflation, with “most” policymakers now seeing upside risks, and “some” concerned about elevated inflation feeding through to inflation expectations or more broadly into prices.

Still, “several other” policymakers attributed upward price pressures to pandemic-related supply bottlenecks that could be expected to abate.

With the wind-down in asset purchases imminent, attention now shifts to the timing of future interest rate hikes.

The Fed has promised to keep its benchmark overnight lending rate at the current near-zero level until the economy reaches full employment, and inflation has not only reached its 2% goal but is on track to stay modestly above that level for some time.

The central bank set those parameters when inflation had been running below 2% for years, and the big challenge was seen as lifting it up rather than tamping it down.

But now, the opposite problem may be emerging, as pent-up consumer demand fuels spending in a reopening economy and businesses, hobbled by supply bottlenecks, struggle to keep up.

Key for investors — and the millions of Americans who still can’t find jobs — is the question of whether policymakers will need to begin raising rates earlier to stop inflation from spiralling upward, potentially sacrificing labour market gains in the process.

Powell has played down the possibility of being forced into that uncomfortable position.

But the data may be trending against him. US consumer prices rose 5.4% in the 12 months through September, the US government reported on Wednesday, and traders of interest rate futures boosted their bets that the Fed would have to start lifting rates by next September.

In the minutes, “various” policymakers thought that economic conditions would likely justify keeping rates near their current level for “the next couple of years.” A “number”, however, felt rates would need to rise by the end of next year because they felt it would have reached full employment; “some” also thought inflation would remain elevated with risks to the upside, the minutes showed.

Play involved selling Treasuries, positioning for a steeper yield curve and increasing bullish bets on the dollar
Opinion
8 months ago

Other reasons for the bump include Norway’s becoming the first rich economy to raise rates since Covid-19 struck, and China Evergrande shares leaping
Markets
9 months ago
Next Article