Rosengren will retire this week due to a health condition 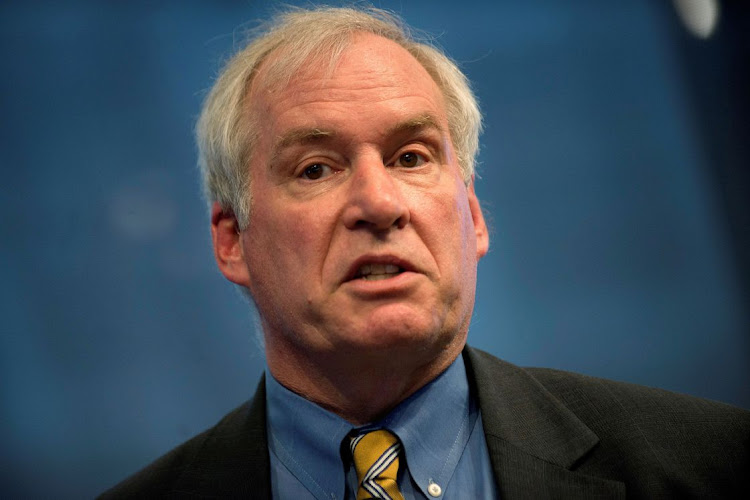 Federal Reserve Bank of Boston president Eric Rosengren will retire this week due to a health condition, a decision that also follows revelations about his trading activity in 2020.

Rosengren had served as head of the regional Fed bank for 14 years. He was due to step down by June, when he would have reached the mandatory retirement age of 65.

The Boston Fed, citing a long-standing kidney condition, announced the news in a statement on Monday. It said the search was under way for his successor.

“Rosengren’s resignation is an opportunity to get a more diverse set of views on the federal open market committee (FOMC),” said Julia Coronado, president of MacroPolicy Perspectives. “It really should be a priority.”

The news of his early retirement on Thursday comes in the wake of embarrassing disclosures about unusual trading activity in 2020 by Rosengren and Dallas Fed chief Robert Kaplan.

Powell, asked about the trading during a press conference after a meeting of the FOMC on September 22, did not disguise his frustration over the incident.

“No-one on the FOMC is happy to be in this situation, to be having these questions raised. It’s something we take very, very seriously,” he said. “I’m determined that we will rise to the moment and handle it in ways that will stand up over time.”

The trading activity by Rosengren and Kaplan was scrutinised for the potential conflict of interest at a time when the Fed is already under fire for emergency pandemic policies that critics say have elevated stock prices and benefited richer Americans.

Rosengren and Kaplan announced September 9 that they would both sell their individual stock holdings by September 30. Both said their transactions, which were detailed in annual financial disclosures submitted by all 12 regional Fed chiefs, complied with Fed rules.

Rosengren’s disclosure listed stakes in four separate real estate investment trusts and disclosed multiple purchases and sales in those and other securities. Those investments raised eyebrows because he has publicly warned about the risks in commercial real estate. He has also advocated for the Fed to consider scaling back its MBS purchases faster than Treasuries to avoid overheating the housing market.

Kaplan, a former senior Goldman Sachs executive, showed multiple $1m-plus transactions in 2020 as the US economy was convulsed by Covid-19.

The Boston Fed said that Rosengren had told staff he qualified for the kidney transplant list in June 2020, upon the worsening of a condition he has had for many years.

“It has become clear that I should aim to reduce my stress so that I can focus on my health issues,” Rosengren said in his letter of resignation to Powell.

The Boston Fed said a search was under way for his successor and that Kenneth Montgomery, the bank’s first vice-president and COO, would serve as interim president.

The Fed Board in Washington “will play a much greater role this just because of the reputational risk on both diversity and ethics”, said Derek Tang, an economist at LH Meyer, a policy-analysis firm in Washington. “We already have Goldman Sachs and we already have McKinsey,” he said, referring to Kaplan and Tom Barkin of Richmond, who is a former McKinsey & Co partner.

Regional Fed presidents are selected by the directors of their bank, subject to confirmation by the board in Washington. That’s different to board governors, who are nominated by the US president and confirmed by the Senate.

President Joe Biden has the opportunity to pick several people for positions coming vacant at the board, as well as decide whether to keep Powell on as chair when his term ends in February or select someone else.