Since March 2020, 64% of those seeking club membership and a home chose property inside a golf community 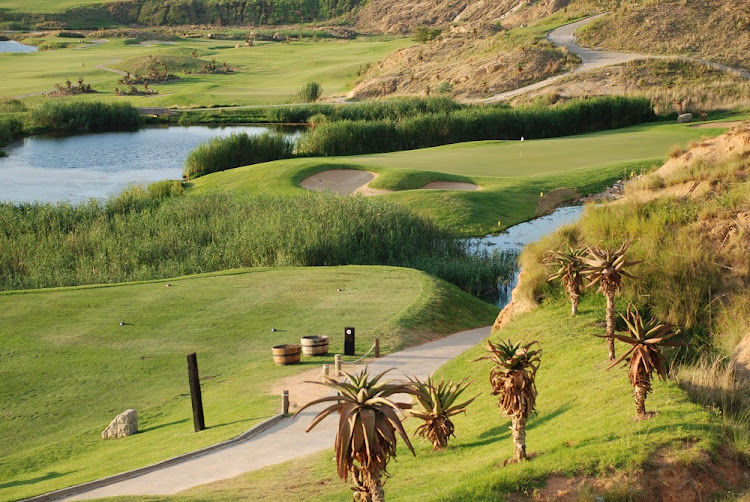 Wayne Swadron was not looking to be near a golf course when he bought a plot of land at South Carolina’s Palmetto Bluff in 2018.

Sure it had an 18-hole, par-72 course designed by the great Jack Nicklaus. But the 55-year-old architect in Toronto was more impressed by the area’s natural beauty and the breadth of other amenities. “We were principally looking for an escape from cold winters,” he says.

He was in no hurry to erect a home on the property either — that is, until March 2020. Once the reality of Covid-19 set in, however, he hurried to start and now considers it the family’s principal winter residence.

As recently as 2016, developers of golf communities were doing so poorly that they were donating courses to national parks to take a tax break. Hundreds of them closed during the last decade after the building boom of the 1990s and early 2000s. But like so much of life since the pandemic, everything around the game has changed: a new spate of beginners has taken it up — the National Golf Foundation estimates that a record 3-million people in 2020 tried golf for the first time. Existing fans have been playing more rounds, too, while sheltering in place and working remotely.

That rebound has extended to real estate as interest in vacation homes of all kinds has skyrocketed. “Demand for private golf club community amenities and real estate is at all-time highs,” says Jason Becker, co-founder and CEO of Golf Life Navigators, which matches homebuyers with golf course communities.

Surveys conducted by GLN found that, since March 2020, 64% of those seeking both a club membership and a home were choosing to buy real estate inside a golf community — a stark contrast from 2019, when only 51% intended to live on such properties. “Before Covid hit,” Becker says, “the demand was to buy outside the gates of a golf community. But you need people to live inside to support the amenities.”

As recently as 2016, developers of golf communities were doing so poorly that they were donating courses to national parks to take a tax break.

Dan O’Callaghan, director of sales for Discovery Land,  estimates that the residential-community developer was doing $60m  in sales annually before Covid-19, but that number jumped to $130m after. “In general, our numbers doubled during the pandemic,” he says.

Following a trend across the country and internationally, buyers in search of turnkey homes and cushy services discovered its development at Silo Ridge, 90 minutes from Manhattan in New York’s Hudson Valley. “If they’d had more homes that were completed,” O’Callaghan says, “we could have sold more.”

Developer Ben Cowan-Dewar reports that the properties in his latest project, Cabot St Lucia in the Caribbean, also sold well ahead of schedule. “The demand exceeded our wildest expectations” he says. “Product releases that we expected to take months sold in days.”

However, what is pushing this market segment is not really the golf. GLN’s survey found that the pandemic has increased the importance of safety and security for buyers, a perception that many of these communities invite with gates out front.

The evolution of remote work has also been critical. Both O’Callaghan and Chuck Cary, vice-president for sales at Kohanaiki Realty on the Big Island in Hawaii, say the biggest change they have seen on the property side is the home office build-out.

“It’s no longer a closet tucked off the kitchen,” Cary says. Instead, the office is a prominent feature of the home, allowing for expansive views, such as the ocean and mountains, as is the case with Kohanaiki. Two Apple executives have even moved their families there, committing to running their divisions away from the mother ship.

Broker Kevin Sneddon of Compass real estate calls it “the great reshuffle”, which is all determined by the lifestyle buyers desire. “People want to be in a tiny market. It’s a controlled environment, and it’s safe and luxurious.”

At Sand Valley Golf Resort in Wisconsin, where a private course, the Lido, is being built for homeowners, developers projected it would take seven years to sell its 17 lots, some as large as 9ha. But they are already sold out after a year.

“I don’t want to speak to the whole market,” says owner Michael Keiser Jr, who runs the property with his brother Chris. “But in Wisconsin, I feel like Americans have had an existential reckoning over the last year and a half of their lives. For a lot of people, the answer is spending time with my family and spending time in nature and working on my terms and working where I want to work.”

Location, as usual, remains a big catalyst for the growth at the properties run by Chris Randolph of South Street Partners, including Kiawah Island Club, Palmetto Bluff, and the Cliffs, a development that encompasses several properties along the North and South Carolina border. “They’re all in irreplaceable, beautiful settings,” he says.

But Randolph says the seeds of this uptick were planted before the pandemic. In the mid-2000s, “golf communities essentially just got overbuilt, and a lot of bad golf courses were constructed, which were used as a means to sell real estate without any focus on what that external experience or club experience would be like”, he says. “The segment took a major hit over the last 10 years, and candidly, I think it should have, because it wasn’t a thoughtful plan.”

Families, not retirees, are spurring sales now. Existing programmes and facilities have seen a boost — Kiawah Island Club’s summer camps and swim teams for children, for example, had many more attendees this summer than in past years.

At Silo Ridge, the hockey rink was the most popular spot last winter. Food trucks were brought in for those who were tired of cooking, and tutoring arrangements were set up to help with remote learning. The community is looking to expand on that programme with the help of nearby elite secondary schools, as well as add sports camps using the coaching staffs of those same institutions.

At each of Randolph’s properties, the buyers — parents or grandparents who wanted their extended families nearby — have been the ones pushing for both housing and new ways of living. Club use by legacy members at a Cliffs community in Asheville, North Carolina, is up more than 110% since 2019. At Palmetto Bluff, where the architect Swadron bought a plot in 2018, 45 families are now living there full-time with school-age children.

Swadron’s four sons are not school-age anymore, but the plot was a pandemic boon for them nonetheless. “Initially we expected to be there sporadically,” he says. But as a result of the lockdowns and closures last year, each of them was there during the winter for anywhere between four weeks and four months.

“This was an unexpected pleasure to spend large amounts of quality time together in our new home as a family,” Swadron says. “The house was designed with this possibility in mind, but we never really expected it to happen.”

Winelands property gets a pandemic boost

Winelands property gets a pandemic boost