Twenty years on and 9/11’s children carry the dreams of those who died, with their own

They are making their way, moving up, looking forward — and, at the same time, always looking back 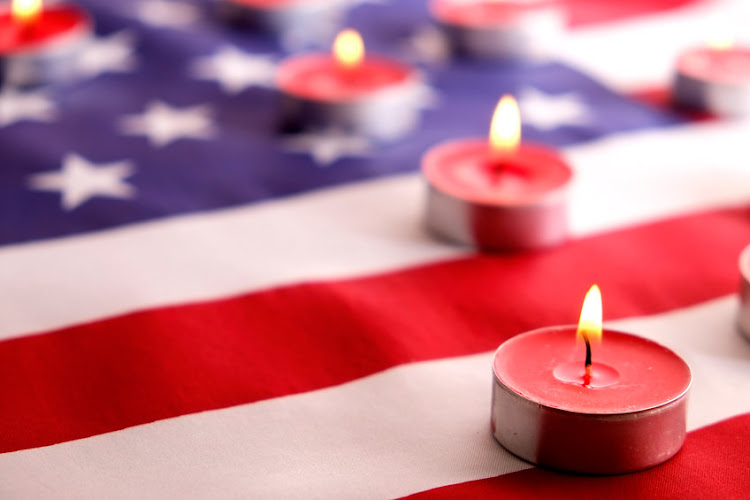 The little girl set her dad’s sneakers by the door. He snugged the laces and set off to work.

That girl, Maggie Smith, is 22 now. It’s been two decades since her father, Jeffrey Smith, jogged across Lower Manhattan that morning to his office at the investment banking firm of Sandler O’Neill & Partners, on the 104th floor of the World Trade Center. He was killed when the twin towers were brought down that day — one of the 2,753 people who died after the attack in New York City on September 11 2001.

Year after year the date kindles memories. There will be grief again this time, and the keening of bagpipes, and the solemn recitation of names.

The children of 9/11, about 3,000 in number, are grown up now and chasing their own dreams. A few dozen have sworn an oath, like the parents they lost once did, to serve New York as firefighters or police officers. And a few dozen, like Maggie Smith, have followed the ones they lost onto Wall Street — some into the very same investment firms. Smith, fresh out of Cornell, started at Piper Sandler, the successor to Sandler O’Neill, on July 21.

Time heals. But this September 11, the 20th commemoration, feels particularly poignant for Wall Street’s 9/11 generation. They’re making their way, moving up, looking forward — and, at the same time, always looking back. Some went to Wall Street to follow in their parent’s last footsteps. Others simply discovered they liked finance and had a head for numbers. Or maybe, as in the case of Smith, it was a bit of both.

“It’s really special, and it makes me very, very happy that I have the opportunity to grow the memory of him and create my own legacy at the same time,” Smith says of her father. “I want to be able to have an impact on the company in the way that my dad wasn’t able to.”

Few could’ve predicted all that would follow 9/11 — the longest war in US history, the loss of trust in institutions, political divisions so bitter that a mob would storm the US Capitol. Twenty years after dust choked Manhattan streets, the nation and world confront Covid-19. For now, New York — its next mayor set to be elected in November — is pushing forward with restless energy.

Sandler was one of the hardest hit firms on 9/11. Of the 83 employees who were in the office that morning, only 17 made it out alive. Sandler lost two of its leaders: co-founder Herman Sandler and Chris Quackenbush, head of investment banking. Jeffrey Smith, an equity research analyst, was 36. He’d worked there for five years.

That Jimmy Dunne survived was just blind luck: he happened to be on the golf course that morning. Quackenbush’s best friend since childhood, Dunne went on to chart the course for Sandler’s long journey back, eventually sealing a deal with Piper Jaffray in 2019. Along the way, Sandler — like several other hard-hit firms — paid for college for the children of employees who were killed. Two people, including Smith, who lost a parent at Sandler now work at the firm.

Over the years Dunne has urged Sandler kids to pursue careers in finance — but only if they enjoy the field and have what it takes to succeed. He’s never heard one of them say that he or she was getting into the business solely because of their parent.

“And if they did say that to me, I would tell them that’s a mistake, that they have to lead their life,” says Dunne, who is vice-chair of Piper Sandler and now works out of offices in Midtown.

On a lunch break not far from those 6th Avenue offices, Smith says her interest in finance was piqued by a course she took to fulfil a college requirement. One of her father’s former colleagues encouraged her to apply to Piper Sandler. These days she sometimes passes the plaque in the office that commemorates the 66 people at Sandler who were killed on 9/11, among them her father. She didn’t think she’d end up in the same line of work as him but felt proud to discover “a piece of my dad in me”.

It’s difficult to say exactly how many other children of 9/11 have followed a parent into finance. Kathy Murphy, programme director of Tuesday’s Children, an organisation for 9/11 families, estimates only a few dozen are second-generation finance workers — a rare cohort united by tragedy.

Twenty years on, the scale of the losses still stagger. Three out of every four people who worked in New York for the brokerage Cantor Fitzgerald, 658 in all, died when the North Tower collapsed. CEO Howard Lutnick has since rebuilt the firm, and then some.

At the boutique bank Keefe, Bruyette & Woods, 67 of the 171 New York employees were killed when the South Tower fell (KBW was acquired by Stifel Financial in 2013). There aren’t any children of those who were killed currently working at KBW, but several have interned with the firm over the years. At Aon, the British insurer, 176 were killed (Children of three who died now work at Aon).

The list goes on. Morgan Stanley lost 13 employees in New York on 9/11. Bloomberg LP, the parent of Bloomberg News, lost three. Outside Washington, at the Pentagon, 184 people died. Forty were killed when United Airlines Flight 93 crashed in Pennsylvania.

RJ Hennessey still remembers his mother, Miriam, speaking to his father over the phone after American Airlines Flight 11 struck Tower One.

I’ll try to get out, he told RJ’s mother. Brian Hennessey, a stockbroker at Cantor Fitzgerald, didn’t make it. He was 35 years old. A police officer delivered Brian’s wedding band to the family’s home in New Jersey. RJ was four; he’s 24 now.

Sitting on Pier A in Hoboken, New Jersey, across the Hudson from Manhattan, RJ Hennessey says he didn’t want to grow up to be a stockbroker like his dad. But, much like his father, he has a head for numbers. Today, he’s an accountant at Deloitte.

Growing up, he made a point of zigging where his father zagged.  “He was a Cowboys fan, I’m an Eagles fan,” he says. “He was a Yankees fan, so I’m a Mets fan.”

He has sweeter memories too. Like the day his father took the family to the Land of Make Believe amusement park. Or the games of hide-and-seek his father would play with RJ and his older sister after coming from his office at the World Trade Center.

Of his accounting career, he says: “I just found my way there.” But he assumes he inherited his father’s analytical mind and aptitude for numbers — and that in his work, as everything else, his father is a part of him. “It feels full circle even though he didn’t have any influence over what I did,” he says.

Like Hennessey, John Candela was four when his father was killed. The elder Candela, also named John, was a senior stock trader at Cantor. He was 42.

Today, at 24, his son remembers how his father once surprised his grandmother with a new refrigerator; how, after rain storms, he would drive around the neighbourhood picking up fallen branches; how he kept a bowl of candy on his desk at Cantor.

“He was a people person,” Candela says of his dad. He remembers him as “the most generous, fun-loving guy, who would always put his family first before anything else”.

GRACELIN BASKARAN: Twenty years later, 9/11 is still an intimate part of my life

Candela says his father had intended to study music until his own father, young John’s grandfather, persuaded him to pursue another avenue. But the work was lucrative enough to support the family and, in fact, shaped his parents’ lives: For their first date, John Candela hired a limousine to whisk his future wife, Elizabeth, to Windows on the World, the restaurant atop the World Trade Center’s North Tower.

Candela doesn’t know whether his dad loved his work. He just knew he wanted to be like him.

“Most kids say they want to be a firefighter or a police officer or a Nascar driver,” Candela says. “But I wanted to do what my dad did.”

After attending Muhlenberg College, he interned at Arcview Capital, which focuses on industries like cannabis, biotech and media. In 2020, he parlayed the experience into a full-time job there. He says he thought of his father when he made his first cold call to a potential client. “I want to be the best version of myself for him,” Candela says. “Obviously, there is a part of me that wants to make him proud.”

Back at Piper Sandler, Evan Lozier keeps a photo of himself and his father, Garry Lozier, on his desk. Garry Lozier was a MD at Sandler O’Neill. He was 47 when he died. Evan, the oldest of three children, was 10; he’s now 30.

Evan Lozier remembers the difficult years after 9/11, how his family struggled with their loss. For months the children and their mother, Kathy Lozier, slept in the same room. Evan did laundry and other chores and helped look after his sisters.

“I kind of feel like I was robbed of a childhood in a lot of ways,” Lozier says. “I was so scared of losing my other parent.”

Lozier was starting at a new school in Connecticut on September 11 2001. He didn’t want to go. He stayed in his room and didn’t talk to his father before his dad left for work at Sandler.

Later that morning, the principal interrupted class and pulled Evan aside. Then his mother, Kathy, called and told him the news. A teacher drove him home. Kathy Lozier was waiting on the front steps with a framed picture of her husband.

As years went on, Evan Lozier struggled at times with school and, as an escape, delved into history and US foreign policy in the Middle East, and then into finance and the stock market. The Wall Street connection made him feel closer to his father, who had encouraged young Evan to shovel snow and rake leaves for his neighbours and to save the money he earned. He eventually went to Lehigh, his father’s alma mater in Pennsylvania, and joined Sandler in 2014 as an intern. He’s now an associate in structured finance.

“I never thought I wanted to end up working for Sandler,” Lozier says. Now, when he has an important meeting, he carries a silver dollar that his father used to have — a reminder to try as hard as he can, as his father taught him. “Maybe I’ll be up till three in the morning,” he says. “But at least I’m satisfied, and at least my dad would be satisfied.”