US prosecutors lay out case against Theranos founder Elizabeth Holmes

In opening statements in high-drama trial, prosecutors accuse Holmes of ‘lying and cheating’ while defence says she broke no laws 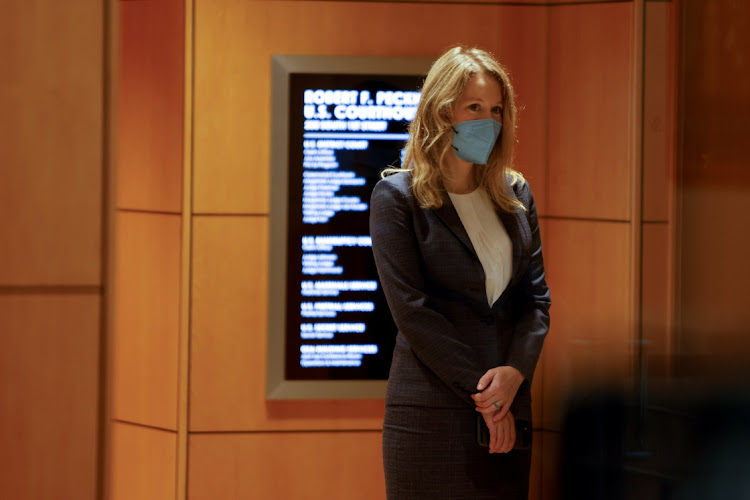 US prosecutors said in court on Wednesday that the rise and fall of Theranos founder Elizabeth Holmes was a story about “lying and cheating” in a trial that promises to be the highest-drama white-collar criminal trial in Silicon Valley history.

Starting in 2009, Holmes made “grandiose claims” about how Theranos blood-testing machines would be on helicopters in various locations around the world and that the company would soon achieve revenue of hundreds of millions of dollars, Bob Leach, a lead prosecutor, told jurors in opening arguments in San Jose, California.

“This is a case about fraud, about lying and cheating to get money,” Leach said. Holmes, 37, the company’s former CEO once dubbed the world’s youngest female self-made billionaire, is charged with a dozen counts of fraud and conspiracy that could send her to prison for as long as 20 years if she’s convicted.

She’s accused of lying to patients, doctors and investors about the accuracy and capabilities of Theranos blood-testing machines. Media exposes and regulatory investigations led to the collapse of Theranos, which was dissolved in 2018.  Lance Wade, an attorney for Holmes, said in his opening argument that Holmes “did not go to work every day intending to lie, cheat and steal”.

“The government would have you believe her company, her entire life, is a fraud,” he told the jury. “That is wrong. That is not true. Elizabeth Holmes worked herself to the bone for 15 years trying to make lab testing cheaper and more successful.”

Wade continued: “In the end Theranos failed and Elizabeth Holmes walked away with nothing. But failure is not a crime. Trying your hardest and coming up short is not a crime. By the time this trial is over you will see that the villain the government just presented is actually a living breathing human being who did her very best every day and she is innocent.”

The task for both sides Wednesday is to outline a narrative of events to the jury of seven men and five women. In a trial expected to go until December, a successful opening explains generally what the case is about, the key players and what jurors should be looking out for, said Amanda Kramer, a former prosecutor turned defence lawyer.

“The opening statement is a little bit like drawing the boxes that the story is going to be sketched out in, and labelling the scenes,” Kramer said.

It wasn’t immediately clear whether Holmes will argue, as her lawyers have alluded to in court filings, that she couldn’t have formed the intent to defraud patients and investors because she was abused and controlled by her boyfriend at the time, former Theranos president Ramesh “Sunny” Balwani.

Balwani has denied the allegations and faces a separate trial on the same fraud and conspiracy charges in 2022.

Prosecutors have signalled they intend to call Erika Cheung as one of the first witnesses. Cheung was a whistle-blower and critical source for former Wall Street Journal reporter John Carreyrou’s series of stories in 2015 that exposed the failings at Theranos that ultimately led to its collapse. In an HBO documentary and a TED talk she has described in great detail the “red flags” she detected and raised at Theranos labs.