Visits to US doctors are becoming a walk in the park 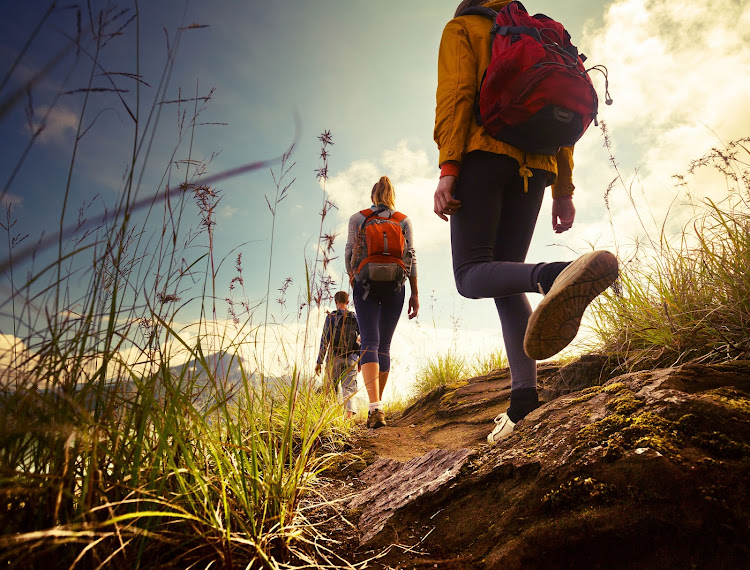 Washington — When Annette Coen went for a health check-up last summer in Washington state, she and her doctor discussed concerns about her weight and asthma. Then her doctor offered a novel prescription: regular hikes in the woods.

He gave Coen a one-year pass to Washington’s state park system and told her to “go for walks, go camping, do what you need to do”, Coen, now 53, told the Thomson Reuters Foundation.

A year on, she said the park prescription was a “great experience” for her and her whole family. “I have lost 13.6kg since April this year ... just being out and about.”

With the Covid-19 pandemic highlighting the health benefits of spending more time outdoors, a growing faction of the US medical community is prescribing time outside the same way they would traditional medication. The idea of writing out park or nature prescriptions has taken hold particularly among paediatricians.

“It all came together” during the pandemic, said Maya Moody, president-elect of the Missouri chapter of the American Academy of Pediatrics (AAP), pointing to spikes in childhood anxiety and paediatric obesity since the coronavirus outbreak started.

This April, she became one of about a dozen paediatricians across the state who have started offering nature prescriptions. “When I give a prescription, it’s specific, just like an antibiotic. They use it for this many days, and I say go to this park,” she explained.

Buy-in has differed with different age groups, Moody noted, with younger children and their parents being more open to the approach but teenagers expressing scepticism.

“Sixteen- and 17-year-olds look at me and say, ‘You want me to get off TikTok and get an actual tick in the woods?'" she said.

But Moody said doctors and health experts now seriously looking at how something as simple as a walk in the park can help patients, is exciting.

A spokesperson for the AAP said the group is forming a committee on the issue of nature prescriptions but declined to offer additional details.

Researchers have linked time spent in nature with decreased anxiety, reduced risk of obesity and even reduced overall mortality.

Nature prescriptions are still new, so there is little data on their effectiveness, but one 2018 analysis by researchers from Britain’s University of East Anglia did find they “may have substantial benefits”.

There has been much more research done on the general benefits of being outdoors. Starting in September, a study supported by the Welsh government will look at the benefits of treating hospital patients outside.

Stryer is also associate medical director with Park Rx America, an online platform that helps medical professionals write nature prescriptions. Using its database of thousands of parks and public lands, prescribers can filter by activity, distance from a patient’s home and amenities such as playgrounds.

“Once [the patient] decides on where to go, the prescriber talks about what they should do — maybe walk a dog? And how often — maybe every Monday, Wednesday and Friday for 30 minutes?” she said.

Writing out an actual prescription for time in nature gives patients a useful extra push, said Brent A Bauer, research director of integrative medicine and health at the Mayo Clinic in Minnesota.

“More than half of my patients who receive a ‘prescription’ for time in nature go ahead and do so successfully,” he said.

A census of park prescription programmes in 2020 estimated that there were more than 100 across the US.

The Pittsburgh Parks Conservancy began a pilot programme in collaboration with the UPMC Children’s Hospital of Pittsburgh in 2016, after a paediatric resident was leading patients in a weight management clinic, said Kathryn Hunninen, a senior manager with the conservancy.

“He wanted to encourage patients to get outside but didn’t know where to send them,” she said. “This started with an inquiry from him to the parks system and has blossomed from there.”

In a 2018 survey, more than 80% of personnel at participating Pittsburgh clinics said they were frequently recommending that patients visit parks.

In 2020, Salt Lake County in Utah offered park prescriptions to its employees “to improve or maintain physical and mental health while building sustainable health behaviours”, Sarah Kinnison, who oversaw the programme, said in an email.

That first year, 335 employees participated, and the county is running the programme again this northern autumn.

While more doctors are looking at using time outside as a medical strategy, park prescription programmes face issues of access.

In low-income neighbourhoods, parks are four times smaller and more crowded on average than parks in high-income areas, said a study released in 2020 by the Trust for Public Land, a nonprofit that analysed government data from 14,000 US towns and cities.

It also remains unclear how to keep the programmes financially sustainable. Currently, they have to rely on ad hoc funding, often cobbled together from grants, philanthropy or as publicly funded pilot projects.

The costs involved are not particularly high, but they do exist, said Bradford S Gentry, co-director of the Center for Business and the Environment at Yale University. They could include the costs of park passes, the salaries of community health workers and park workers to co-ordinate and lead programmes, and transportation to and from the green space, he said.

“If there are all of these [health] benefits, how do we move from grant funding or public funding to health systems funding?” asked Gentry, who focuses on the intersection of health and land conservation.

“I haven’t found an answer yet.”

The US department of health and human services did not respond to a request for comment.

Gentry pointed to Oregon, where work is under way to try to tackle the funding issue by requesting that certain federal rules be waived involving Medicaid, the US government’s health-care programme for low-income people.

Every five years US states have the opportunity to request such a waiver, if they can show it will result in better care and cost no extra money, said Lori Coyner, who was the state’s Medicaid director until July and is now senior Medicaid policy adviser at the Oregon health authority.

The state’s waiver request is due in December, when it plans to ask for more flexibility in how local organisations deal with health issues.

“We believe there is real opportunity to use some of these Medicaid dollars ... to promote spending more time outdoors,” Coyner said.

A third dose is associated with at least a 10-fold reduction in the risk of falling seriously ill, researchers say
World
2 weeks ago