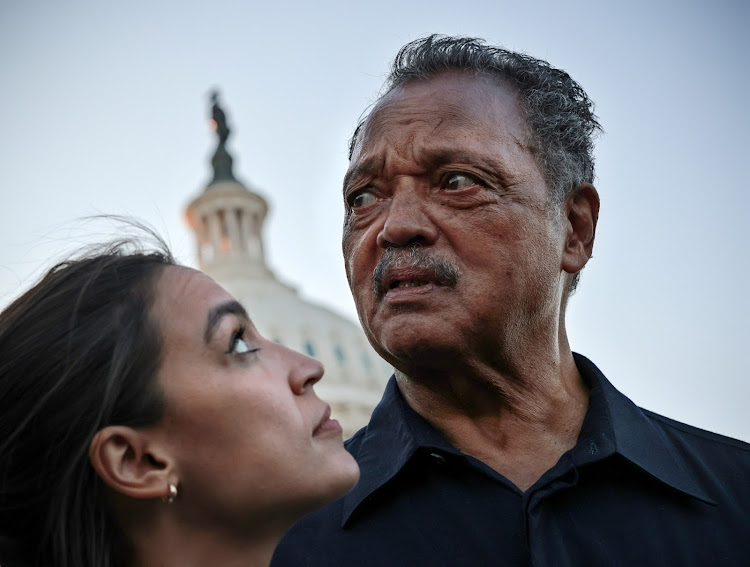 Civil rights leader and former Democratic politician Jesse Jackson and his wife are in hospital after testing positive for Covid-19, the group he founded said in a statement.

Jackson, 79, and his wife Jacqueline, 77, were admitted to Northwestern Memorial Hospital in Chicago, the statement issued by the Rainbow PUSH Coalition said on Saturday.

“There are no further updates at this time. We will provide updates as they become available,” the statement added, noting that anyone who was in the vicinity of the couple in recent days should follow public health guidance.

Jackson, who was diagnosed with Parkinson’s disease in 2017, had spent decades advocating for the rights of black Americans and other minorities dating back to the turmoil of the civil rights movement of the 1960s, spearheaded by his mentor Martin Luther King.

The US Food and Drug Administration (FDA) is aiming to give full approval to Pfizer’s Covid-19 vaccine on Monday, the New York Times reported on Friday.

The approval could boost the vaccination campaign by convincing more unvaccinated Americans that Pfizer’s shot is safe and effective and also make local officials more comfortable in implementing vaccine mandates.

The US military is expected to require that service members get vaccinated  soon after Pfizer’s shot is authorised and other major US employers could follow suit.

Vaccine hesitancy has been a major hurdle to the White House's goal of getting all eligible Americans vaccinated against the  coronavirus. About 60% of adults aged 18 and over have been fully vaccinated even as the infectious new Delta variant  has contributed to a surge in cases.

Separately, the Federal Reserve Bank of Kansas City’s annual economic symposium in Jackson Hole, Wyoming, will take place on August 27 virtually and not in person as planned, the clearest signal yet of the central bank’s increasing worries about the affect of the Delta variant.

The Fed had said on Thursday that Fed chair Jerome Powell would not be attending in person and would give his speech on the economic outlook remotely.

Israeli data suggests booster shots given in the past few weeks are cutting the risk of infection in older people compared with those who received ...
World
4 months ago

Japan recorded 25,146 new infections Thursday, the highest to date  and more than 10 times the daily count from a month ago
World
4 months ago
Next Article