Sale stretches clear across America, starting in the Deep South and running over a thousand kilometres to within a few hours’ drive of Canada 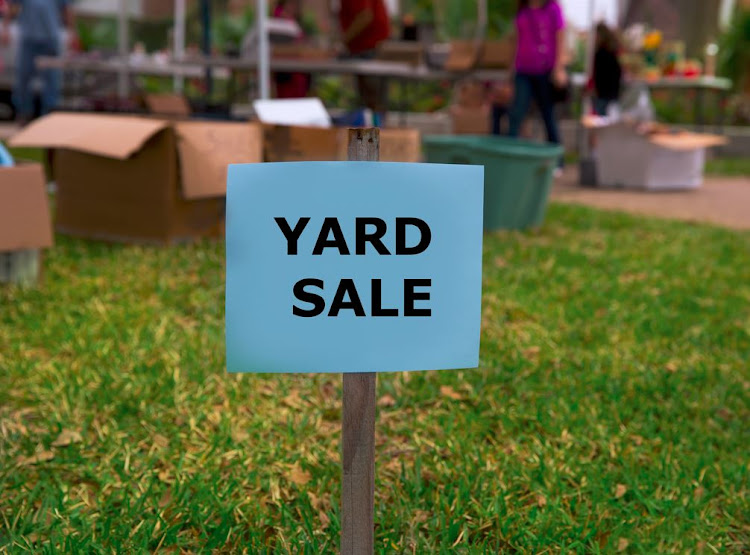 Arguably the biggest bargain hunt anywhere, the Route 127 Yard Sale stretches clear across America. Starting in the Deep South, the annual event runs 1,110 kilometres (690 miles) to within a few hours’ drive of Canada.

Beginning in the rural Alabama town of Gadsden, it spans six states and attracts vacationing motor home enthusiasts, antique pickers and anyone who just loves to haggle. The sale is actually hundreds of little sales in hundreds of front yards, and perhaps just as many commercial vendors.

Farms, church parking lots and empty fields play host to table after table of second-hand merchandise all along the route. Tools, clothes, vintage glassware, boxes of old matchbox cars and “junktiques” abound. Traffic jams clog two-lane roads as columns of motorists slow down to gauge whether they should stop.

Rows of pop-up canopies and folding tables covered with dusty treasure fill roadsides that sit empty the rest of the year. “Make me an offer,” reads one vendor’s sign. “Yes, I will go lower on price,” proclaims another. Whether you’re looking for a bin of old roller skates or a dozen surplus swivel chairs, there’s something for everyone at the 127 Yard Sale, which started in the late 1980s. There are $2,500 (R37,000) porcelain Coca-Cola signs and 25-cent golf balls. From the boring to the bizarre, there’s no telling what will turn up.

Leaving Alabama behind, the sale passes through Georgia along Lookout Mountain Parkway. In one driveway, a pair of lawn fertiliser machines and a set of zebra-striped luggage are for sale in front of a breathtaking view of the valley 457 metres (1,500 feet) below. Crossing the Tennessee River, the sale finally meets up with its namesake: Route 127. Legend has it that the event, which takes place on the first weekend of August, began in Tennessee. Hundreds of sales and larger vendor stops punctuate the route from Signal Mountain, an affluent suburb of Chattanooga, north to Pall Mall, the humble hometown of World War I hero Alvin C. York, near the Kentucky border.

In the historic frontier town of Harrodsburg, Kentucky, the local Baptist church fires up the barbecue every year and serves free hot dogs to sale-goers. Just up the road from the quaint downtown, a field filled with more than 50 vendors includes local sellers and nomadic antiques dealers who arrive every year in beat-up school busses and Airstream trailers. All weekend long, deal-seeking couples push strollers throughout the temporary encampment, on the hunt for rare finds and retro décor.

With the horse farms and bourbon distilleries of Bluegrass country in the rear-view mirror, Route 127 follows the Ohio River north before skirting Cincinnati. In western Ohio, endless cornfields provide a backdrop for the thickest grouping of yard sales along Route 127. The uniform patterns of neatly planted rows stretch to the horizon mile after mile, punctuated by the occasional circus tent filled with potential loot.

Somewhere north of Hamilton, Ohio, the “yard sale” signs become few and far between. They’re eventually supplanted by signs advertising “garage sales.” For one reason or another the South is yard sale territory. The Midwestern states, on the other hand, call them garage sales. (In the Northeast, they’re called tag sales). Aside from the difference in nomenclature, there seems to be no discernible difference.

As Route 127 crosses into Michigan and nears the event’s northern end in Addison, the frequency of garage sales begins to decline. Perhaps by Sunday afternoon, sellers have simply had enough of manning their cash boxes. With another Route 127 yard sale in the books, vendors began to pack up their unsold wares, fold up card tables and pull up tent stakes. Until next year.

With the clock ticking, the agency should turn to the US’s high-flying entrepreneurs to get the job done — and get the moon mission back on track
World
3 months ago

The FDA’s action is designed to protect people most likely to be harmed or die from Covid-19, even if they are already fully vaccinated
World
3 months ago