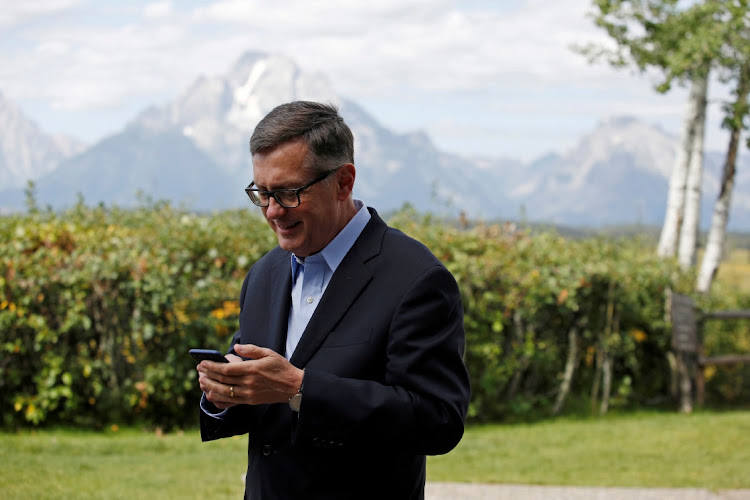 Federal Reserve vice-chair Richard Clarida says the central bank is  on course to pull back on the huge support it is providing to the pandemic-damaged economy, starting with an announcement later in 2021 that it is paring bond purchases and moving on to a lift-off in interest rates in 2023.

While acknowledging that the rapid spread of the Delta variant posed a downside risk to the economy, Clarida on Wednesday painted an upbeat picture of the outlook in the coming years as growth powers ahead and inflation falls back from its recent elevated levels.

The “necessary conditions for raising the target range for the federal funds rate will have been met by year-end 2022”, paving the way for a lift-off from near-zero rates in 2023, he told a webinar held by the Peterson Institute for International Economics.

His comments helped to harden wagers in the money markets for an initial rate hike in early 2023, after they wavered earlier on news of a marked slowdown in private sector hiring in July.

The Fed has said it will keep short-term interest rates pinned near zero until the labour market has reached maximum employment and inflation has risen to 2% and is on track to moderately exceed that level for some time. In economic projections released in June, a preponderance of policymakers pencilled in two interest-rate hikes by the end of 2023.

The economy has forged ahead strongly in 2021, after swooning in 2020 amid the pandemic. GDP rose at a 6.5% annualised rate in the second quarter, following a 6.3% gain in the first three months of the year.

“The monetary and fiscal policies presently in place should continue to support the strong expansion in economic activity that is expected to be realised this year, although, obviously, the rapid spread of the Delta variant among the still considerable fraction of the population that is unvaccinated is clearly a downside risk for the outlook,” Clarida said.

If growth does stay strong, Clarida said he’d be in favour of the Fed making an announcement later in 2021 that it will begin to scale back its bond purchases.

The Fed is currently buying $120bn of assets per month — $80bn of treasury securities and $40bn of mortgage backed debt — and has pledged to keep up that pace “until substantial further progress” has been made towards its goals of maximum employment and 2% inflation.

Policymakers have publicly staked out differing positions on how soon to begin scaling back that support, with some saying that a decision to do so should come at the federal open market committee’s next meeting in September.

Clarida said that he expects the imbalances between supply and demand that are pushing up prices to dissipate over time and inflation expectations to remain anchored. But, he added, ‘the risks to my outlook for inflation are to the upside”.

As the economy has reopened, inflation has surged more than the Fed and most private forecasters expected. The personal consumption expenditures price index that the Fed targets rose 4% in June from a year earlier as supply snafus pushed up prices.

Clarida said his projection of an interest rate lift-off in 2023 is consistent with the 2% average inflation targeting regime that the Fed adopted in 2020 and incorporates the reality of an expansionary fiscal policy that has resulted more than $2-trillion in excess household savings.

Clarida’s term on the Fed board expires in January. Fed watchers don’t expect US President Joe Biden to nominate him for another term.

Central bank governor is non-partisan despite his Republican pedigree, and remained independent in the face of Donald Trump’s public attacks and ...
Opinion
4 months ago

Adjusted value of locally produced goods and services climbs to an annualised $19.36-trillion, eclipsing its pre-pandemic peak
World
4 months ago
Next Article