Rural communities in the US are ‘indispensable’ to achieving the country’s climate goals, a new report notes 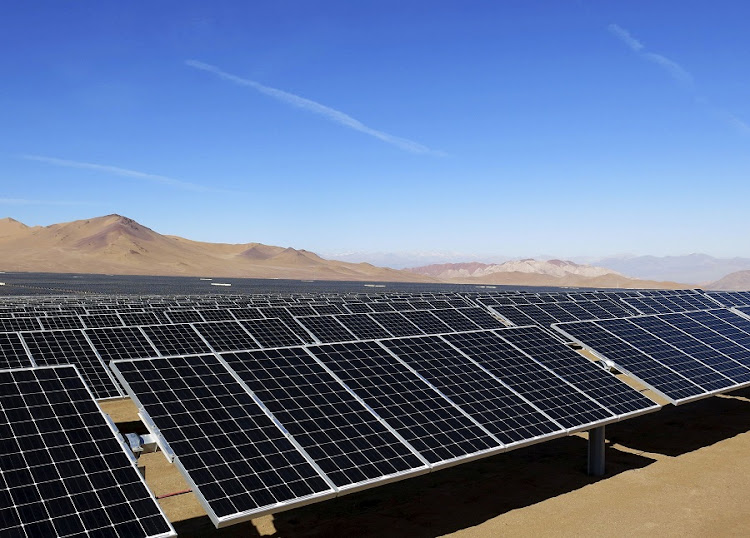 Washington — Steering billions of dollars in climate-related federal spending to rural parts of the US would generate a substantial return on investment, researchers said Wednesday, urging policymakers to seek regional equity in the clean energy transition.

Spending nearly $15bn annually over five years on measures like renewable energy, protection against extreme weather and wildfire management could create nearly 260,000 jobs each year in rural US counties, according to estimates by the World Resources Institute (WRI), a Washington-based think-tank.

The new investments would help generate economic benefits of roughly $1.5m in rural areas for every $1m in federal money spent, a WRI report found.

Policymakers should understand that rural communities across the US are “indispensable” to achieving the country’s climate goals, said Devashree Saha, a senior associate at WRI and co-author of the report, pointing to the growing prevalence of wind turbines and solar projects in those areas.

“We have to make sure that as Congress and the Biden administration talk about infrastructure investment, the needs of rural communities are prioritised,” Saha told the Thomson Reuters Foundation, adding that those needs included roads, bridges, hospitals and other emergency services.

The WRI projections come amid a broader debate over how to secure a “just transition” to mitigate the economic fallout from moving away from fossil fuel-heavy energy sources like coal and oil and towards renewables such as solar and wind power.

The report assumed that a limited set of policies selected by researchers would require a total of $55bn in annual federal spending over five years.

Some measures, like extensions of existing tax credits and incentives for renewable energy and efficiency upgrades, have a good chance of getting congressional approval.

But it may be harder to push through substantial new spending for items such as repurposing abandoned coal mine sites, another top priority for the US president and Democrats.

Based on existing funding rules, the WRI researchers estimated that roughly $15bn of the total spending would flow to rural counties.

But they acknowledged that additional state and local policies, like using geographic equity as a benchmark for allocations, may be required to hit that projected rural share.

Of the estimated 260,000 jobs the spending would create annually in rural locations, nearly 45% would go to economically disadvantaged counties based on factors such as poverty and education levels, they said.

Top states for projected job creation include California, Texas, Missouri, Ohio, and Pennsylvania — none of which fit neatly into a clear political or geographical box.

A chunk of the spending — $1.5bn per year — would go towards managing wildfire risk through measures like controlled burns and tree thinning in forests, WRI said.

Wildfires, fuelled in part by heat and drought, are an immediate climate-related concern as they burn through large swathes of forest in states like Oregon and California.

The researchers projected that more than 70% of wildfire management funds would flow to rural communities, generating $3.3bn in economic impacts through, for example, manufacturing new products from felled trees.

The tailored set of policies — which did not include some major federal climate priorities such as electric vehicles — could help bridge the “rural-urban divide” by tying decarbonisation efforts to economic opportunities outside cities, the report said.

Doing so could help convince more people to embrace aggressive climate action in a country where views are often defined by political ideology and, in turn, geographic region.

Many conservatives, notably those from fossil fuel states like West Virginia and Kentucky, argue that a green transition away from coal, oil and gas will kill jobs and hike energy prices at the expense of middle America.

Myron Ebell, director of the Center for Energy and Environment at the Competitive Enterprise Institute, a free-market-orientated think-tank, said some climate hawks expected rural America to “put up hideous and environmentally destructive windmills and solar panels everywhere”.

But some Republican-leaning regions have actually encouraged farm owners to let companies install wind turbines on their land in exchange for royalties, noted Jeremy Richardson, a senior energy analyst at the Union of Concerned Scientists.

“That’s been a real boon to a lot of rural communities — particularly in the plains,” he said. “I think people have to be able to see themselves as part of the clean energy economy.”

Energy giant, which is the exclusive supplier of LNG to the powerships, says delays in programme will have affect SA’s electricity security
National
1 year ago
Next Article