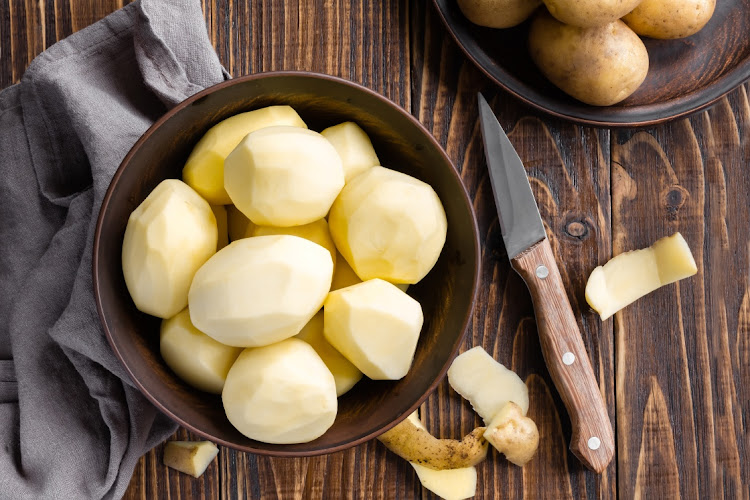 Washington — Helen Atthowe has farmed organically for decades, but when she and her husband bought a new farm in Oregon in 2016 they had to wait several years before they could formally again call themselves organic producers.

The 85ha farm had long been cultivated using standard fertilisers, so before the US government would certify Atthowe’s fruits and vegetables through its national organic programme, the land had to rest for three years.

Atthowe is now finally applying for certification. But for some, that wait is too onerous. The farmer said she knows of grain producers who wanted to be certified organic faster so they turned to untouched land nearby.

“It was easier to destroy that native prairie to bring it into organic production,” she said.

Native ecosystems are integral to organic farming, said Atthowe, explaining that many organic producers rely on “beneficial” local insects to cut down on the need for pesticides.

“It makes no sense to have a loophole that would allow their destruction,” she said.

Now organic farming advocates are looking to close that loophole, with some putting their hope in support from the new Biden administration and others creating their own certification to make up for what they see as failings in current policy.

Organic programmes in about a dozen other countries bar the conversion of wildland for organic farming, but it is not specifically outlawed under the US programme.

Two years ago, the Amazon was burning. Were [farmers] going to grow organic soybeans? We don’t know, but we want to make sure they were not

Harriet Behar, former chair of the National Organic Standards Board

According to department of agriculture survey results released in 2019, the most recent available, certified organic farms reported that they were transitioning more than 103,200 additional hectares to grow organic produce.

Farms that were not yet certified were doing the same with more than 24,500ha. The report does not say what sort of land is being converted.

The issue has been simmering on the margins of farming, conservation and policymaking circles for several years, said Jo Ann Baumgartner, executive director of the Wild Farm Alliance, an advocacy group.

“Ideally growers would just rent or buy some land that was already organic, but since that is in short supply, they will look for some land that hasn’t ever been farmed before,” she said.

Reports on the issue so far are ad hoc, but Baumgartner said the alliance has received many, pointing to one from an agricultural inspector in Colorado who found a grower had converted 404ha of prairie land.

In an e-mailed statement, a spokesperson for the US department of agriculture, which runs the programme, said the regulatory framework for organic production “includes a strong environmental protection mandate”.

That mandate requires farmers to “conserve biodiversity by incorporating practices in their organic system plan that are beneficial to biodiversity on the operation”, the statement reads.

The national organic programme, created in 2000, revolves around a label for food and other products indicating to consumers that production took place under a set of standards that includes no use of synthetic fertilisers or genetic engineering.

It also requires producers to conserve an area’s biodiversity, strengthen soil and water quality, and maintain wetlands and woodlands.

The label has seen huge use: the Organic Trade Association said organic sales in the US rose last year more than 12% to nearly $62bn, a record amount that the industry group put down to increased home cooking amid the pandemic.

The organic sector worldwide is expected to near $500bn by 2027, according to a March report from research firm Global Industry Analysts.

Of the more than 45,500 farms certified under the US programme last year, about 38% were outside the US, data from the department of agriculture show.

For some organic advocates, that figure highlights the scope of concern about native ecosystem destruction.

Harriet Behar, an organic farmer in Wisconsin and former chair of the National Organic Standards Board, a federally appointed advisory group, said: “Two years ago, the Amazon was burning. Were farmers] going to grow organic soybeans?”

There is no evidence to suggest this was the case, but she cautioned that such newly cleared land would have been perfect for organic production.

“We don’t know, but we want to make sure they were not,” said Behar, who as National Organic Standards Board chair in 2018 helped write the formal recommendation urging the federal government to close the native ecosystem loophole.

Consumer blowback is a concern for Marie Burcham, policy director for the Cornucopia Institute, a nonprofit that works nationally on sustainable agriculture.

The worry, Burcham said, is if enough consumers become aware of the practice of converting wildland to organic farmland — and causing environmental harm in the process — trust in the organic label will fray.

“That’s a problem because a lot of small family farmers rely on the organic label to make a living.”

Action on the 2018 recommendation would need to be taken by the national organic programme, and so far that has not happened, Burcham said.

Baumgartner at the Wild Farm Alliance said she and allies remain in discussion with the national organic programme and organic certifiers to “identify a pathway forward” on the rule.

She says the programme’s actions have been cyclical, based on who is in the White House.

“So we feel we have a really strong case and the community is behind us, and we’re going to push this through now that the Biden administration is in office,” she said.

Others are not waiting for the government.

“We do recognise and value the organic programme — it is the strongest we have. But there are areas where it takes years to add in new regulations,” said Elizabeth Whitlow, executive director of the Regenerative Organic Alliance.

Created in 2017 by a few brands, including clothing company Patagonia and Dr Bronner’s, a maker of organic skincare products, the alliance is in the early phase of rolling out a global certification that seeks to address what it sees as gaps in the federal standards, including about native ecosystems.

While producers under the framework have to already be certified organic, they also have to certify, for instance, that they have not converted several types of wild land into production.

“I think everybody is looking for this higher bar of certification, because there’s been this sense among consumers that the organic label has been weakened,” Whitlow said.

A group of small-scale farmers in Gauteng are pooling their harvests to deliver fresh organic produce to wealthy consumers in an effort to ensure ...
Business
2 months ago

Just 15,000 of 50,000 applicants have been approved for agriculture relief payouts to small-scale farmers
National
10 months ago

How Pakistan plans to turn locusts into fertiliser