Even Merck, the drug’s owner, is sceptical of its usefulness against the coronavirus 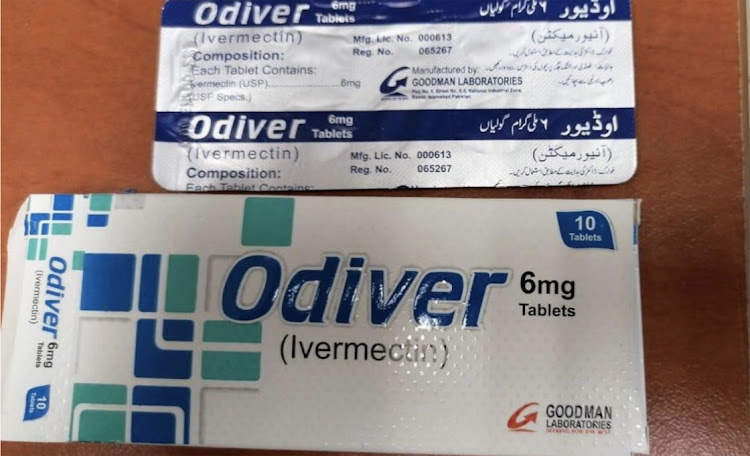 Better drugs to treat Covid-19 are more appealing than ever. The hope that vaccines will send the virus into retreat with herd immunity is fading as the more transmissible Delta variant sweeps across the globe, cases rise, and the vaccine-hesitant millions dig in.

Beyond that, it’s unnerving to learn of even extremely rare cases where young, healthy people suffer and die from conditions possibly tied to vaccines: blood clots, heart inflammation and, most recently, the paralysing disease known as Guillain-Barre syndrome.

Such rare but awful outcomes would seem more tolerable in a drug that cured the sick, and now that clinical studies have dampened enthusiasm for hydroxychloroquine— touted early in the pandemic by former US President Donald Trump — some scientists are pointing to promising studies of an anti-parasitic medicine, Ivermectin. Both drugs held particular appeal because they had already passed safety screening and were being used to combat other human diseases.

And, last week, it looked like some welcome news had come from a review article concluding that Ivermectin can prevent severe disease and save lives.

That study is getting attention in libertarian-leaning and conservative media. A focus on treating the sick appeals more to the personal-responsibility ethic embraced by conservatives, while those on the left are more comfortable with the collectivist ethic of accepting the small risk and discomfort associated with vaccines for the good of society.

But there’s a problem. Experts disagree on the conclusions to be drawn from clinical studies of Ivermectin, and the laboratory experiments that propelled the drug into trials in the first place suggest that it only fights the virus effectively at doses likely to be toxic.

As with hydroxychloroquine, high hopes for Ivermectin owe more to politics than to science.

Effective treatments for viral diseases are even rarer than effective vaccines, according to the medicinal chemist Derek Lowe, who has worked for multiple pharmaceutical companies and writes a drug development blog for Science Magazine called In the Pipeline.

A recently discovered cure for hepatitis C is a rare exception, along with the drug cocktail that prevents HIV infections from progressing to Aids. There are drugs that can control but not cure herpes. And that’s the extent of Lowe’s list of highly effective antiviral drugs.

Most drugs that kill a foreign invader are also likely to be somewhat toxic — so it’s tricky to find mechanisms that destroy them and spare us. It’s usually easier to kill parasites and bacteria than viruses, Lowe said, because the larger pathogens have more working parts that might be more vulnerable to chemical disruption than human cells.

Vaccines, by contrast, tend to prevent viral disease with fewer side effects because they work not by toxicity but by stimulating the immune system. And the animal immune system has had hundreds of thousands of years to get good at killing invaders.

Ivermectin was chosen for clinical testing for legitimate reasons. It’s true, as some detractors have said, that it’s used as a deworming medication for sheep and other farm animals. But it’s also one of the few miracle drugs for humans, having saved hundreds of thousands of people from going blind with onchocerciasis, also known as river blindness, or suffering from the limb-swelling disease elephantiasis. The drug’s discoverers won a Nobel prize in 2015.

One of the co-inventors, William Campbell, then at Merck, developed a new technique for screening large numbers of compounds to find ones that might kill parasites — eventually leading to a positive signal from a compound isolated from soil bacteria found near a golf course in Japan.

Large-scale screening techniques allowed scientists to discover that the drug also fought SARS-CoV-2, the virus that causes Covid-19. It’s always appealing to start with a drug that’s already in use, Lowe said, because safety data has already been gathered.

Ivermectin doesn’t kill parasites; it cures parasitic diseases by disrupting the parasites’ reproduction. “In treating parasites, one of the things that makes Ivermectin so wonderful is that it can be given at extremely low doses, so it’s very safe and well tolerated,” Lowe said.

That doesn’t appear to be the case in test-tube studies against viruses. There, the drug looks like it works only at a high enough dose to trigger a mechanism called phospholipidosis — a process Lowe compared to killing things with detergent. That prevents viruses getting into cells, but it’s also extremely toxic to people.

So what would explain the positive conclusions of the new meta-analysis, published in the American Journal of Therapeutics? In the numerous clinical studies analysed, it was given in low enough doses not to kill people. Lowe said he is sceptical because the strongest, best-run studies showed nothing and only the weakest ones seemed to show any effect. Ivermectin’s owner, Merck, has delivered a sceptical assessment of its usefulness against Covid-19 similar to Lowe’s.

Several larger, more definitive trials are under way, so there’s still a chance it will work. And that’s worth doing, as long as people don’t bank too much hope on it.

Anecdotes of Ivermectin Covid miracles abound for the same reason that people believe in cures for the common cold: most people get better on their own and then attribute their recovery to a drug. Even with the much more dangerous Covid-19, people tend to overestimate their odds of dying and imagine that anything they took must be responsible for their recovery. But what actually saved them was the human immune system — which in most cases works and, with more widespread vaccination, will work even better.

Extensive study shows ivermectin can reduce the risk of infection by 92.5% and is the standard of care in many countries
Opinion
1 year ago
Next Article