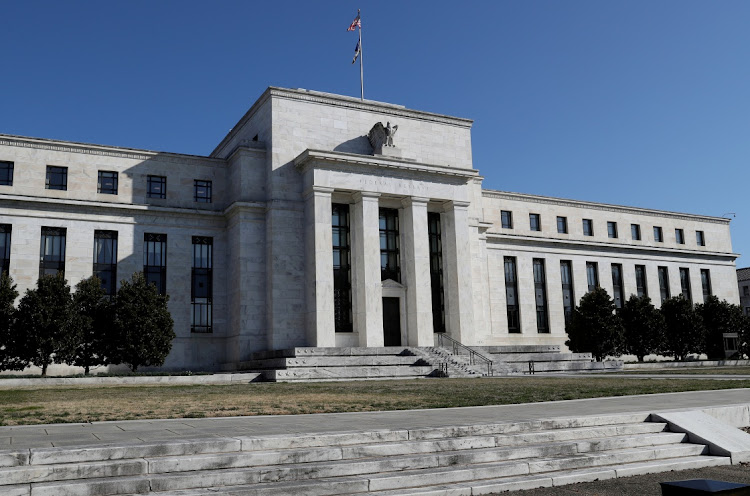 The Federal Reserve building on Constitution Avenue is pictured in Washington, US. Picture: REUTERS/LEAH MILLIS

Federal Reserve officials were not ready to communicate a plan for tapering asset purchases due to high uncertainty on the outlook, a record of their June gathering showed, though they did want to nail down a plan in case they had to move sooner.

“The committee’s standard of ‘substantial further progress’ was generally seen as not having yet been met, though participants expected progress to continue,” according to minutes from the June 15-16 federal open market committee meeting published on  Wednesday. “Various participants mentioned that they expected the conditions for beginning to reduce the pace of asset purchases to be met somewhat earlier than they had anticipated at previous meetings.”

The June meeting marked a turn in the central bank’s comfort with inflation risks amid heightened price pressures as the economy reopens from the pandemic. But above all, the minutes show the committee had a lot of questions about how soon labour shortages and supply bottlenecks contributing to inflation would resolve.

Several participants emphasised “that uncertainty about the economic outlook was elevated and that it was too early to draw firm conclusions about the paths of the labour market and inflation”, the minutes noted.

Officials responded to a more elevated outlook for prices by pencilling in two interest-rate hikes for 2023, according to the median of their projections, while seven of 18 wanted to raise interest rates next year. Thirteen officials viewed inflation risks were weighted to the upside, up from five in March, their forecast showed.

The central bank last month held the target range for its benchmark policy rate unchanged at zero to 0.25% — where it’s been since March 2020 as the pandemic took hold.

“The new information in the minutes was the flagging of uncertainty, the need for prudent planning to taper asset purchases, and the lack of consensus” on when to do that, said Priya Misra, global head of interest rate strategy at TD Securities in New York. “There was no serious debate on how soon to hike.”

Officials also continued monthly purchases of $80bn of Treasuries and $40bn of mortgage-backed securities until “substantial further progress” was made on inflation and employment.

Policymakers discussed the MBS buying but were split on whether they should prioritise these assets when it came time to scale back buying.

Officials also discussed the rise in inflation, and while they “generally expected inflation to ease” once transitory factors associated with the economy’s rapid reopening had abated, “a substantial majority of participants judged that the risks to their inflation projections were tilted to the upside.”

“Several participants remarked that they anticipated that supply chain limitations and input shortages would put upward pressure on prices into next year,” the minutes said. “Several participants noted that, during the early months of the reopening, uncertainty remained too high to accurately assess how long inflation pressures will be sustained.”

The Fed’s preferred inflation measure rose 3.9% for the year ending May, but the central bank’s hawkish messaging has sent longer-term Treasury yields lower.

The US government 10-year note yields were little changed after the report at 1.31%, down from 1.57% when policymakers concluded their gathering June 16. Market measures of inflation expectations also moved lower.

“It seems to be pretty well priced in, especially looking at the non reaction to the release of the minutes,” said Tom Martin, senior portfolio manager at GLOBALT Investments. “The Fed still hasn’t tapered and they haven’t raised rates, so in certain regard talk is cheap. Talk can be walked back.”

A powerful recovery, fuelled by trillions of dollars in government spending to shield consumers and businesses from the pandemic, has resulted in six consecutive months of job gains this year pushing the unemployment rate down to 5.9%.

Officials “judged that the economic outlook had continued to improve and that the most negative effects of the pandemic on the economy most likely had occurred”, the minutes showed.

The minutes show “a lot of comfort” with the pace of the recovery and favourable discussion about labour market gains, said Michael Gapen, chief US economist for Barclays.

However, the minutes also show that committee members are wary of inflation, and the apparent readiness to taper sooner and the hikes implied in the dot plot last month mean “some on the committee are likely taking on board this year’s inflation overshoot as part of the inflation averaging assessment”, Gapen added.

The US Federal Reserve is bound to start tightening its belt, and countries like ours need to pre-empt the crash
Opinion
3 weeks ago

Developed economies are in recovery mode, but fears are growing that core inflation will become embedded
Opinion
4 weeks ago