The group and CFO plead not guilty to charges of tax fraud, scheme to defraud, conspiracy and falsifying business records 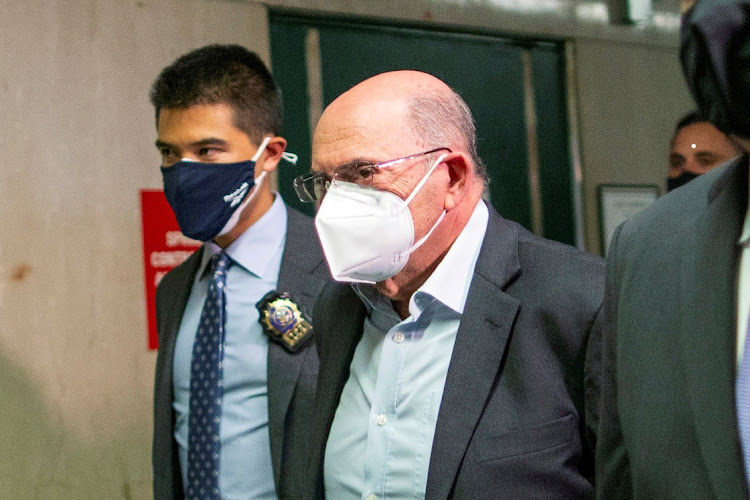 When the former Trump Organization executive Barbara Res saw that the company’s longtime finance boss had turned himself in to face state tax charges, her mind turned to Donald Trump.

“This is it,” Res said. “I think that it’s going to destroy the Trump empire.”

Louise Sunshine, who was once an executive vice-president, had a similar thought. “It’s the beginning of the end of the brand,” she said. But her former boss? “Donald will always survive — even if everybody else around him drops dead.”

After Abe Wallach saw the news on TV from his Southampton home, the main thing he felt was sorry for Allen Weisselberg. “He stayed too close to the fire and he got burned,” said the company’s former vice-president for acquisitions. “And that’s true of lots of people.”

The Trump Organization and its CFO pleaded not guilty on Thursday to charges of tax fraud, scheme to defraud, conspiracy and falsifying business records, the first criminal case to emerge from the years-long investigation of Trump and his business dealings. The indictment alleges that Weisselberg, 73, received $1.76m in unreported benefits over 15 years on which he should have paid taxes.

To outsiders, it is the biggest legal challenge yet among many that the former president is facing. The way the billionaire’s allies put it, he is the victim of a witch hunt that’s relying on obscure rules taxing perks. And for the former executives who’ve watched the real estate heir up close, through the twists and turns of his momentous rise, operatic falls and many improbable comebacks, the charges mean something may have finally changed.

“He’s definitely in a situation he’s never been in before — because his company has been indicted,” said Res, who oversaw Trump’s construction in the 1980s and wrote a book about it called Tower of Lies. “I don’t think he can come back better than ever.”

In a statement, the Trump Organization called the case “a criminal prosecution involving employee benefits that neither the IRS nor any other district attorney would ever think of bringing,” and said it “is not justice; this is politics.”

Weisselberg will fight the charges in court, according to his lawyers.

When financiers see the charges, their thoughts may turn to the company’s ability to refinance more than $590m of debt coming due within the next four years — more than half of which Trump personally guaranteed. The direct consequences of any criminal conviction “could be a massive fine,” probation, or “some type of court supervision,” said former prosecutor Miriam Baer.

On Thursday, Trump’s former executives were spending more time thinking about Weisselberg, a loyal aide to the billionaire for decades. He was “the sweetest” colleague, according to Sunshine.

“His father put him there to check up on Donald,” she said. “I’ll tell you, Fred Trump would come out of his grave for this.”

Res remembers the finance chief worshipping their boss. “He called Donald ‘Mr Trump,’ which none of us did,” she said. “On a personal level, it’s too long ago that I stopped feeling sorry for Allen.”

Wallach recalls him as more scared than adoring. “He was petrified of Donald,” he said. “Allen’s an accountant, a competent guy.”

A few years ago, Wallach might have had the courage to predict Trump would escape danger. “I thought he had the luck of the gods” and “always landed on his feet.” Now, he said, “I don’t know any more.”

So far this year, Trump stoked a protest at the US Capitol that turned deadly, survived a second impeachment trial and got cut off by his biggest banks, all while refusing to acknowledge November’s electoral defeat. But chaos isn’t out of place in the shambolic business career of a real estate heir who weaves in and out of peril.

As Trump’s empire crumbled in the early 1990s, his exuberance made his own accountants think he was hallucinating from the pressure, he wrote in Trump: Never Give Up. “When I hear the word ‘No’ it becomes a challenge to me,” he said. The book’s chapters include “Failure Is Not Permanent” and “Don’t Let Fear Stop You — Even in Front of Millions of People.”

In another book, How to Get Rich, Trump listed Weisselberg second among the “home-run, grand-slam people” that surround him. “He runs things beautifully. His team is tight and fast, and so are our meetings.”

In the past few weeks, Trump has restarted his campaign-style rallies, visited the southern border to tout his immigration policies, and has been holding out the prospect he could run again for the White House. His allies don’t seem worried by the charges.

“The more they keep persecuting the president and the people around the president, the stronger he gets,” said John McLaughlin, a Trump campaign pollster. “The base gets galvanised by this.”

“The problem is that his loyal cadre of people who keep helping him recover is getting smaller and smaller.” On the other hand, when it comes to his own career, “he survives everything,” Sunshine said. “He’s a superhuman. I don’t find it impressive, I find it a reality.”

Popular culture has been the biggest source for our fascination with UFOs, extraterrestrials and life elsewhere in the universe
Life
1 month ago