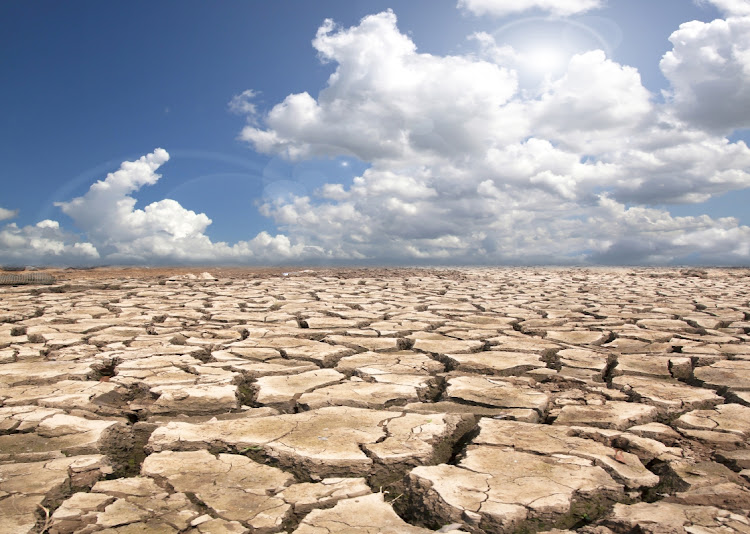 Washington — Former US representative Bob Inglis, a conservative Republican from South Carolina, admits he was “ignorant” on climate change when he first got to Congress about three decades ago.

“I didn’t know anything about it except that Al Gore was for (action on) it and that was the end of the inquiry for me,” he recalled.

But today Inglis waxes poetic about how trips to Antarctica and the Great Barrier Reef, as a member of the House science committee, helped upend his views and spur him to try to win over like-minded potential converts to action on climate change.

“Our deal is to go to conservatives and be able to speak the language of conservatism to them,” he said, calling such framing “our natural language”.

Inglis’s proposition was put to the test when researchers rolled out a month’s worth of online ads, aimed at Republican-leaning voters and featuring prominent conservatives talking about climate risks. One spotlighted retired Air Force Gen Ron Keys, who emphasised the number of military bases now at risk from rising sea levels driven by climate change. Inglis, in another ad, spoke about how climate solutions do not necessarily lead to bigger government.

A study of those 2019 ads, published this month in the journal Nature Climate Change, found they boosted belief among right-leaning US voters that global warming was a serious threat — a sentiment that still borders on heresy for many conservative hardliners.

The campaign raises hopes that communicators are closing in on solving a long-thorny problem: How to shift public opinion on climate change among a relatively stubborn subset of the US population.

“I think the big takeaway is ... that it works,” said Matthew Goldberg, the report’s lead author and an associate research scientist at the Yale Program on Climate Change Communication.

Among conservatives who saw them, the ads in one month drove a 7-percentage-point rise in belief that global warming is happening, a 10-point boost in understanding that warming is human-caused and an 11-point hike in how much importance viewers gave the issue, the study found.

Katharine Hayhoe, a prominent climate scientist who spoke in one of the study’s ads about how curbing climate change is consistent with Christian values, said the findings make clear more such carefully crafted messages are needed.

“What they’re doing is showing that it’s effective in terms of advertising on social media, that it can actually change minds in that way,” she said in an interview. “That is a game-changer.”

Centro, a digital advertising provider, helped target the online ads via Facebook and YouTube towards people who were considered politically conservative and identified by researchers as neither alarmed about nor dismissive of climate change.

The campaign deployed the messaging in two competitive US congressional districts — one in Missouri and one in Georgia.

Awareness and concern about climate change has been growing in the US, but the shift has been far smaller among right-leaning voters in a country where views on climate change often are shaped more by political affiliation than science.

Polling by Yale and George Mason University shows the percentage of registered voters at least somewhat concerned about planetary heating has risen by 16% over the last decade — but only 6% among Republicans.

Even broaching the topic with some political conservatives can be challenging, said US representative John Curtis, a Republican from Utah. He compared the reflexive reaction many conservatives have when it comes to climate change to how Democrats feel when they hear about former President Donald Trump’s US-Mexico border wall.

“Their chest tightens,” he said. “I think climate has been like that for Republicans, right? Just the word ‘climate’ has all these agendas, the Green New Deal and Al Gore kind of associated with it, and I think that’s turned them off.”

Last week, Curtis launched the “Conservative Climate Caucus” — a group in Congress that already boasts a roster of more than 50 Republicans — to try to educate colleagues and brainstorm ideas to deal with climate change.

Curtis said he envisions field trips to look at electric vehicle manufacturing or forest fire damage, a big worry in the western US right now. But he is not keen on virtually eliminating use of fossil fuels — something scientists say is crucial to limiting dangerous warming — instead preferring a switch to cleaner ones.

“I think there’s a role for fossil fuels,” he said. “If we’re able to export US natural gas to China and it displaced coal, that would have dramatic impacts on worldwide carbon emissions.”

Democrats are sceptical the newly formed group will accomplish much — particularly given the sway Trump, who has repeatedly cast doubt on the science behind climate change, continues to exert over the Republican Party’s base.

“I think it’s possible, but it’s like a lot of things — it depends on the detail,” representative Dan Kildee of Michigan, one of House Democrats’ chief vote counters, said.

Curtis acknowledged that among a certain set of conservative voters, winning heart and minds on climate change will take much more work.

But pressure is coming from unexpected corners — including young voters. Inglis remembers that as he geared up for another political run in 2004, his son — newly eligible to cast a ballot after turning 18 — threatened to vote against him if he did not start tackling environmental threats.

“He came to me and said ‘Dad, I’ll vote for you — but you’re going to clean up your act on the environment’,” Inglis said. “His four sisters agreed, his mother agreed — new constituency, you know? So that was step one.”

Drought, loss of wildlife and wild plants, changes in rainfall, and migration shifts are hitting systems
World
10 months ago

Amid warnings that policies will be crippling, schemes are sold as a near-utopia that all nations will rush to embrace
Opinion
10 months ago

The government might think it has control over SA’s energy mix, but it will get harder to keep control in coming years
Opinion
10 months ago
Next Article