After a thorough review of a troubled Emergent manufacturing facility, US regulators authorised two batches of the vaccine’s underlying drug substance made at the site 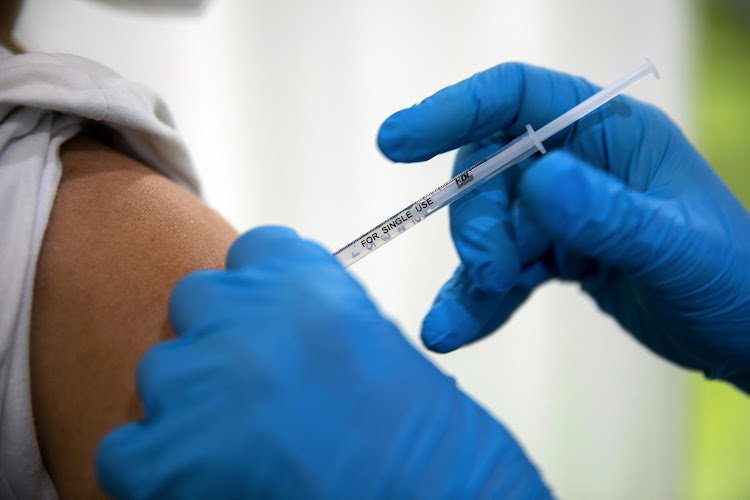 The US Food and Drug Administration (FDA) released 10-million doses of the Johnson & Johnson (J&J) Covid-19 vaccine produced by Emergent BioSolutions, according to people familiar with the matter.

After a thorough review of a troubled Emergent manufacturing facility, US regulators authorised two batches of the vaccine’s underlying drug substance made at the site, the FDA said in a statement on Friday, without disclosing how many doses would be released.

The agency said it wasn’t yet ready to provide full clearance to Emergent’s Baltimore-based manufacturing facility. The contract manufacturer has said it has made more than 100-million doses worth of the vaccine’s bulk drug substance. For months, that supply has been in limbo after Emergent staff accidentally contaminated millions of doses, leading to scrutiny of its manufacturing practices.

The 10-million Emergent-made doses expected to be released have already gone through the final stages of the fill-finish process. Between five- and six-million of the doses are owned by the US government, and three- to four-million are owned by J&J, according to one of the people. But it’s not clear how many of the doses will be needed domestically.

Immunisations have been slowing in the US, with more than half of all American adults fully vaccinated, according to the Centers for Disease Control and Prevention. Many pharmacies, hospitals and health systems have more J&J supply on hand than they’ve been able to deploy as demand wanes.

The single-shot, refrigerator-stored J&J vaccine had been expected to boost the US immunisation drive, but output woes and a pause in dosing over safety concerns have limited its reach. It has accounted for 11.3-million of the 306-million vaccine doses administered in the US to Tuesday.

Should US regulators ultimately authorise the Emergent facility to release additional doses, J&J could soon play a larger role in the global immunisation campaign. President Joe Biden’s administration has come under pressure to share its excess vaccines with low-andmiddle-income countries in need of supply.

The New York Times reported, citing unidentified people familiar with the situation, that about 60-million doses produced at the Emergent facility must be discarded because of possible contamination, and that the 10-million doses being released would carry a warning that regulators can’t guarantee Emergent followed good manufacturing practices.

Emergent has faced a long road in search of an authorisation.  In early March, J&J discovered a batch of drug substance made at the Emergent facility had been contaminated. Further testing and investigation found that Emergent staff mixed up ingredients for the J&J vaccine and another manufactured by AstraZeneca Plc.

The error led the site to discard 15-million doses worth of an ingredient for the J&J shot. The AstraZeneca vaccine hasn’t been cleared by US regulators.

J&J said on April 3 that it would assume responsibility for making the drug substance at the plant. The Biden administration said at the time it would help install a new leadership team at the facility and asked Emergent to stop making AstraZeneca’s vaccine.

However, the FDA on April 16 asked Emergent to stop making any new materials and to quarantine the doses it had made. An agency inspection report found the company had failed to maintain a sanitary facility and that it wasn’t sufficiently on guard against mix-ups between the J&J and AstraZeneca vaccines.

At a congressional hearing in late May, Emergent CEO Robert Kramer said the US government directed the company to take unprecedented steps to ramp up production of two vaccines in a single facility, even though the site wasn’t fully staffed or operating at scale.

Emergent began making AstraZeneca’s bulk drug substance in the third quarter of last year, and J&J’s in the fourth quarter. Kramer described the ingredient mix-up as a setback and said Emergent could produce one-billion vaccines this year.

However, Democrats on the House Committee on Oversight and Reform and the Select Subcommittee on the Coronavirus Crisis said that Emergent had failed to maintain rigorous quality standards.

The lawmakers pointed to two FDA inspections from June 2020, saying in a report that the company was warned that employees needed extensive training and that it had deficient virus contamination control.

Emergent said in response to the FDA’s findings that it would improve sanitation and better train its workers.

The J&J single-shot vaccines are central to the SA government’s vaccination plan, as they are easier to transport and administer than Pfizer’s double-shot regimen.

The problems at Emergent affected J&J’s global supply chain, as the company supplied crucial vaccine ingredients to J&J contractors involved in manufacturing its vaccines, including Aspen.

SA ordered 31 million J&J doses, and had anticipated having two-million on hand by the beginning of June, with rapidly increasing supplies in the second half of the year. But until now it has had only limited supplies of Pfizer’s jabs, holding back its efforts to swiftly inoculate SA’s most vulnerable citizens.

The FDA is expected to clarify the extent to which other batches containing ingredients supplied by Emergent were contaminated.

A decision by the Food and Drug Administration is likely to come later in the week, says Boitumelo Semete-Makokotlela
National
4 days ago