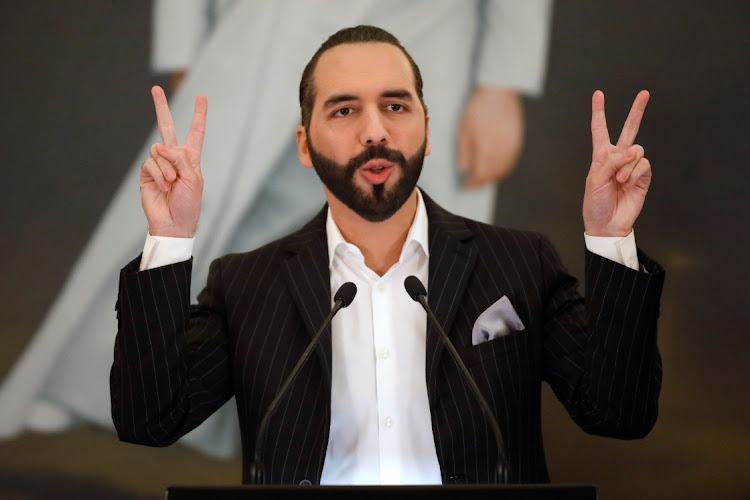 The 39-year-old president, whose Twitter profile has a “laser eyes” picture of the kind popular with devotees of cryptocurrencies, said on Twitter legislators overwhelmingly approved the legislation.

Bukele has previously said that bitcoin will help counter El Salvador’s low banking penetration rate and cut the cost of sending remittances. Such transfers, mainly from Salvadorans working in the US, surged to a record of nearly $7bn over the 12 months.

A significant percentage of that is lost to financial intermediaries, according to Bukele.

“El Salvador, like many Latin American countries, pays significant fees with international transfers, so the embracing of cryptos should not come as a surprise,” said Edward Moya, senior market analyst for the Americas at Oanda, in a note on Monday.

Migrants continue to flee El Salvador and its neighbours, driven out by poverty, unemployment and gang violence, as well as the perception that the government of US President Joe Biden is more welcoming to migrants than his predecessor’s was.

The country of 6-million people has long been one of the world’s most dangerous. The murder rate fell in 2020 but remains about four times that of the US.

The high-stakes plan to ramp up usage of the volatile crytpocurrency adds to the bull case, just as the token struggles to recover from May’s rout.

Remittances are surging across Latin America as the US economy recovers. El Salvador’s move raises the question of whether other countries in the region might follow suit, said Jonathan Cheesman, head of over-the-counter and institutional sales at crypto derivatives exchange FTX.

Paraguay is seen as the country most likely to follow El Salvador, Cheesman wrote in a research note. It also raises the question of whether bitcoin might now qualify as a foreign currency for US accounting purposes, Cheesman said.

Since taking office in 2019, Bukele has flouted conventions and tried to present an image of a new style of Latin American leader. He communicates with frequent tweets, wears a baseball cap back-to-front, and often talks about his passion for surfing.

In 2020, the economy suffered its deepest contraction in four decades,  after Bukele imposed tough controls to curb the pandemic before El Salvador had reported a single case of Covid-19.

The nation is in talks with the International Monetary Fund for a $1.3bn extended fund facility programme as it seeks to rein in a fiscal deficit that widened to 10.5% of GDP in 2020.

Bitcoin has plunged from a mid-April record of almost $65,000, hurt in part by billionaire Elon Musk’s criticism of the amount of energy needed by the servers underpinning it.

Harsher regulatory scrutiny in places such as China has also soured sentiment, and the idea that more mainstream investors will warm to it has taken a knock. But the bitcoin faithful say these are temporary setbacks and that the virtual currency’s role will expand.

El Salvador’s central bank president Douglas Rodriguez said in an interview with state TV on Tuesday that bitcoin is already used in the country and “it’s not something people need to be afraid of”, adding it won’t replace the US dollar.

The firm, cofounded by Magda Wierzycka, says the bourse twice rejected its request
Companies
3 days ago

If it buys a Tesla today but only half a Tesla tomorrow, its volatility makes it useless
Opinion
2 weeks ago