America must come to terms with its dark side, Joe Biden tells survivors of mob attack in Oklahoma a century ago 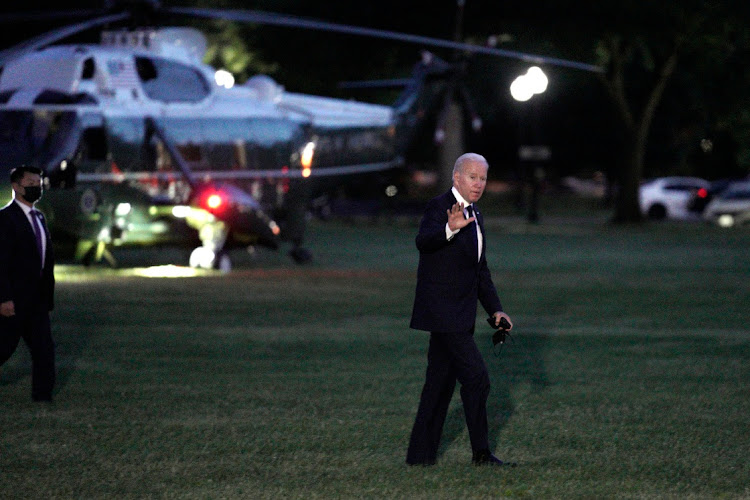 Tulsa — Joe Biden on Tuesday became the first US president to visit the site in Tulsa, Oklahoma where hundreds of black Americans were massacred by a white mob in 1921, and said the legacy of racist violence and white supremacy still resonates.

Biden was in the city to commemorate an event that epitomises the country’s history of racial violence, despite the massacre being largely ignored for years in US classrooms and history books.

“We should know the good, the bad, everything,” Biden told the few survivors of the attack on Tulsa’s Greenwood district and their descendants. “That’s what great nations do. They come to terms with their dark sides.”

Biden said the deadly attack on the US Capitol in Washington in January and efforts by a number of states to restrict voting were echoes of the same problem.

“What happened in Greenwood was an act of hate and domestic terrorism, with a through-line that exists today,” he said.

White residents in Tulsa shot and killed as many as 300 black people on May 31 and June 1, 1921 after a white woman accused a black man of assault — an allegation that was never proven. Insurance companies did not cover the damage caused in the ensuing looting and burning of homes and businesses that devastated a prosperous African-American community.

Biden said one of the survivors of the attack was reminded of it on January 6 when far-right supporters of then-President Donald Trump stormed the US Capitol while Congress was certifying Biden’s 2020 election win.

The White House has announced a set of policy initiatives to counter racial inequality. These include plans to invest tens of billions of dollars in communities such as Greenwood that suffer from persistent poverty, and efforts to combat housing discrimination.

Families of the affected Oklahoma residents have pushed for financial reparations, a measure Biden has only committed to studying further.

Biden said his administration would soon also unveil measures to counter hate crimes and white supremacist violence, which he said the intelligence community has concluded is “the most lethal threat to the homeland”.

He has entrusted Vice-President Kamala Harris, the first black American and first Asian-American to hold that office, to lead his administration’s efforts to counter Republican action to restrict voting rights.

Several Republican-led states, arguing for a need to bolster election security, have passed or proposed voting restrictions. Biden and other Democrats say this is aimed at making it harder for black voters to cast ballots.

But Biden nodded to a political reality he believes has stymied his efforts, including “a tie in the Senate, with two members of the Senate who vote more with my Republican friends”, an apparent reference to Democratic senators Kyrsten Sinema and Joe Manchin.

Biden oversaw a moment of silence for the Tulsa victims after meeting with three people who lived in Greenwood during the massacre, Viola Fletcher, Hughes Van Ellis and Lessie Benningfield Randle.

The survivors, who are now 101 and 107 years old, asked Congress for “justice” this year and are parties to a lawsuit against state and local officials seeking remedies for the massacre, including a victims’ compensation fund.

Biden did not answer a question about an official presidential apology for the killings. The president “supports a study of reparations, but believes first and foremost the task in front of us is to root out systemic racism,” spokesperson Karine Jean-Pierre said.

Biden’s visit comes amid a racial reckoning in the US as the country’s white majority shrinks, threats increase from white supremacist groups and the country re-examines its treatment of African-Americans after last year’s murder of George Floyd by a white Minneapolis police officer that sparked nationwide protests.