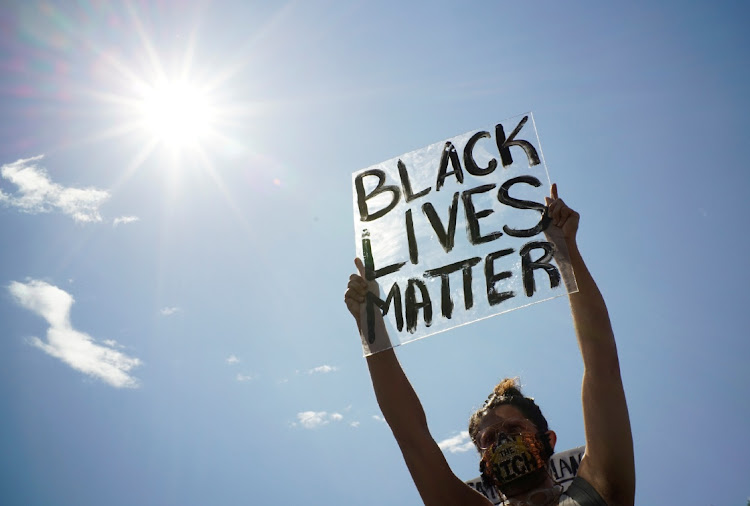 Washington — Haunted by the Covid-19 pandemic's disproportionate impact on black people and reports of police violence against their community, a group of families in the southern state of Georgia have banded together to create a town called Freedom.

“We were watching the murders of Ahmaud Arbery, George Floyd, Breonna Taylor and all of the other people we can name,” said Ashley Scott, one of the effort's organisers, referring to black victims of police violence killed last year.

“My friend and I were just depressed and feeling like we needed to be able to do something to protect our husbands and sons.”

They found a 39ha property for sale in central Georgia, and came up with a 10-year-plus timeline and a vision of using the land to build intergenerational wealth, something financial experts say is key to closing the racial wealth gap.

The families purchased the property in August 2020, and after some social media and news coverage, “we went viral,” Scott, realtor in Atlanta, told the Thomson Reuters Foundation in a phone interview.

“We had thousands of people reach out saying they wanted to move to Freedom.”

Aiming to be a model for equity, energy efficiency, local food production and more, the Freedom project has drawn political support as an opportunity to build a community from the ground up.

“It's truly a situation where we're taking our destiny in our own hands,” said Democratic state representative Mandisha Thomas, whose district does not include Freedom but who sits on the project's advisory board.

Even as they wade through the logistics of how to set up the complex systems an incorporated city would need, Scott and the others behind the initiative are planning to break ground by 2022, starting with a visitor and conference centre.

Speed is important, Scott said: “We don’t know when another George Floyd might happen. We want to move as quickly as possible to create this safe haven, so we can replicate it.”

Physically the project is still little more than the two parcels of land, mostly located on an old lumber farm, with rolling hills, a creek and wide views.

“When I first experienced the land, touched the land, it felt surreal — it felt empowering,” said Aqeela Reyad, one of Freedom’s founding members.

There are still fundamental obstacles to creating Freedom, the organisers said.

The families will need about 40 more hectares of land to incorporate as a city, for instance, a process that will also need to go before a local ballot and a series of political entities.

They are also fundraising to be able to access a line of credit, hoping to raise the last of the $500,000 they need during a celebration in June for Juneteenth, the holiday marking the end of slavery in 1865.

Local officials on the county board of commissioners, in the nearby town of Toomsboro, and at the local chamber of commerce did not respond to requests for comment.

The state department of economic development declined to comment.

As audacious as the project may seem, it fits into a long tradition of black Americans seeking to create havens from white oppression, said Thomas Healy, who teaches at Seton Hall University’s School of Law in New Jersey.

Most of those communities were small agricultural centres, but some would thrive for a period, amassing several thousand residents.

One of the most ambitious was in North Carolina in the late 1960s, when a civil rights activist named Floyd McKissick sought to use a federal “new towns” programme to create what he called Soul City, said Healy, who wrote a book on the subject.

McKissick viewed Soul City — which would be inclusive, but predominantly black — as the last step in the emancipation of black people in the US, Healy said.

And the effort went much further than most anticipated, with 3,500 acres under development for a decade, complete with infrastructure, neighbourhoods and public services, he said.

But McKissick was never able to convince factories and industry to relocate to Soul City to power the local economy, and the project eventually unravelled.

As the plan to create Freedom gets under way, the country is still dealing with many of the same issues that McKissick was seeking to address, Healy said.

“If black people weren't worried about driving down the street and being pulled over by police and being shot, and if they had an equal stake in the wealth of this country, there would be no need for a place like Freedom,” he said by phone.

“But that's not the world we live in,” Healy continued, pointing to disproportionate levels of police violence towards African Americans and the huge wealth and employment gaps between black and white communities.

Government data shows white families are 10 times wealthier than black families, while the number of unemployed Black Americans has increased 40% since March 2020 compared to 34% for white Americans.

Tabitha Ball, a psychologist in Atlanta, had been noticing rising levels of anxiety among her patients amid the pandemic, driven by the stresses of the health emergency and the racial tensions that gripped the country following Floyd's death.

“It was a heavy, heavy time,” Ball said. “There were very high levels of fear.”

One of those patients told her about the Freedom initiative, and now Ball is the project’s managing partner, with a pair of two-acre plots for her and her husband.

“It really did feel like a major beacon of hope to be part of a project where we could literally build something for ourselves, and something that would offer us the opportunity to grow and thrive however we saw fit,” she said.

Owning land had long been important in her family, but it was something she had not yet gotten around to prioritising, said Ball, who has two nine-year-old sons.

“When they heard of the land and went out there one of the first times, they said, ‘This is all ours?’ And my husband said, ‘This is our land.’ And they had big smiles on their faces,” she said.