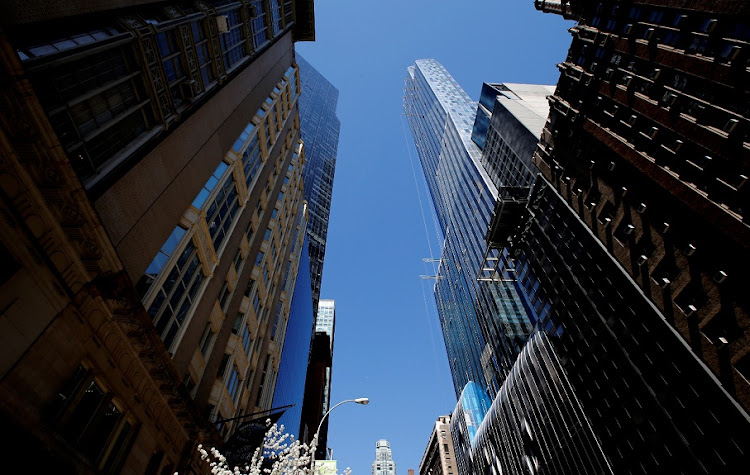 New York — In 2016, just before New York’s high-end condominium market began to buckle under the weight of its unsold inventory, a developer and design architect named Avery Hall Investments purchased a plot of land a stone’s throw from Borough Hall in the heart of downtown Brooklyn, New York.

“It was abundantly clear to us that if we could amass all the air rights on the city block, we could create a tower that was four-sided, with views, light, and air in perpetuity,” says Avi Fisher, a founding partner of Avery Hall. “So after we acquired the main parcel, we spent about a year-and-a-half aggregating all the excess air rights.”

Fisher says the company spent $76.5m for the main plot and an additional $16m for the air rights. Then it got a $165m construction loan from a subsidiary of the Canadian pension fund British Columbia Investment Management Corporation, according to reporting by the Real Deal, bringing the building’s total cost to a little more than $250m.

Originally, One Boerum Place “was very much envisioned as a condo”, says Fisher. “At that time, the condo market was roaring and all signs were pointing to continued growth, and in our company’s history, this was the culmination of the condo pipeline we’d amassed.”

By 2019, New York’s luxury condo market was no longer roaring, though it was certainly chugging along compared to a year later, when the city’s housing market cratered during the pandemic. “We really started bottoming out in 2019, or it seemed like the bottom,” says John Walkup, co-founder of UrbanDigs. “Then Covid hit and shook everything up again.”

In February 2020, according to data provided by UrbanDigs, Brooklyn had 11 new listings and 12 contracts signed for condos that cost more than $2.75m; in March, the same category had four signed contracts and 15 listings. Over the course of April, May, June and July, just five contracts in that price tier were signed, even as 72 additional apartments came on the market.

Manhattan fared even worse. Condo deals there plummeted 83% last May compared with the previous year’s, according to a report by Miller Samuel and brokerage Douglas Elliman Real Estate. August wasn’t much better, when condo deals in Manhattan were down 38% year over year. By third quarter 2020, there were more than 9,300 unsold listings, a volume unseen since the 2009 financial crisis.

These numbers don’t paint the full picture, says Walker. “Generally, when we look at supply we count what we see,” he says. “Probably 10%—15% of Brooklyn supply is hidden behind new-development opacity.”

Sales for Fisher’s $250m development were set to begin in the winter of 2020. But as he and his partners surveyed the luxury condo market, they decided the plan was untenable. “What solidified the fate of this building was ultimately the pandemic,” Fisher says. “The condo market deteriorated to the point where the decision was clear to us.”

Fisher’s company, after getting approval from its lenders and partners, changed course. One Boerum Place will now become luxury rentals, with prices ranging from $8,500 a month for a roughly 111m2 three-bedroom to $12,000 a month for a roughly 290m2 four-bedroom. There are also, the developer says, “not many” one-bedroom apartments which will start in “the low $4,000s,” and a few two-bedroom apartments that will rent for just under $6,000.

“As an organisation, we felt the right move for us and our investors and partners was to [create] a rental portfolio,” Fisher says, “because we believe it will stand the test of time.”

Part of Fisher’s belief stems, he says, from what the company has put into the building.

The 22-story tower will have a suite of amenities, including a lap pool, a two-storey gym and separate yoga room, a media room, children’s playroom, residents’ lounge, a communal roof with a lawn and outdoor kitchen, and, most important, automated on-site parking.

Interiors were designed by Gachot Studios, and apartments will have Bosch appliances, white oak floors, wine refrigerators, and, in many cases, outdoor space. “A third of our units have attached private terraces and loggias,” Fisher says. “Real dining areas that are stubbed with water and electric.”

Despite these luxurious touches, when the building comes on the market later this year it will face steep competition in a rental market that is, Walkup says, “at best going sideways”.

By the end of summer, though, new luxury leases in the borough had reached near parity with new listings; this month, more leases were signed (73) than new listings posted (49). “Demand for rentals is down across the board, but for luxury rentals it’s started to come back,” Walkup says. “It’s still nowhere near 2019.”

A lot is riding on the success of Avery Hall’s pivot, not just for the developer, and not even just for Brooklyn. “Everyone is waiting to see what happens,” Walkup says. “There’s a lot of developers who’ve done the math on the sales and rentals side, and they’re trying to figure out” if they should also pivot.

Much depends on whether these companies’ lenders will let them; should One Boerum Place prove a success, Walkup continues, lenders might greenlight conversions, and “you might see a whole bunch” of condo projects turn into rentals. “But if the [apartments] just sit and linger on the market,” he continues, “you’ll see people pull back and remain on the sales side.”

Fisher, understandably, is bullish on his building’s prospects.

“One of the strongest statistical data points that gave us confidence,” he explains, “which is viscerally apparent to us, given that we live and work here, is that there was an exodus in Manhattan and a large number of [those] people came to Brooklyn.”

He believes, he says, “in the long-term viability of the city. We don’t have to sell this asset now, and the best way we can help participate in the recovery of New York and capitalise on that [recovery] is to execute a rental plan.”

Why landlords are battling to fill London’s luxury pads

Why landlords are battling to fill London’s luxury pads