If Donald Trump succeeds in getting the case brought against him by E Jean Carroll thrown out, it will silence other assault victims, says the group 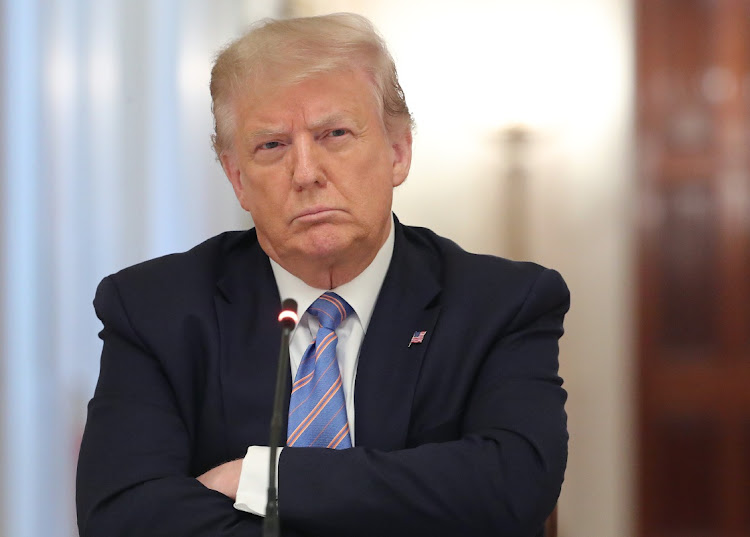 If Trump succeeds in getting the case tossed on the grounds that he was a federal employee at the time he was sued, presidents, members of the US Congress and other government workers accused of sexual assault could defame and discourage their victims with impunity, a lawyer for the Rape, Abuse & Incest National Network (Rainn) said in a court brief Friday.

“When powerful offenders are afforded a public forum, and are allowed to manipulate public opinion by shaming, degrading, lying, and attacking their victims’ credibility, all victims suffer,” Rainn said in the filing.

Trump argues that US law protects federal workers from lawsuits over actions related to their duties. A trial judge has already rejected that argument, which was made by the justice department on Trump’s behalf when he was still president. He has appealed.

Carroll claims Trump insulted her and called her character into question in 2019 when he publicly denied that he raped her in a department store dressing room more than two decades ago. The one-term president implied that Carroll was “too ugly to rape” and falsely claimed that she had accused other men of sexual assault, her lawyer says.

Carroll has been trying to push ahead with the legal process of exchanging information in the case, including deposing Trump and securing a DNA sample from him. It’s one of several legal threats facing Trump after his failed bid for a second presidential term, including a similar suit by former The Apprentice contestant Summer Zervos, who also claims Trump defamed her by denying he groped and forcefully kissed her.

The appeals court will determine whether Trump qualified as an employee of the government under the Westfall Act of 1988, which protects federal workers from being personally sued for actions related to their official duties. The court will also decide whether Trump was acting within the scope of his office when he made the allegedly defamatory remarks about Carroll.

The Biden administration is expected to weigh in soon on Trump’s appeal in Carroll’s suit.

Rainn, which isn’t a party to the suit, said in its friend-of-the-court brief that since Trump was elected in 2016, 138 elected or appointed government officials “have been publicly reported for sexual assault or harassment”, with a quarter of them keeping their jobs.