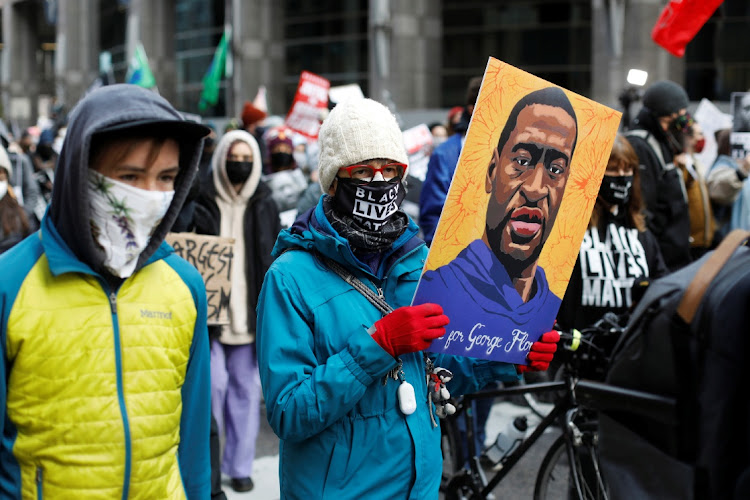 Minneapolis — Derek Chauvin, the former Minneapolis police officer who knelt on George Floyd’s neck for more than nine minutes last May, was convicted of second-degree murder in his politically explosive trial on Tuesday.

Chauvin, 45, was charged in the death of Floyd, a 46-year-old black man accused of passing a counterfeit bill at a convenience store. Under Minnesota law he faces as many as four decades in prison, though he will probably get much less time under state sentencing guidelines.

The jury got the case on April 19 after three weeks of emotional and sometimes graphic testimony from medical experts, family members and anguished bystanders.

Chauvin, who is white, was captured in a viral video pinning Floyd chest down to the pavement, even as Floyd repeatedly cried out, “I can’t breathe.” The incident spurred millions of people across America and in other nations to take to the streets to protest police violence and racism.

The state argued that Chauvin was a bad policeman who violated the department’s stated mission to serve with courage and compassion. The defence said cardiovascular problems and drug use had played a significant role in Floyd’s death and that Chauvin used reasonable force to detain an actively resisting suspect.

The courthouse was surrounded by high barricades and guarded by National Guard troops. Minnesota governor Tim Walz had deployed more than 3,000 National Guard troops, declared a state of emergency and called in law enforcement help from other states. By Tuesday, the militarised presence has expanded beyond the immediate area around the courthouse to the area closer to the Cup Foods store where Floyd was killed.

Many downtown businesses had boarded up their windows for fear of a repeat of the violent street clashes that unfolded in 2020 between police in riot gear and protesters, some of whom set fire to a police precinct house and damaged nearby property.

Civilians on task-forces and some elected officials  are pushing for changes in police conduct, because it’s clear the police won’t do it
World
3 weeks ago