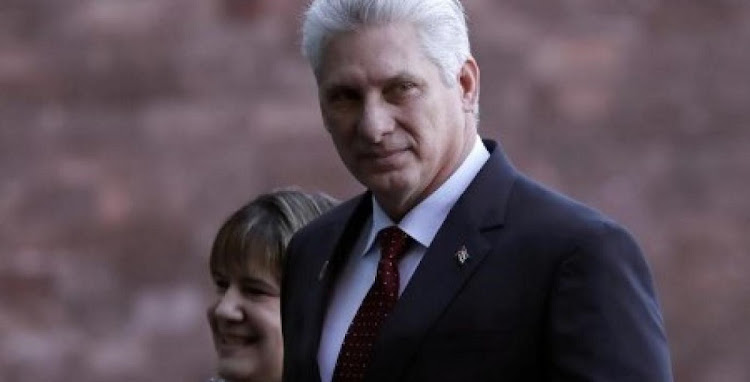 Havana — The new leader of Cuba’s ruling Communist Party may be the first born after its 1959 revolution but he is also a loyalist who is not expected to make significant changes to its one-party system and has moved only tentatively on market-style economic reforms.

Since succeeding his mentor Raúl Castro, 89, as president in 2018, Miguel Diaz-Canel, 60, has emphasised the need for continuity over renewal.

Appointed first secretary — the most powerful position in the Communist-run country — at the party's congress on Monday. Diaz-Canel told delegates he would consult with his predecessor regarding important decisions.

While this stance may be strategic, to win over the trust of party elders, it has disappointed many younger Cubans, who had eagerly seized on earlier hints of openness to change.

An electronics engineer by training who often sports the traditional Cuban guayabera, he has exuded neither the charisma of late revolutionary leader Fidel Castro nor the authority of his younger brother Raul.

He has also avoided the showboating that ended the careers of other pretenders to the crown.

At a national level, as education secretary and then vice-president, Diaz-Canel advocated for broader internet access and carried a tablet device to meetings. He now tweets regularly.

And as president, the silver-haired, burly leader often appeared at events holding hands with his wife, who has forged a position of first lady that did not exist before in Cuba and quietly championed the fledgling private sector.

Despite such nods to a more open, connected Cuba, Diaz-Canel has made “We are Continuity” the mantra of his government, which kicked off its mandate with a tightening of state control over the creative and economic sectors.

Also he has reiterated the Communist Party's dismissal of dissidents as a tiny US-funded minority, calling them “lumpen mercenaries” on Monday and warning that people's “patience has limits”.

His presidency coincided with former US president Donald Trump's move to tighten the decades-old trade embargo on the island.

It was not until 2021 that his government forcefully resumed market-style reforms to the centrally planned economy launched by Castro a decade ago, pressured by a liquidity crisis that has spawned widespread shortages.

Those reforms have included tentative measures to expand the private sector and a painful monetary overhaul reducing imports, increasing exports and reducing subsidies to state enterprises.

The leader who grew up in a modest home in the central province of Villa Clara has cultivated the image of the hard-working everyman.

In the 1990s, following the collapse of Cuba's former benefactor the Soviet Union, he was known to cycle to work wearing shorts instead of commuting by Soviet-made Lada like other party leaders.

He spent his first year as president — before the pandemic hit — travelling to get a better insight into Cubans’ lives in visits broadcast on state television, contrasting with the low profile of his camera-shy predecessor.

“Unlike Raul, Diaz-Canel is in the streets,” said Javier Menendez, a Havana-based musician. “But he needs to win over the youth ... because there are many young people unhappy with the path Cuba is taking.”

Diaz-Canel's governance has likely been constrained by a perpetual state of crisis since he took over, from dealing with a tornado and aeroplane crash to US sanctions and the pandemic, said Michael Bustamante, an assistant professor of Latin American history at Florida International University.

“But they would do themselves a favour to ease a path out of crisis mode by articulating a forward-looking vision and Diaz-Canel defining his own voice,” he said.

This will be all the more necessary, analysts say, as he will not have the legitimacy conferred by having fought for Cuba’s revolution.

And dissent is growing as the internet allows Cubans new platforms to express their frustrations and allows the opposition to better mobilise.

“We have yet to see Diaz-Canel's governance,” said Yamile Gonzalez, a saleswoman at a state shop who struggles to get by on her salary of about $80 per month.

“He will need to work hard and determinedly to satisfy, even only partly, the daily necessities of Cubans at a very difficult time for all,” said Gonzalez.

A relisting of Cuba has heavy symbolic meaning for Havana, though it is unclear how much practical affect there will be
World
1 year ago