Police were responding to traffic congestion reports when shots were heard, a spokesperson says 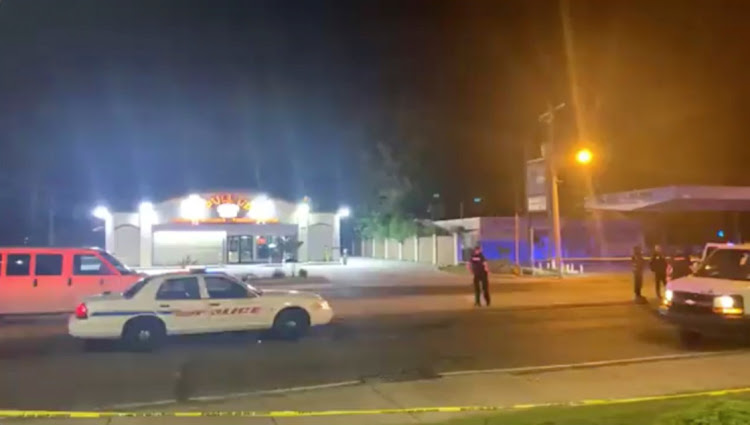 Police personnel and their vehicles are seen near the scene of a drive-by shooting at a liquor store in Shreveport, Louisiana, US, on April 18 in this still image from video obtained via social media. Picture: REUTERS/LOVE SHREVEPORT-BOSSIER

Bengaluru — Five people were hospitalised after being shot and injured in Shreveport, Louisiana, CBS-affiliated television station KSLA reported late on Sunday, the third multiple shooting reported in the US in 24 hours.

In a briefing to local news outlets, police said they were in the first stages of investigating the incident, without confirming the number of people admitted to hospital or their condition.

One victim was shot in the head, while another suffered multiple gunshot wounds, according to local news outlet Love Shreveport-Bossier.

Sunday’s incidents came with the US already on edge over a surge in shootings in recent weeks. A gunman killed eight workers and himself at an Indianapolis FedEx centre on Thursday night, with at least seven deadly mass shootings reported in the US over the past month.

In Shreveport, northwest Louisiana, multiple police units were dispatched to the scene of the incident, which took place about 9pm local time on Sunday on Hearne Avenue, according to the KSLA report. Victims were taken to Ochsner LSU Health and other local hospitals, the report added.

Earlier on Sunday three people died at an apartment complex in Austin, Texas. Authorities are hunting for a former deputy sheriff wanted in connection with the fatal shooting.

Separately, three people were killed and two wounded in a shooting at a bar in Kenosha County, Wisconsin, in the early hours of Sunday.

The spate of shootings has increased public pressure to tighten gun regulations. Most Americans support tougher gun laws, according to Reuters/Ipsos polling, but Washington has done little to address the problem in recent years.

This is unlikely to change as small, rural states where gun ownership is widespread have disproportionate influence in the US Senate
World
3 weeks ago

Experts who track police prosecutions say it is highly unusual for a city’s senior police official to testify that one of his former subordinates ...
World
3 weeks ago

US president announces broader registration requirements, including for 'ghost guns' and pistols, to end 'epidemic' of gun violence
World
1 month ago
Next Article