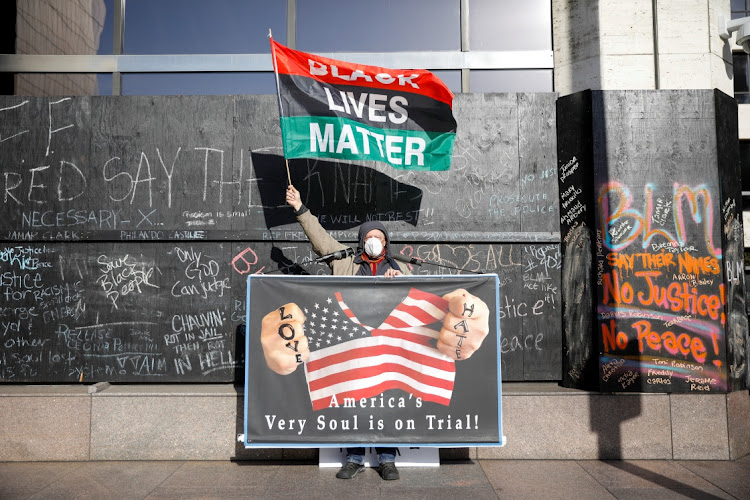 Wilmington —  US prosecutors will rest their case this week against former Minneapolis police officer Derek Chauvin in the death of George Floyd, bolstered by police testimony and emotional eyewitness descriptions of Floyd dying under Chauvin's knee.

So far, prosecutors have called eight members of the Minneapolis police department, including the chief. Much of the testimony described Chauvin as using excessive force when he pinned a handcuffed Floyd for more than nine minutes, which Loyola Law School professor Jessica Levinson described as “devastating” for the defence.

“It’s not part of our training, and it is certainly not part of our ethics and our values,” chief Medaria Arradondo told the jury last week, referring to how Chauvin held his knee on Floyd's neck.

According to experts who track police prosecutions, it is highly unusual for a city’s senior police official to testify that one of his former subordinates used excessive force.

“The fact they broke the ‘thin blue line’ — that officers are trying to distance themselves from Chauvin — that's really remarkable,” Levinson said.

Chauvin, 45, who is white, has pleaded not guilty to murder and manslaughter charges in the May 2020 death of the 46-year-old Floyd, who was Black, arguing that he was following the training he had received during his 19 years on the force.

A bystander video of the incident was shared widely on social media, sparking protests in the US and around the world over police brutality and racism.

Grand juries often do not indict police officers for killing someone in the line of duty, particularly when the victim is Black, according to legal experts. When charged, convictions occur at a lower rate than most murder cases.

Since 2005, about 140 nonfederal police officers in the US have been charged with murder or manslaughter resulting from an on-duty shooting, according to data compiled by Philip Stinson, a criminologist at Bowling Green State University. The conviction rate in those cases is about 46%, though some of those convictions were for lesser offenses.

Accused police officers frequently blame a victim's resistance, concerns about gathering crowds or drugs in someone's system to justify the use of force.

Chauvin's lawyer, Eric Nelson, has argued that Floyd's death was caused by a heart malfunction that was the result of a drug overdose and other underlying conditions. He also said Chauvin encountered a suspect who was resisting officers as people in a crowd yelled insults at them, posing a “potential threat.”

But testimony from fellow officers that Chauvin violated protocol and videos of the incident undercut the defence's narrative, experts said.

Drug issue ‘off the table’

Tearful witnesses reliving the trauma of watching Floyd die while being detained reduced the risk that jurors would become numb to repeated viewing of the video that is central to the case.

“What they have done beautifully is infected the trial with emotion,” said Joseph Friedberg, a criminal defence attorney in Minnesota.

Experts said the prosecution also had presented strong expert testimony to counter the defence's claim that Floyd's opioid use caused his death.

A prosecution witness who took the stand on Thursday, Dr Martin Tobin, said “any healthy person” would have died in a similar restraint, which he compared to a vise.

Tobin spoke directly to jurors who scribbled notes. Under his guidance, many of them touched their necks as he described the impact on Floyd from Chauvin's knee.

“The way the prosecution is doing it is taking the drug issue off the table,” said Jeffrey Frederick, a trial consultant.

Chauvin only needs to persuade one juror to acquit, which would create a hung jury, although prosecutors in that situation could try him again.

In the coming days, Chauvin's legal team is expected to call witnesses who will focus on medical evidence about Floyd's underlying heart condition and drug use, which experts said could help create doubt among jurors about the cause of death.

That could be enough to encourage a juror sceptical of the state's case to hold out against a conviction.

“They can say: ‘Oh it’s not because I didn’t watch the video or understand it or I have biases, it's because of the drug use’,” said Roy Futterman, a director at the trial consulting firm DOAR.