‘We are in a state of war. The counting never stops’ 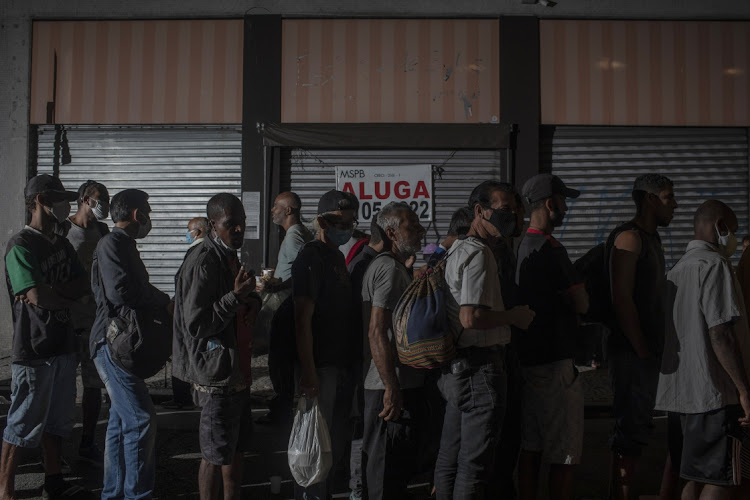 Rio de Janeiro — Before they can even start the grim task of tallying coronavirus deaths in Brazil's favelas, Ana Paula Sales and her team must negotiate access with the drug traffickers and armed militias that run them.

It is dangerous work — on one visit to a favela in Itaguaí, a town in Rio state, the all-female team had to run for their lives after getting caught up in a shoot-out between drug gangs and police.

Sales sees an accurate count of victims as a crucial part of the fight against the pandemic in a country facing a brutal surge in Covid-19 deaths.

Last week, the daily death toll in Brazil topped 4,000 for the first time, nearing the daily record that the US registered on January 20 of 4,405 deaths.

But those trying to count the deaths in Rio's favelas believe the true toll is even worse, with many cases and deaths going unrecorded by officials.

“We are in a state of war,” said Sales, who has lost close relatives and many friends to the disease. “The counting never stops.”

Government data shows 226 Covid-19 deaths in the whole of Itaguaí since the pandemic began, yet Sales and her team counted 212 deaths in her favela of Engenho alone.

The 51-year-old is one of several contributors to a dashboard launched in 2020 by Catalytic Communities, a non-profit that aggregates coronavirus data from Rio's favelas to try to give a truer picture of the devastating impact.

Catalytic relies on government information and news reports, but also on a group of favela-based volunteers, usually local leaders. A year on, many of them are feeling the strain.

“It's nerve-racking work,” Sales told the Thomson Reuters Foundation by phone. “We need to go in very strategically and with focus.”

Brazil is grappling with a coronavirus outbreak that is spiralling out of control, with hospitals overwhelmed and running low on critical supplies.

Douglas Heliodoro gave up counting coronavirus deaths in his Brazil favela after residents stopped responding to his surveys, fearing they would have to quarantine.

For many of Rio das Pedras's more than 60,000 people, having to stay home rather than going to work would mean not being able to put food on the table.

“They fear the stigma,” said Heliodoro, a community leader who also runs a local charity. “There's a lot (of underreporting), but we hear through word of mouth that lots of people are dying.”

That is the reality facing most of the about 1.3-million people who live in Rio's favelas, where Covid-19 infection rates are feared to be higher due to poor nutrition, cramped housing and ill health.

In March, Catalytic and dozens of other favela charities published an open letter saying residents should get priority for vaccines.

“There's a lot of underreporting, and it's higher in favelas,” said Theresa Williamson, head of Catalytic Communities. “With the data we have ... we already know that (favelas) are more vulnerable.”

The Catalytic dashboard has information from 230 of the about 1,000 favelas in the state and shows 3,687 dead. But many are from the early months of the pandemic, said Williamson.

She said Catalytic's use of government data had improved, but that many researchers had switched focus from counting victims to feeding the needy and raising awareness.

In January the situation worsened when a government subsidy ended, increasing the demand for food handouts.

Heliodoro is among those now focused on helping by handing out food staples and spreading awareness about the vaccine.

“I'm in anguish, because there's so little I can do,” he said.

One place where deaths are still being counted is Maré, a complex of 16 favelas home to more than 140,000 people where Brazil's leading public epidemiological institute has opened a free testing centre in partnership with local non-profits.

The centre makes Maré one of the few favelas with an accurate assessment of coronavirus's toll on the population, said Daniele Moura, who co-ordinates the project for Redes da Mare, one of the non-profits involved.

It now leads Catalytic's dashboard in number of cases, with 3,419 confirmed, and 173 deaths.

Having an accurate count, however, does not dull the pain of those who lost someone to the disease, said Moura, whose father died from Covid-19.

“I have a great personal difficulty seeing this number as just a figure,” said Moura. “When I see it, I remember my dad is among them.”

Cases have soared 13-fold in less than two months as flouting of health protocols, even by politicians, has proved disastrous
World
4 weeks ago

Patient has no history of travel to SA, says biomedical institute chief
World
1 month ago