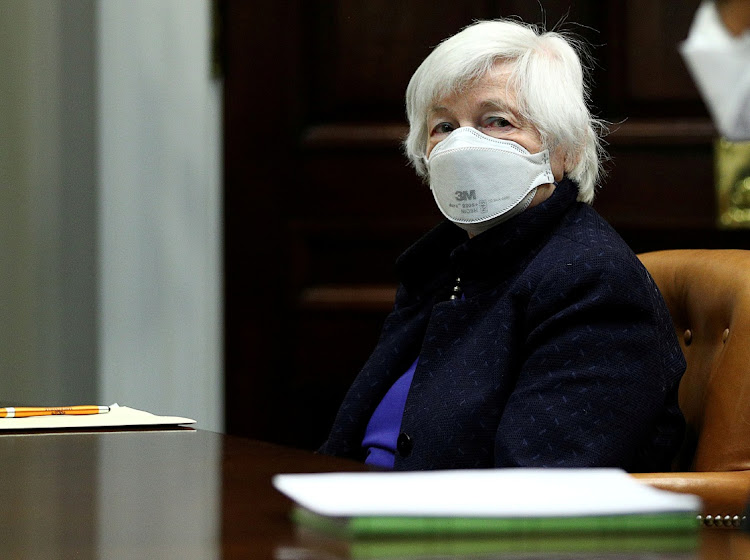 Washington — US treasury secretary Janet Yellen unveiled a detailed sales pitch for the Biden administration’s proposed new corporate-tax code, a plan that she said would be fairer to all Americans, remove incentives for companies to shift investments and profit abroad and raise more money for critical needs at home.

Expanding on the tax proposals released last week in President Joe Biden’s $2.25-trillion economic package, the Treasury said the changes, over a decade, would bring back about $2-trillion in corporate profits into the US tax net, with about $700bn in federal revenue streaming in from ending incentives to shift profits overseas.

All told, the extra tax take of about $2.5-trillion over 15 years would pay for Biden’s eight-year spending initiative, which is aimed at infrastructure, green investments and social programmes that would support a larger labour force, according to the Treasury.

“Our tax revenues are already at their lowest levels in generations, and as they continue to drop lower we will have less money to invest in roads, bridges, broadband and R&D,” Yellen told reporters during a phone briefing, referring to research & development. “By choosing to compete on taxes, we’ve neglected to compete on the skill of our workers and the strength of our infrastructure. It’s a self-defeating competition.”

The S&P 500 Index dipped after Yellen’s proposal, falling as much as 0.1%, before recovering. The Nasdaq 100 Stock Index of big tech companies also briefly fell into the red.

The Treasury released a 17-page report on Wednesday that will probably serve as a road map for administration officials and legislators seeking to navigate the combined package of spending and tax proposals through Congress in the coming months.

The key elements of the corporate tax plan include raising the US corporate rate to 28% from 21%, and imposing minimum taxes on both foreign earnings as well as the domestic profits that corporations report to shareholders, changes that would significantly increase the taxes companies owe.

The tax proposals already face sharp opposition from Republican legislators and pushback from some moderate Democrats. West Virginia senator Joe Manchin has said he opposes a corporate tax rate above 25%. With the Senate split 50-50, Biden cannot afford to lose the support of a single Democratic senator if he wishes to push through any portion of the package.

While most business groups, including the US Chamber of Commerce and the Business Roundtable, have come out in opposition to the tax increases, some have acknowledged that there could be benefits from higher corporate taxes to fund infrastructure spending. Amazon CEO Jeff Bezos said on Tuesday that he would support a tax-rate increase, but didn’t specify a number.

The proposal for a global minimum tax comes as the Organisation for Economic Co-operation and Development (OECD) is managing talks with about 140 countries, including the US, on establishing a worldwide levy on corporate profits. A global rate has yet to be decided, though prior proposals had suggested rates at roughly 12.5%. Biden’s plan for 21% would be significantly higher and could complicate negotiations.

The Treasury report featured a raft of data to support the administration’s case. US-based companies that operate globally collectively paid a 7.8% effective rate in 2018, the first year that former president Donald Trump’s tax cut went into effect, according to the non-partisan joint committee on taxation. The year before, corporations paid 16%.

Across member countries of the OECD corporate tax revenues are equivalent to an average 3.1% of GDP. In the US, it’s 1%, the Treasury said.

That places an unfair burden on workers, made worse by Trump’s 2017 changes that cut corporate levies, according to the Treasury report. The report points to research showing corporations put more of their savings from the Trump tax cuts into share buybacks and dividend distributions than into new investments.

Profitable companies would no longer be able to use tax breaks to completely eliminate their federal tax bills and would have to pay at least 15% on the profits reported on their financial statements, known as book income.

That levy would apply to corporations earning at least $2bn, an increase from a $100m threshold included in Biden’s campaign tax plan. About 180 companies have reported income at those levels in recent years and about 45 of those firms would have paid the minimum tax if Biden’s plan were in effect, the report said.

The average company facing the tax would have an increased minimum tax liability of about $300m a year, the Treasury said.

Biden’s plan also calls to repeal central elements of Trump’s 2017 corporate tax overhaul, including the base erosion and anti-abuse tax, or “BEAT”. The measure, which is meant to punish companies that move profits offshore, has been criticised for taxing some non-abusive transfers while missing tax-avoidance strategies.

The Treasury said it plans to replace the BEAT with the “Shield”, an acronym for stopping harmful inversions and ending low-tax developments. That would block companies from deducting payments made to their affiliates in countries with tax rates lower than the 21% rate on offshore profits. The plan would also include additional penalties for companies that try to move their headquarters to another country to escape the US tax net.

Biden’s plan also calls for eliminating all subsidies specifically for oil and gas embedded in the tax code, including deductions for drilling costs. The treasury department estimates that would raise about $35bn in the coming decade.

What is a global minimum tax and how could it affect companies, countries?
World
2 weeks ago