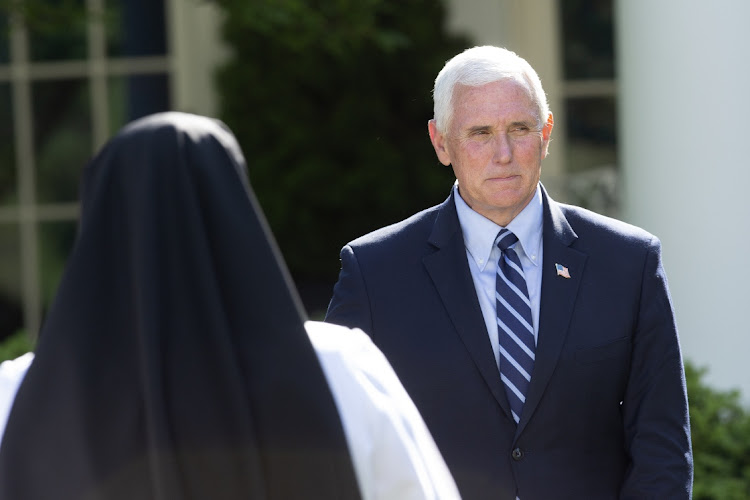 Washington — Former US vice-president Mike Pence has  launched an advocacy group to promote his agenda and defend the Trump administration’s record, a signal that he’s moving towards a 2024 presidential bid.

The group, Advancing American Freedom, will “build on the success of the last four years by promoting traditional, conservative values and promoting the successful policies of the Trump Administration”, Pence said in a statement announcing the launch on Wednesday.

“Conservatives will not stand idly by as the radical left and the new administration attempt to threaten America’s standing as the greatest nation in the world with their destructive policies,” he said.

The group will give Pence a platform to outline his policy agenda and solidify support among key Republicans without officially stepping into the presidential race. Former president Donald Trump has not ruled out another bid for the White House, making it difficult for potential rivals like Pence to organise without alienating him.

Pence also announced an advisory board of high-profile political and policy advisers, many of whom worked for Trump, including former counselor to the president, Kellyanne Conway; former director of the National Economic Council, Larry Kudlow; and Seema Verma, who was Trump’s administrator of the Centers for Medicare and Medicaid Services.

After leaving the White House, Pence took a role at the Heritage Foundation, an influential conservative think-tank. His list of advisers includes others with links to Heritage, including former senator Jim DeMint, who was ousted as president of the group in 2017 after four years.

The group says Pence and the board are in “in a unique position to merge traditional Conservative values with the Make America Great Again policy agenda that propelled the nation to new economic heights, and unprecedented strength and prosperity.”

Advancing American Freedom promises to “oppose the expansion of government under Joe Biden and Kamala Harris’s radical left policy agenda from Washington, DC, into communities across the country.”

Pence’s group is structured in a way that allows for political activity as long as that is not the “primary purpose”.

The reasons for impeachment rest on dubious grounds, with Democrats seeking only to ensure he will not contest another election
Opinion
11 months ago
Next Article