Key Democrat demands tax changes in exchange for his support 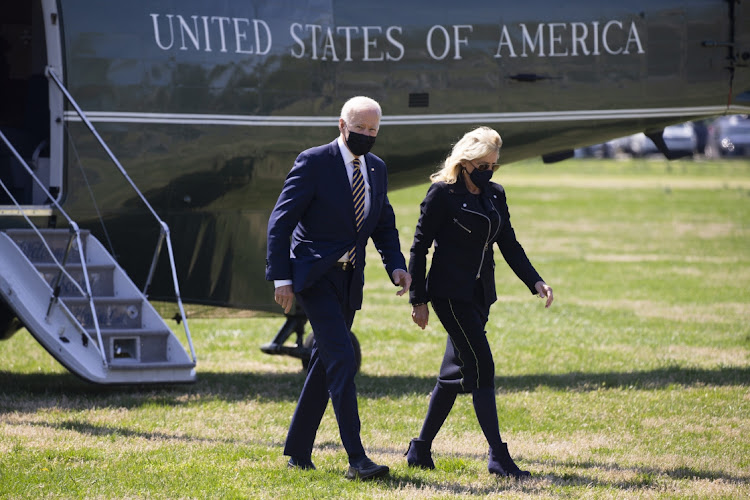 US President Joe Biden and First Lady Jill Biden arrive at the White House in Washington, DC, the US, April 5 2021. Picture: MICHAEL REYNOLDS/EPA/BLOOMBERG

In 2017, Manchin proposed a 25% corporate rate as an amendment to the Republican tax law.

“As the bill exists today it needs to be changed,” Manchin told WVMetroNews radio on Monday. “This bill will not be in the same form you’ve seen it introduced or see people talking about it.”

In the face of expected united Republican opposition to Biden’s proposal, Democrats will need Manchin’s vote and that of every other Democrat and independent to reach the 51 votes needed to use a special budget process to pass any tax increases.

“If I don’t vote to get on it, it is not going anywhere,” Manchin said. “It’s more than just me. There are six or seven other Democrats that feel strongly about this. We have to be competitive, and we are not going throw caution to the wind.”

“This whole thing has got to change,” he said.

Manchin said the bill may be broken up into three different bills to pass. Some Republicans have said they could support a smaller infrastructure-focused measure. He plans to continue working with a group of Democratic and Republican senators to craft a bipartisan bill, Manchin said.

Also on Monday, Senate minority leader Mitch McConnell reiterated his opposition to Biden’s plan, calling it another round of huge spending with a tax increase and more borrowing.

“If that’s the package, a bunch of more borrowed money plus undoing the tax relief that drove our economy to a 50-year high — I can’t imagine that’s going to be very appealing to many Republicans,” McConnell said at a press conference in Kentucky.

McConnell said he would be willing to discuss an infrastructure package that was smaller, wasn’t paid for by undoing the 2017 tax law and didn’t add to the deficit.

Republicans are already laughing off the plan over its corporate tax hikes, while some Democrats say the bill needs to be bigger
World
2 weeks ago