Infrastructure, ‘green spending’ and tuition reductions will be among measures to be submitted to the US president 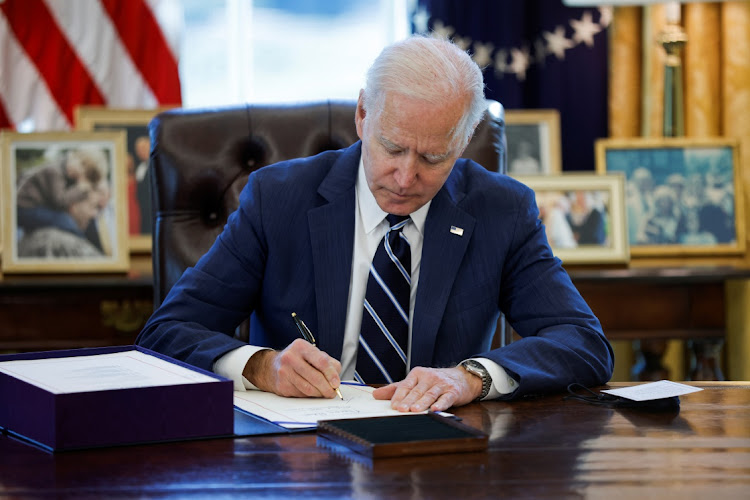 Washington — The Biden administration is considering as much as $3-trillion worth  of measures to include in the long-term economic programme that will follow the $1.9-trillion pandemic-relief bill signed earlier in March, according to a person familiar with the deliberations.

The proposal will be presented to President Joe Biden this week, the person said, asking not to be named as the discussions are private.

Infrastructure and climate change have long been described as key efforts in the pending programme, and the new details show the administration is eyeing about $400bn for so-called green spending, according to the person. The plan also addresses investing in human capital, with tuition reductions among minorities along with health care initiatives, the person said.

Unlike the Covid-19 emergency-spending programme, the longer-term proposals will feature a major revenue-raising effort. Aides say increasing corporate taxes and rates for the wealthy will be central components of what’s set to amount to the biggest tax increases since the 1990s.

The New York Times and Washington Post earlier reported on the administration’s discussions of a $3-trillion programme, likely to be divided into two separate packages. A White House spokesperson declined immediate comment on the plans.

The $3-trillion figure compares with economists’ estimates for a range of $2-trillion to $4-trillion. The person familiar with the talks said no final spending total has yet been decided on, and $3-trillion is what will be presented to Biden.

As Biden teams up with Western powers, relations haven't been this bad since before Nixon initiated detente
Opinion
1 month ago

While an effort to raise the wage from $7.25  without Republican votes was blocked in the Senate, congressional Democrats are likely to try again
World
1 month ago

While the White House has rejected an outright wealth tax, its current thinking does target the wealthy
World
2 months ago
Next Article