Sebastián Piñera, had an approval rating of just 6%, now it’s heading towards 20% 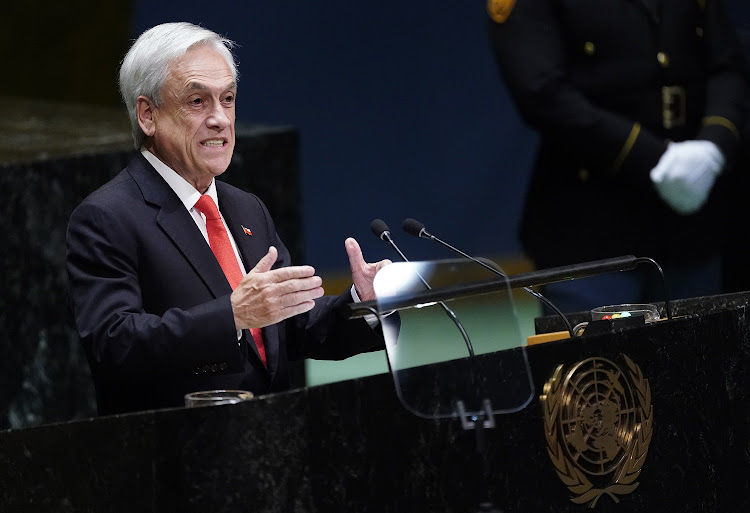 Santiago — Just over a year ago, Chile’s billionaire president, Sebastián Piñera, had an approval rating of 6%, the lowest in Latin America. His nation was exploding over inequality and he was dismissed as a hard-hearted plutocrat. The demand running wild on social media was: “Piñera, resign.”

Today, Chile is vaccinating its population against Covid-19 at a rate that outstrips most of the world due partly to Piñera’s shrewd deal-making with drug companies. The result: his approval rating has leapt to between 14% and 20%, with the nation slowly becoming more grateful to the executive at the top.

“This time, his past as a businessman played to his favour,” said Gonzalo Müller, director of the centre of public policy at the Universidad del Desarrollo. “He showed his business capacity and his abilities to mobilise resources, manage and negotiate.”

About 21% of Chileans have received a coronavirus vaccine shot, more than in the US at roughly 18%, and way ahead of Peru at 1% and Argentina’s 2.6%, according to Bloomberg’s vaccine tracker. Chile, with 18-million inhabitants, expects to inoculate its entire target population by June, giving Piñera a chance to recraft a legacy tainted by social unrest. He has even announced plans to donate some vaccines to neighbours Ecuador and Paraguay.

The government’s Covid-19 response has earned a 52% approval, and 80% consider mass vaccinations either “good” or “very good”, according to a Cadem poll published on March 8.

Both figures are substantially higher than Piñera’s who is facing an uptick in virus infections coinciding with the end of summer vacation at the start of March. More broadly, he is grappling with lingering mistrust from the 2019/2020 mass protests, when he called in the military, as well as the threat of fresh unrest as the country starts to draft a new constitution.

Put together, he is running out of time to boost his approval and give the ruling coalition a better shot at staying in power ahead of November’s presidential elections.

Still, his stronger standing contrasts with the fortunes of other Latin American leaders who have been weakened by the pandemic. Brazil President Jair Bolsonaro is grappling with falling approval amid nationwide vaccine shortages and record virus deaths, while leaders in Peru and Argentina are contending with scandals over VIP access to shots.

Implementing a responsible vaccination programme has been one of Piñera’s main concerns from day one, government spokesperson Jaime Bellolio said when asked for comment. Any approval rating increases stemming from government actions are welcome, he said.

The science ministry established contacts with laboratories developing vaccines and offered Chile for clinical trials, while the foreign ministry closed deals for shots and the health ministry organised local awareness campaigns and distribution.

“The high policy priority, the amount of resources that were set aside and the early negotiations made a difference,” Leanes said. “There was decisive support from local governments that made additional resources available to guarantee refrigeration chains, electronic vaccination registrations, monitoring and permanent tracking in vaccination centres.”

By December, Chile had secured almost 36-million doses from suppliers including Sinovac and Pfizer-BioNTech. Officials haven’t let up with a recent push to secure doses of the Russian and other Chinese vaccines, as well as long-term contracts with multiple laboratories.

Chile remains in a state of political uncertainty as it rethinks its constitution and grapples with its identity as the wealthiest country on the continent where millions still struggle.

Piñera’s future remains equally unclear although Müller, of the Universidad del Desarrollo, believes his approval rating will continue to grow.

“After a year stuck in a black cloud, we are seeing the light at the end of the tunnel,” he said. The vaccination process is helping change sentiment “from a view that everything is bad to one of hope for the future.”

More than three-quarters of the country’s estimated 60,000 sex workers are sole earners and have at least one dependent
World
1 year ago

São Paulo-based Butantan Institute lists an efficacy rate of 50.4%, after pressure for more transparency
World
1 year ago
Next Article

Chile obliged to loosen the purse strings as protests continue

Chile obliged to loosen the purse strings as protests continue