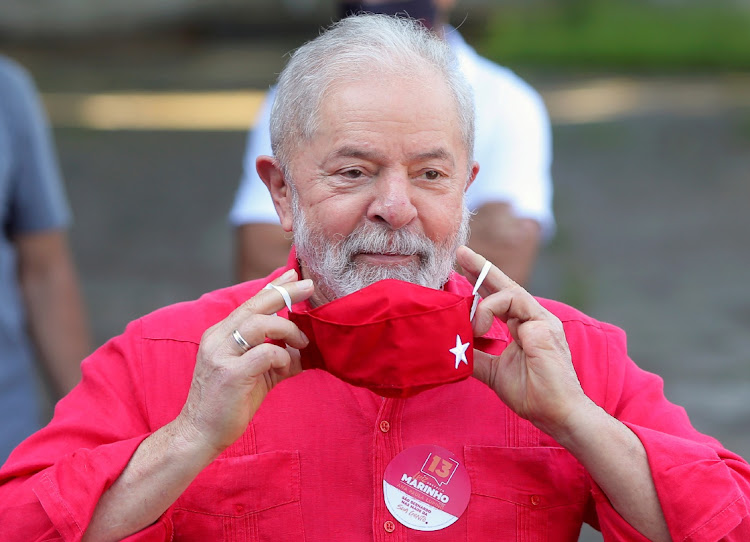 Stocks fell 4% on the news, by far the worst performer among major indexes on Monday. The real sank more than 2% to 5.82 per dollar at the close, the lowest since May and past the last technical barrier before the all-time intraday low of 5.97.

The judge’s decision provides the former labour union leader and two-term president his biggest chance yet at a long-sought comeback. While Lula da Silva remains revered for lifting millions of Brazilians out of poverty, many on the right say he is a symbol of corruption and economic mismanagement under the leftist Workers’ Party.

For investors, his return to the electoral agenda could derail the government’s reformist push and bring forward an election debate that wasn’t expected until closer to the vote, set for October 2022.

“If Lula is able to run again, the reform agenda would likely be off the table and the prospects for fiscal discipline would deteriorate,” said Brendan Mckenna, a strategist at Wells Fargo & Co. in New York.

The federal court in the southern city of Curitiba had no jurisdiction over cases against the former president, Fachin wrote in a statement released on Monday. The decision annuls convictions for crimes such as bribery stemming from upgrades at a property in Atibaia and a beachfront triplex, both in the state of Sao Paulo.

The cases against Lula da Silva, which prevented him from running in the 2018 vote against Jair Bolsonaro, must be tried in court in the capital city of Brasilia and not in Curitiba because the facts that were raised don’t have direct ties to the misappropriation registered at Petroleo Brasileiro, according to the statement. Since 2014, the Brazilian oil producer known as Petrobras has been the focus of the so-called Carwash scandal, the largest corruption probe in the country’s history.

“The decision is in line with everything we have been saying for more than five years,” Lula da Silva’s lawyers Cristiano Zanin Martins and Valeska Teixeira Zanin Martins said in statement.

Bolsonaro, in the meantime, dismissed Fachin’s ruling saying it was politically motivated. “Brazilians do not even want to have a candidate like this in 2022, less so possibly electing him,” the president told reporters at the official residence in Brasilia on Monday. “I hope that the supreme court will reestablish the conviction.”

The former president was convicted of corruption in 2017, and left jail in late 2019 after a supreme court decision he couldn’t serve time as all appeals hadn’t been exhausted. He has repeatedly denied wrongdoing and has said he’s victim of political persecution.

Ford will shutter three plants and terminate about 5,000 jobs in Brazil by year-end as part of a global restructuring
World
3 months ago