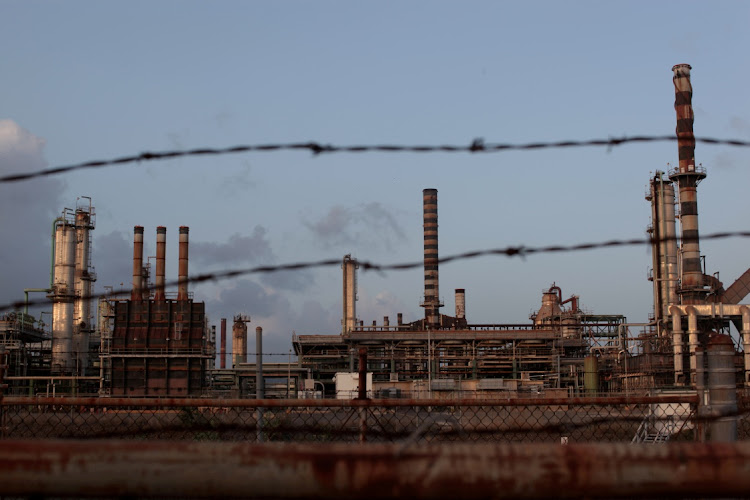 New York — Earlier this month, Loren Hughes, a longtime resident of the US Virgin Islands, noticed specks of an oily substance covering his home, as well as those owned by his neighbours.

For Hughes, 46, it brought back memories of the last time St Croix’s long-idled refinery was operating, about a decade earlier. The refinery restarted last month, bringing back hundreds of jobs — but for nearby residents, they say it also brought difficulty breathing, headaches and watery eyes.

“Sometimes it’s like sulphur or rotten eggs. The other smells are unexplainable,” Hughes said.

The US Environmental Protection Agency (EPA) wants the refinery’s owners, Limetree Bay Ventures, to increase its monitoring of air quality due to emissions affecting the nearby neighbourhoods, but the owners have so far balked.

St Croix is a long way from the US mainland. But the battle over the refinery’s pollution on this Caribbean island and tourist resort is one of the first tests of how the Biden administration will prioritise environmental justice.

As the US has become the world’s largest fossil fuel producer, opponents have grown more vocal about how many projects, particularly in the petrochemical and refining industries, are situated near low-income areas with large minority populations.

The Biden administration has vowed to make sure new energy projects do not unfairly harm those communities, such as the ones living near the refinery. About 90-million Americans live within 50km of at least one refinery, according to environmental group Earthjustice.

“This situation offers the first opportunity for the Biden-Harris administration to stand up for the environmental community, and take a strong public health and climate change stance concerning fossil fuels,” said John Walke, senior attorney and director of clean air programmes with the Natural Resources Defense Council.

After a decade idle, the Limetree Bay refinery restarted this year with plans to process up to 200,000 barrels of oil a day into petrol and other fuels. Limetree Bay Ventures also received strict conditions from the US EPA, which told the company that it had to add enhanced air quality monitoring.

When you are talking about people who are poor, they’re not going to criticise the refinery that gives them jobs

Limetree Bay, backed by private equity firms EIG and ArcLight Capital, is appealing that directive, saying the monitors are not necessary and their operating cost is not Limetree’s responsibility.

A Reuters examination of publicly available EPA data shows the refinery is also now not monitoring sulphur dioxide levels near the plant, as required. Limetree declined several requests for comment on this issue.

A spokesperson for EIG representing the refinery told Reuters it is committed to excellent environmental performance and considers it fundamental to the company’s success. ArcLight did not respond to requests for comment.

St Croix residents are torn between dealing with the effects of pollution and the benefits of high-paying jobs that offset the loss of tourism dollars amid the coronavirus pandemic.

“When you are talking about people who are poor, they’re not going to criticise the refinery that gives them jobs,” said Virginia Clairmont, a community activist who meets company representatives quarterly.

A 2020 study by researchers at University of Texas Medical Branch concluded that living within 50km of an oil refinery was associated with increased risk of multiple cancer types.

The permit Limetree Bay Ventures is fighting was issued during the Trump administration, but it is now up to the Biden administration to enforce it — as it considers even stricter controls.

The refinery, formerly known as Hovensa, produced more than 500,000 barrels of product per day before joint owners Hess and Venezuela’s state-run oil company shut it down in 2012 after violations of the US Clean Air Act. The company cited the global economic slowdown and competition with new refineries in emerging markets.

As it planned to reopen, Limetree in 2018 filed for a permit allowing the company to expand and construct additional units without being deemed a new source of pollution, which would require stricter pollution controls. Trump’s EPA granted the permit, as long as emissions were kept under “plantwide applicability limit”.

In a 2019 report on Limetree, the EPA said it is difficult to conclude that Limetree Bay’s emissions would not hurt nearby residents’ health and quality of life. It later required Limetree Bay Ventures to add five air monitors in exchange for the permit.

Limetree Bay has appealed that ruling with the EPA’s Environmental Appeals Board (EAB), a little-known independent US tribunal comprises four judges that rule on such disputes.

In its appeal, Limetree said the EPA requirements are linked to environmental justice concerns that are unrelated to operating within the pollution limits of the permit.

It is unclear when the EPA’s appeals board will rule on the permit dispute. The Biden-run EPA could withdraw the permit, and it is also reviewing whether the refinery is a new source of pollution that requires stricter air pollution controls.

If the EAB sides against Limetree, the company has the right to appeal to a federal court. The EPA cannot appeal EAB rulings.

The restart has created 400 full-time jobs, 80% of which must go to island residents, who mainly rely on tourism for employment.

“In these difficult economic times, I am very pleased that the refinery is creating hundreds of well-paying, quality jobs for USVI workers,” St Croix governor Albert Bryan junior said in January.

Officials estimate the refinery could bring in $7m in tax revenue annually to the cash-strapped island of 105,000 people. The US territory has a $4bn unfunded pension liability that is about equal to the island’s entire GDP, according to Austin Nibbs, administrator of USVI Government Employees’ Retirement System (Gers).

The refinery should pay the costs of air monitoring, said John Willard, 69, a retired St Croix school principal with a government pension. “It’s their duty and responsibility to make sure the communities are functioning in remain as healthy as possible and as clean as possible for air,” he said.

An EIG spokesperson said the 2020 permit will “give Limetree the flexibility to explore more projects at the refinery that could lead to more local jobs and investment”.

Many residents agree the jobs are needed, but the memory of previous owners remains fresh. Jelani Ritter, who supports the refinery restart, recalls how previous owners filed for bankruptcy, avoiding the US Department of Justice’s order to pay $700m for pollution controls in 2011 after a series of incidents sickened residents.

“They made a lot of money off the people of the Virgin Islands and when it got difficult, they shut the plant down,” Ritter said. “We felt used.”

The motives of the American Petroleum Institute, a long-time and staunch ally of the fossil-fuel industry, may be more about fear of Biden policies ...
World
1 month ago

Joe Biden tries to steer US out of choppy, Trump-loyalist waters

What was behind the foul sulphur smell in Gauteng?

Tendele coal mine secures peace accord and legal victory

What was behind the foul sulphur smell in Gauteng?

Tendele coal mine secures peace accord and legal victory