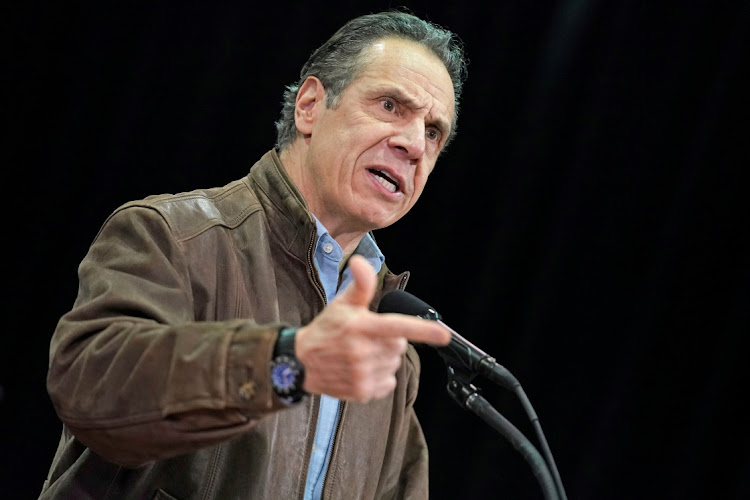 Bengaluru — New York governor Andrew Cuomo’s top advisers had successfully pushed the state’s health officials to strip a public report of data that showed more nursing-home residents had died of Covid-19 than acknowledged by the administration, the Wall Street Journal and the New York Times reported on Thursday.

The report in July had examined factors leading to the spread of the coronavirus in nursing homes and focused only on residents who died inside long-term care facilities, leaving out those who died in hospitals after becoming sick in nursing homes, the Journal said.

Hence, that report had said 6,432 nursing-home residents died from the outbreak, which was a significant undercount of the death toll attributed to the state’s most vulnerable population, the Wall Street Journal added, citing sources with knowledge of the report's production.

The New York Times reported on Thursday that the report written by state health officials showed more than 9,000 deaths from Covid-19 among nursing home residents by June and Cuomo’s most senior aides did not want to make that number public.

They rewrote the report to take that figure out, according to interviews and documents reviewed by the Times

According to a chart reviewed by the New York Times that was included in a draft when the report was being written, the health department’s data put the death toll about 50% higher than the figure then being cited publicly by the Cuomo administration.

“The out-of-facility data was omitted after the DOH (department of health) could not confirm it had been adequately verified,” Beth Garvey, a special counsel and senior adviser to Cuomo, said in a statement, adding the additional data did not change the report’s conclusion.

Health department spokesperson Gary Holmes said: “DOH was comfortable with the final report and believes fully in its conclusion that the primary driver that introduced Covid into the nursing homes was ... brought in by staff.”

Cuomo faces mounting crises and investigations both over the nursing home scandal and accusations of sexual harassment by three women, two of who worked for him. He offered a fresh apology on Wednesday for his behaviour and promised to co-operate with a review by the state's attorney-general but said he would not resign.

Scientific optimism about effective vaccines has been short-lived as recent data on variants means the virus will probably cause a significant burden ...
World
1 month ago

With about 16-million people in the group, the government will have to make tough choices on who to jab first
National
1 month ago
Next Article