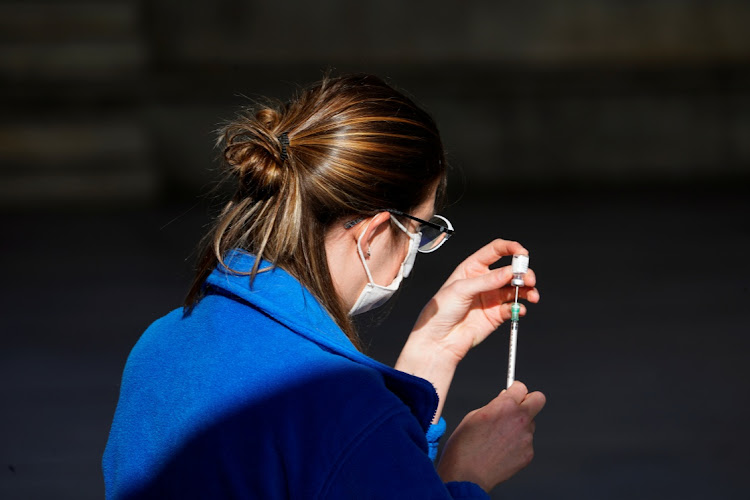 Johnson & Johnson's (J&J) one-shot Covid-19 vaccine appeared safe and effective in trials, US Food and Drug Administration (FDA) staff said in documents published on Wednesday, paving the way for its approval for emergency use.

The FDA's panel of independent experts meets on Friday to decide whether to approve the shot. While it is not bound to follow the advice of its experts, the FDA usually does and has authorised vaccines from Pfizer and Moderna.

J&J said in documents submitted to the FDA that its data suggested its vaccine was effective at preventing asymptomatic infections. It said that in a preliminary analysis of its trial, it found 16 cases of asymptomatic cases in the placebo group vs two in the vaccine group, or an 88% efficacy rate.

SA has secured a commitment for 9-million doses of J&J’s single shot, and 20-million doses of the double-shot jab developed by Pfizer/BioNTech. The  vaccine has been authorised by regulators, including Sahpra, for research, reports said.

While asymptomatic infection was not the primary goal of the trial, which studied the vaccine's ability to stop moderate to severe Covid-19, the reduction of asymptomatic cases implies the shot can also cut transmission of the disease.

J&J's vaccine was 66% effective in preventing Covid-19 against multiple variants in a global trial involving nearly 44,000 people, the company said in January.

Its effectiveness varied from 72% in the US to 66% in Latin America and 57% in SA, where a new variant has spread, though the vaccine was 85% effective overall in stopping severe cases of the disease.

The vaccine was effective in reducing the risk of Covid-19 and preventing PCR-test confirmed Covid-19 at least 14 days after vaccination, the FDA said in its briefing documents.

Three vaccine recipients had severe side effects in the trial that were likely related to the vaccine, but the FDA said its analysis did not raise any specific safety concerns that would preclude issuance of an emergency use authorisation.

The FDA said the most common solicited adverse reactions were injection site pain at 48.6%, headache at 39%, fatigue at 38.2% and myalgia (muscle pain) at 33.2%. Other side effects included a fever in 9% of participants and a high fever in 0.2% of those who received the vaccine.

The regulator said one case of pericarditis, a heart disease, may have been caused by the vaccine. It said cases of a rare disorder, Guillain-Barre Syndrome, were unlikely to be related to the shot though data was insufficient to determine whether the vaccine had caused these side effects.

J&J had not previously released details of its clinical trial data beyond efficacy rates.

The West African nation took delivery of 600,000 doses of the AstraZeneca vaccines in the capital, Accra, the WHO and the UN Children’s Fund said in a statement on Wednesday.

Ghana is expecting up to 2.4-million doses from the programme, Kwame Amponsa-Achiano, a Ghana health service epidemiologist. The actual number of vaccines Ghana receives from Covax will depend on market availability, he said.

Africa’s top gold producer is also working to purchase doses directly from manufacturers in a bid to inoculate its 30-million people. Its vaccination drive will prioritise health workers, people with underlying health conditions, and security personnel in its first stage.

Ghana has recorded 81,245 coronavirus infections since its first reported cases in March, including 584 deaths, according to government data.

SA will benefit from resumption of international goods trade and a resurgence in tourism, Treasury says
National
3 months ago

The likely removal of mobility restrictions over the coming months should further boost the oil demand and price recovery, one analyst says
Markets
3 months ago

After success in curbing the spread of Covid-19 in 2020, the central European nation now joins Slovakia in asking for help as its health crisis ...
World
3 months ago
Next Article

By the numbers: A history of vaccines

By the numbers: A history of vaccines