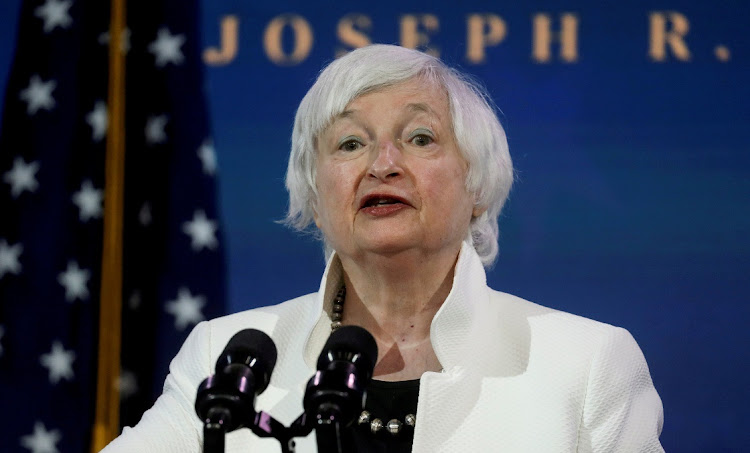 Washington  — US treasury secretary Janet Yellen has warned about an “explosion of risk” from digital markets, including the misuse of cryptocurrencies, but said new financial technologies could also help fight crime and reduce inequality.

In remarks to a financial sector innovation roundtable on Wednesday, Yellen said such technologies could be used to stem the flow of dark money from organised crime and fight back against hackers, but also to reduce digital gaps in the US.

She said passage of the Anti-Money Laundering Act in December would allow the treasury department to rework a framework for combating illicit finance that has been largely unchanged since the 1970s.

“The update couldn’t have come at a better time,” Yellen told policymakers, regulators and private sector experts. “We’re living amidst an explosion of risk related to fraud, money-laundering, terrorist financing, and data privacy.”

The Covid-19 pandemic had triggered more — and more sophisticated — cyberattacks aimed at hospitals, schools, banks, and the government itself, she said.

Cryptocurrencies and virtual assets offered promise, but they had also been used to launder the profits of online drug traffickers and to finance terrorism.

Innovation in the sector could help address these problems while giving millions of people access to the financial system, she said.

Yellen, who has promised to prioritise fighting inequality and disparities, said the pandemic had exposed huge problems, including the dearth of broadband access in many areas of the country.

She said responsible and equitable innovation could make a big difference.

Some car dealers say they beat Tesla to the trend, and bitcoin payments are a growing
Life
11 months ago

Tether, which has been under investigation, could be manipulating price of cryptocurrency
Opinion
1 year ago