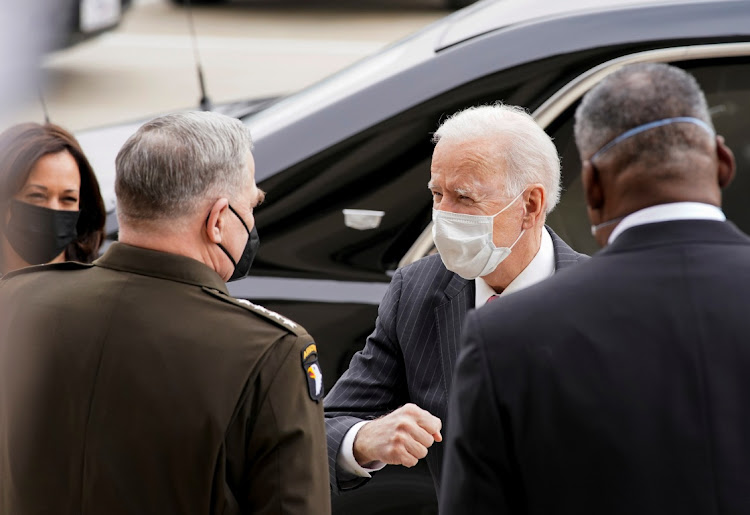 Washington  — President Joe Biden said on Wednesday he had approved an executive order paving the way for new sanctions on Myanmar military officers and their businesses after the military detained elected leaders and seized power on February 1.

Biden said the executive order would enable his administration “to immediately sanction the military leaders who directed the coup, their business interests as well as close family members”.

Biden also announced a freeze on $1bn of “Burmese government funds held in the US” that would prevent the generals from accessing those funds.

He did not say specifically who would be hit with the new sanctions.

“We will identify a first round of targets this week, and we're also going to impose strong exports controls. We're freezing US assets that benefit the Burmese government, while maintaining our support for health care, civil society groups, and other areas that benefit the people of Burma directly,” Biden said.

Protesters took to the streets of Myanmar for a fifth day on Wednesday, vowing to keep up demonstrations against the coup even after a woman was shot and critically wounded during clashes the previous day.

The US  would be ready to impose additional measures and would work with other countries to join in pressuring the coup-makers, Biden said.

The US is likely to target the commander in chief, Min Aung Hlaing, who led the coup. Min Aung Hlaing and other generals are already under US sanctions imposed in 2019 over abuses against Rohingya Muslims and other minorities.

The Biden administration has been working to form an international response to the crisis, including by working with allies in Asia who have closer ties to Myanmar and its military.

Secretary of state Antony Blinken and his Japanese counterpart Toshimitsu Motegi agreed to urge Myanmar authorities to immediately stop their violence against protesters, according to a statement from Japan's foreign ministry on Wednesday.

The Biden administration also was working on its Myanmar policy with both fellow Democrats and Republicans in Congress.

National security adviser Jake Sullivan spoke on Wednesday with Senate Republican leader Mitch McConnell, who has a long-standing interest in the country and a close relationship with Suu Kyi, a McConnell aide said.

Foreign investors on pins and needles after Myanmar coup

Political turmoil sets off anxiety across industries, with Kirin ending its joint venture with the nation’s largest brewer
World
4 months ago
Next Article