The group's founder, Gavin McInnes, is Canadian but lives in the US 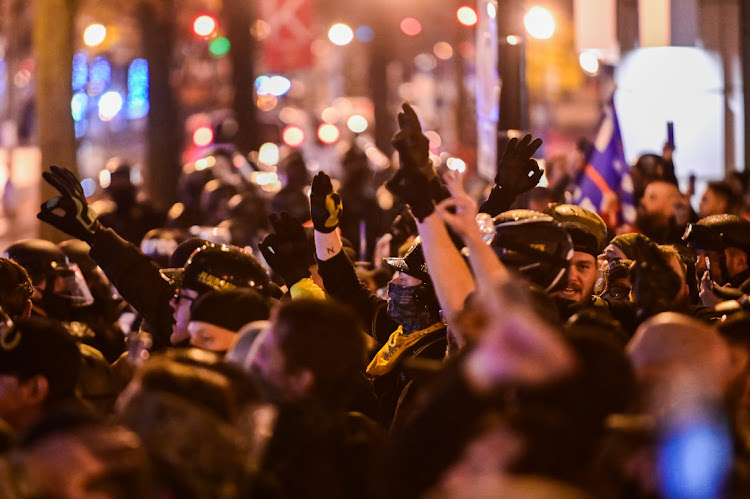 Ottawa — Canada named the far-right Proud Boys a terrorist entity on Wednesday, saying it posed an active security threat and played a “pivotal role” in January's attack on the US Capitol that left five people dead.

“There has been a serious and concerning escalation of violence — not just rhetoric but activity and planning — and that is why we have responded as we have today,” he told a news conference. He did not give details.

The group's founder, Gavin McInnes, is Canadian but now lives in the US.

US authorities have charged several members of the Proud Boys in connection with the January 6 attack in Washington.

Ottawa added 12 other entities to its list of terrorist entities — three neo-Nazi groups, including the Atomwaffen Division, and eight organisations described as affiliates to al Qaeda and Islamic State, as well as Hizbul Mujahideen, a Kashmiri group.

Blair said Canadian intelligence agencies had been working for months and in some cases years to gather the evidence needed to list the groups. Designation as a terrorist entity carries financial and legal consequences. Canada may bar entry to group members and authorities can seize their property and freeze bank accounts.

Founded in 2016, the Proud Boys began as an organisation protesting against political correctness and perceived constraints on masculinity in the US and Canada and grew into a group that objected to the exercise of governmental authority and the presidential transition.

Former US President Donald Trump, asked last September whether he would denounce white supremacists and militia groups, called on the Proud Boys to “stand back and stand by”.

The group's assets can be frozen by banks and financial institutions, and it is a crime for Canadians to knowingly deal with assets of a listed entity. Anyone belonging to the group can be blocked from entering Canada.

Stephanie Carvin, an assistant professor and security expert at Carleton University, said Ottawa was broadening its interpretation of the concept of terrorism, which had once mainly referred to religiously motivated extremism.

“What we're seeing now is a shift to seeing these groups (like the Proud Boys) as capable of orchestrating the kinds of violence that raise national security concerns,” she said by phone, citing a 2017 attack by a white right-wing extremist on a Quebec mosque that killed six people.