On Tuesday, the US started requiring proof of negative Covid-19 results before allowing visitors to fly in from other nations 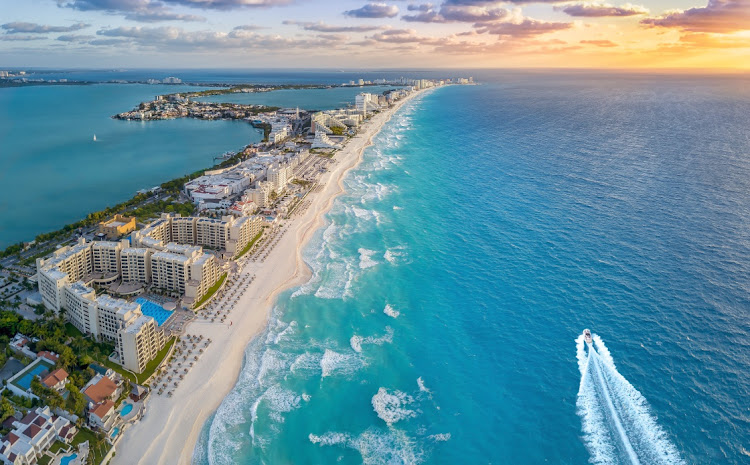 Hotels, airports and airlines across Mexico and the Caribbean are rushing to set up Covid-19 testing sites to meet new US entry rules and salvage demand for the pandemic-hit travel industry.

In Mexico, tourist magnets like Cancun have set up multiple testing sites inside airports to accommodate travellers to the US, which on Tuesday started requiring proof of negative Covid-19 results before allowing visitors to fly in from other nations. Hyatt Hotels is offering complimentary testing at its 19 Latin America resorts, while Marriott International is providing a mix of on-site testing and assistance co-ordinating with local facilities.

The US requirements are meant to help airlines regain at least some of their lucrative international business by helping to assuage fears of contracting the virus. Yet any difficulty in obtaining tests also stands to dent demand from Americans fleeing to vacation spots who would potentially face trouble returning home. In places like Mexico, tests are hard to come by, can cost as much as $200 and results can take days — leading travel companies to step in.

“In an environment for hotels where demand is down dramatically, anything they can do to make travel feel safer is a win in their eyes,” said Michael Bellisario, an analyst at Robert W Baird. “There’s a lot of uncertainty and anything to expedite the process and make travelling simpler and safer is helpful for all parties.”

The new rules require that travellers receive a test within three days before leaving for the US and provide written documentation of a negative result. Both PCR and rapid antigen tests are accepted, and passengers who have already had the virus can also show proof of recovery instead.

Beyond Cancun, the state of Guanajuato, home to San Miguel de Allende, is also offering airport tests and is working with hotels so they can do it too. Yucatan is doing the same.

Among hotels, testing sites are most prominent at luxury resorts, where wealthier travellers can secure results ahead of their departure without having to leave the premises. Marriott’s locations with on-property testing include the Ritz-Carlton Cancun, the JW Marriott Los Cabos Beach Resort & Spa and the Dominican Republic’s Westin Puntacana Resort & Club, according to a spokesperson.

For Hilton Worldwide, on-site testing is available at properties such as the Hilton Aruba Caribbean Resort & Casino and the Conrad Punta de Mita. Others are providing access to a local testing provider.

In the two days since the requirement took effect, local media showed a chaotic scene at the Mexico City airport, where many passengers had no idea they needed a test. Some of them were able to get a rapid one there, while others missed their flights, according to a report on Imagen TV.

In Cancun, 120 Cuban travellers had tests that were done more than three days before their flights and weren’t allowed to board, according to newspaper and TV station Milenio Noticias. At the Dominican Republic’s Las Americas airport, hundreds of passengers missed their flights on Tuesday and Wednesday because they didn’t have tests, radio station NotiUno reported.

Volaris, Mexico’s biggest airline, set up a testing site at the Marriott hotel inside the Mexico City airport. Controladora Vuela Cia de Aviacion, as the low-cost airline is officially known, has managed to bounce back to pre-pandemic traffic yet has seen its shares fall 12% in 2021 as the new US rules were announced.

The company didn’t yet have statistics on how many tests it had administered, but a spokesperson said they had conducted more than they expected since passengers from other airlines had taken advantage of the offer.

For its part, Grupo Aeromexico is offering discounts with certain labs for people to get tested days before heading to the airport. The carrier also is working to set up sites across the terminals where it operates, a spokesperson said.

“It makes you feel more comfortable as a traveller,” Bellisario said. “And from the hotels’ perspective, it brings in incremental demand and limits cancellations.”

The US president is to sign a series of executive actions to combat climate change, including temporarily blocking new leases for oil drilling on ...
World
8 months ago

Global GDP will rise 5.5% in 2021, faster than the 5.2% projected in October, says International Monetary Fund
World
8 months ago
Next Article