Joe Biden aims to open schools, but teachers say not until they have been vaccinated 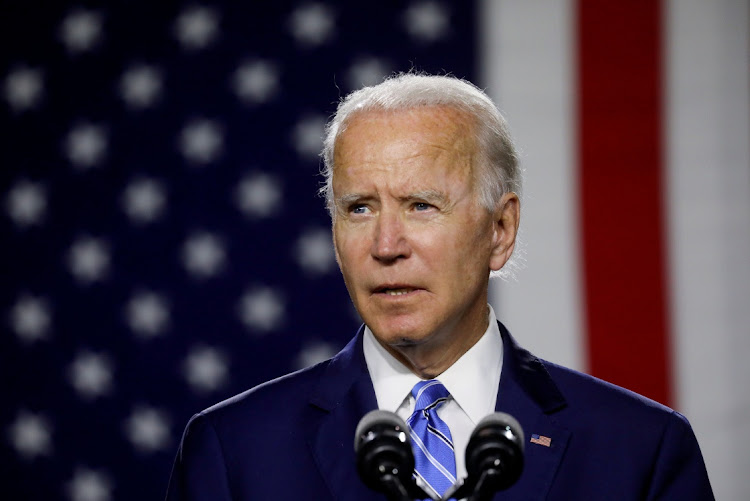 US President Joe Biden’s vow to reopen most US schools in his first 100 days could reignite clashes among educators, their unions, administrators and parents over how to safely return when many teachers haven’t received the Covid-19 vaccine.

Biden signed executive orders Thursday restoring disaster reimbursement for certain school Covid-19 expenses. He also directed the departments of education and health and human services to give guidance on reopening, and he’s asking Congress for at least $130bn in dedicated funding.

The moves are a significant step in crafting a national framework for school reopening that until now has largely been left to states, cities and districts in the absence of guidelines from the former Trump administration.

The issue has posed one of the more vexing pandemic challenges for local policymakers, culminating in petitions and potential teacher strikes as parents watch children struggle online — and in-person schooling remains key to restoring economic stability.

“Here you have the most lethal health emergency that we’ve had in 100 years, and there is so little guidance that everyone is doing different things,” said Randi Weingarten, president of the American Federation of Teachers. But a national strategy “costs money, it requires good management, and it requires working together”.

Reopening risks reigniting tensions with teacher unions, a predominantly Democratic contingent, which have opposed return-to-school plans deemed premature amid rising cases and without resources to ensure safety through testing or protective equipment.

In a fresh reminder, a vaccine shortage in New York City threatens mayor Bill de Blasio’s plan to offer five-day-a-week instruction to students now attending in-person part time, and to reopen schools for all next autumn. Michael Mulgrew, president of the city’s United Federation of Teachers, said his 130,000 members must be able to get vaccines, or else the largest US school system shouldn’t fully reopen in September.

“Increased availability of the vaccine is the key to fully reopening everything, from schools to businesses,” Mulgrew said in an e-mail on Thursday. “We’ve been through too much — as a school system and as a city — to further risk the health of our students, their families, and our staff.”

Weingarten said clear standards for masks and physical distancing, guidelines on when to close, and providing leeway for teachers who may be susceptible to Covid-19 are crucial to reopening plans.

In a summary of strategies for recovering from the pandemic, the Biden administration said it would fund rapid-test acquisition, support school testing and create a dedicated testing support team to help schools reopen.

Biden’s pick for secretary of education, Miguel Cardona, is likely to play a central role in the effort, having done it once already on a smaller scale as Connecticut’s commissioner of education.

There, Cardona urged reopening, though he and governor Ned Lamont allowed districts to create their own systems for in-person instruction. About a third of Connecticut’s public-school students have the option to attend in person full-time, according to The Connecticut Mirror.

New Haven is one of the most recent to make the shift, permitting pre-K through fifth-grade students to begin some in-person instruction on Tuesday for the first time since the pandemic began, using a hybrid model. Older students are still remote-learning indefinitely.

About 43% of students in the US are in virtual-only school, and more than a third haven’t set foot in a classroom since Covid-19 struck, according to Burbio, a data service that aggregates school and community calendars. Bringing those students, who tend to be concentrated in cities, into schools presents a challenge, said Dennis Roche, Burbio’s co-founder.

Few places have seen that tension more than Chicago, where teacher union members are voting on a resolution to work only remotely, citing safety concerns. The three-day vote sets up a possible strike in the third-largest US district.

New York City has already been through that battle. It halted its mix of in-person and remote learning in November when the city’s rate of positive tests hit 3%. The United Federation of Teachers agreed to reopen after the city instituted weekly random testing of 20% of all school-building occupants. The infection rate in schools has held below 1% for months, and was 0.49% on Wednesday.

Even under this system, the city has been forced to close some buildings and classrooms temporarily. As of Wednesday, 91 buildings were shut down for 24 hours, and 912 classrooms were closed.

The safety of in-person learning remains a point of contention among parents, teachers and unions. Recent research suggests reopenings aren’t risky when hospitalisation are low, but a lack of reliable testing and contact tracing in the US prevents a definitive answer.

Moreover, children may be at less risk of developing severe symptoms, but they can still spread the virus, and teachers who are elderly or have pre-existing conditions are in more precarious positions when asked to return.

Many states have placed teachers high in the pecking order to receive vaccines. In New York, teachers are part of group 1B, and alongside people over 65 years and grocery workers.

Vaccine producers are just beginning to test their shots on younger people, a key step towards reducing spread to teachers and ultimately reaching herd immunity. The University of Oxford, which developed a vaccine with AstraZeneca, is planning to begin initial tests in February for children aged 12 to 18 years

Until then, some teacher union leaders are just glad there’s a plan after the leadership of the previous education secretary, Betsy DeVos.

“I’m very pleased that they put this out,” said Weingarten of the AFT. “The executive order basically is saying what Trump and DeVos should have done months and months ago.”