Treasury nominee says with rates at historic lows, ‘the smartest thing we can do is act big’ in support of Joe Biden's $1.9-trillion stimulus package 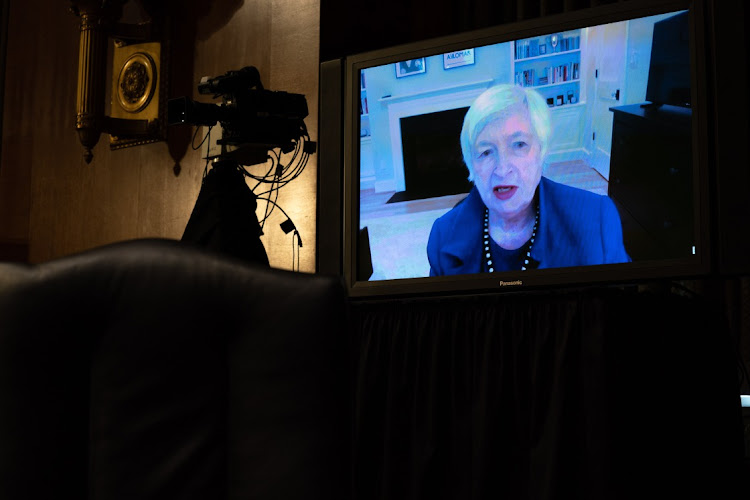 Washington  — Janet Yellen, US president-elect Joe Biden's nominee for Treasury Secretary, urged legislators on Tuesday to “act big” on the next coronavirus relief package, adding that the benefits outweigh the costs of a higher debt burden.

Yellen said her task as Treasury chief will be to help Americans endure the final months of the coronavirus pandemic, and rebuilding the US economy “so that it creates more prosperity for more people and ensures that American workers can compete in an increasingly competitive global economy”.

Biden, who will be sworn into office on Wednesday, outlined a $1.9-trillion stimulus package proposal last week, saying bold investment was needed to jump-start the economy and accelerate the distribution of vaccines to bring the virus under control.

“Neither the president-elect, nor I, propose this relief package without an appreciation for the country’s debt burden. But right now, with interest rates at historic lows, the smartest thing we can do is act big,” Yellen, a former Federal Reserve chair, told the Senate finance committee.

“I believe the benefits will far outweigh the costs, especially if we care about helping people who have been struggling for a very long time,” she said.

The proposed aid package includes $415bn to bolster the US response to the virus and the rollout of Covid-19 vaccines, about $1-trillion in direct relief to households, and roughly $440bn for small businesses and communities particularly hard hit by the pandemic.

Many Americans would receive stimulus payments of $1,400, which would be on top of the $600 cheques approved in a pandemic relief bill passed by Congress in December. Supplemental unemployment insurance would also increase to $400 a week from the current $300 a week, and it would be extended to September.

Yellen received an endorsement from all former Treasury secretaries, from George Schultz to Jack Lew, who urged senators in a letter to swiftly confirm Yellen's nomination so she can quickly tackle “daunting challenges” in the economy.

“Addressing these pressing issues will require thoughtful engagement by the department of the Treasury. Any gap in its leadership would risk setting back recovery efforts,” the former secretaries wrote.

A spokesperson for departing Treasury secretary Steven Mnuchin, who steps down on Wednesday, could not immediately be reached for comment.

Yellen also addressed the Treasury's stance on the dollar, after President Donald Trump frequently called for a weaker dollar to boost US exports.

The US should oppose attempts by other countries to artificially manipulate currency values to gain trade advantage, she said, adding that the targeting of exchange rates for commercial advantage was “unacceptable”.

She said China was clearly the most important strategic competitor of the US and underscored the determination of the Biden administration to crack down on what she called China's “abusive, unfair and illegal practices”.

Treasury secretaries have previously affirmed their commitment to a market-determined exchange rate and some in recent years have said that a strong dollar is in US interests.

She also said that she believed some, but not all, of the signature 2017 tax reform act should be repealed.