After backtracking on its decision to bar three telecoms firms, the bourse might revert to its original stance 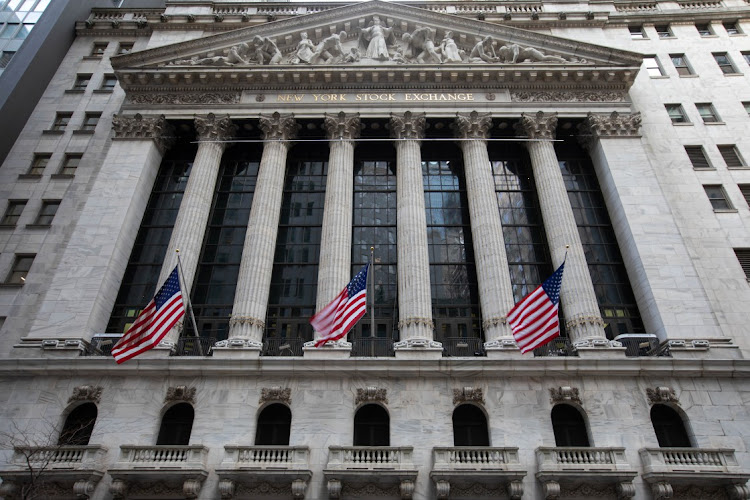 New York/Washington — Almost two months after President Donald Trump said he’s cutting off US investment in companies tied to China’s military, confusion reigns on Wall Street over how to interpret his order. One certainty: savers are losing billions.

The New York Stock Exchange (NYSE) is considering reversing course a second time to delist three major Chinese telecommunications firms after conferring further with senior authorities on how to interpret an executive order Trump issued on November 12, according to people familiar with the matter. Lawyers said the drama, whipsawing markets in recent days, is exposing the ambiguities of the government’s instructions.

The trio of companies — China Mobile, China Telecom and China Unicom Hong Kong — lost more than $30bn in market value in the final weeks of 2020 as investors pulled back following Trump’s order. They shed as much as $12bn more as their American depository receipts tumbled on Monday on the NYSE’s decision to delist them. Prices climbed on Tuesday after the NYSE cancelled the delisting, and then they softened anew after Bloomberg broke the news that the exchange may proceed after all.

“It’s a mismanaged process,” said Shang-Jin Wei, a professor of Chinese business and finance at Columbia Business School. “The intent was to penalise these companies and penalise the Chinese government,” he said. “The problem is it ends up penalising US-based investors.”

Asset and wealth managers catering to US savers are among the top holders of the three companies’ American depository receipts, according to data compiled by Bloomberg, and sudden price swings can give an advantage to high-speed traders and hedge funds able to react quickly. China Mobile, once part of a “red chip” boom in the late 1990s, was among the Asian nation’s first giants to sell shares in the US.

The NYSE’s latest potential pivot follows a whirlwind 18 hours. The decision to keep the listings came as a surprise and sparked confusion among officials at the US Treasury and state departments, and the National Security Council, and triggered exasperation that reached the highest levels of the Trump administration, according to people familiar with the matter, who asked not to be identified because the conversations were confidential.

Shares of the three telecoms companies rallied for a second day in Hong Kong after NYSE’s reversal of its delisting decision. China Mobile, the largest of the three, rose as much as 2.9% on Wednesday.

Six weeks elapsed after Trump’s executive order before key offices began providing public guidance for exchanges to follow. The NYSE soon announced on New Year’s Eve that it would delist the companies, before changing course four days later. The NYSE’s initial decision was meant to comply with the order but the exchange reversed itself after questions arose behind the scenes, according to people familiar with the matter.

Some of those doubts were sown by law firms and Wall Street trade associations that argued there were legal questions about whether all the companies on the government’s list should be thrown off the exchange. Because shares of the companies are widely held in emerging markets mutual funds and make up parts of stock indexes, investment firms argued that more guidance was needed from the Treasury. The department offered some on Monday, just hours before the exchange announced its decision to allow the companies to keep trading.

A number of people involved in the process said such confusion was inevitable in such a hasty attempt to punish China as the Trump administration makes its way out of the door.

If and when the exchange receives confirmation from the government about what’s prohibited, it would move forward with delisting, the people said. The Treasury may also provide further clarification through its office of foreign assets control, one person said.

On a conference call on Tuesday with more than 500 market participants, the NYSE’s head of equities, Hope Jarkowski, said the situation remained fluid and the exchange would provide additional updates when it’s able.

The Securities Industry and Financial Markets Association also hosted a call with more than 100 people, many from asset management firms and brokers, but it offered little clarity, another person said. The general consensus, that person noted, was that it was going to be a very challenging situation for investment companies.

S&P Dow Jones Indices said it will no longer delete the US-listed shares of China Mobile, China Telecom and Unicom from its benchmarks, but declined to comment on the possibility that NYSE will reverse course yet again.

And for financial markets, the continued uncertainty leaves them more vulnerable to further disruptions as Trump proceeds with his crackdown on Chinese companies at the tail end of his presidency. His order is still scheduled to take effect on January 11 — nine days before he leaves office. An official working on Joe Biden’s transition declined to comment on whether the president-elect would reverse it.

If Biden leaves the order in place, US investment firms and pension funds would be required to sell their holdings in companies linked to the Chinese military by November 11. And if the US determines additional companies have military ties in the future, American investors will be given 60 days from that determination to divest.

Since the start of the coronavirus pandemic, the Trump administration has ramped up its attacks on China, imposing sanctions over human-rights abuses and the nation’s crackdown on Hong Kong. The US has also sought to sever economic links and deny Chinese firms access to American capital.

Hardliners in the administration — among them secretary of state Michael Pompeo and White House trade adviser Peter Navarro — have warned investors for months that Chinese companies could be delisted from US exchanges. As far back as August, a senior state department official, Keith Krach, wrote a letter warning universities to divest from Chinese firms ahead of possible delistings.

One of their arguments was that the Chinese companies don’t adhere to internationally accepted accounting practices. The other argument, laid out in Trump’s November executive order, is that many Chinese companies have links to China’s military and pose a threat to American national security.