Can the US avoid entering an epistemological crisis? 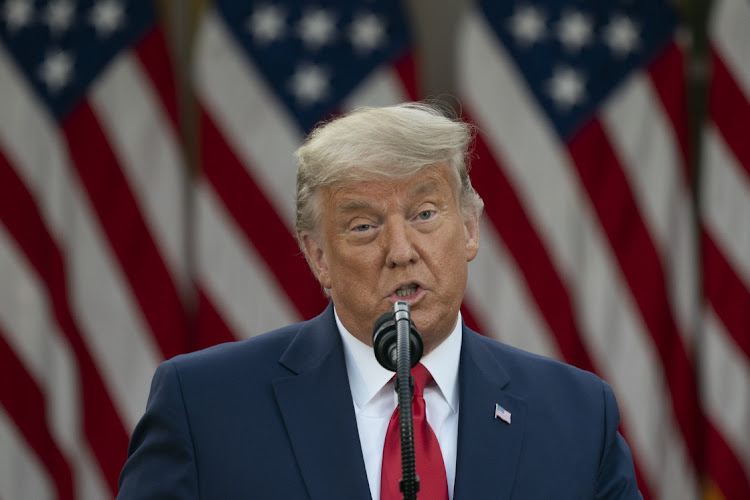 US President Donald Trump keeps claiming that the 2020 election was stolen from him, and was replete with fraud. He has spread the false assertion that voting machines made by Dominion Voting Systems deleted millions of pro-Trump votes and shifted hundreds of thousands to his victorious opponent, President-elect Joe Biden.

Many Republicans agree that the presidency has been stolen. Polls show that about half of them think that Trump “rightfully won” the election, and a whopping 68% have concerns about a “rigged” process for counting votes.

Various media outlets associated with the political right have fuelled these beliefs. Social media are playing a major role. Wild ideas are circulating on Facebook, Twitter and elsewhere.

In a recent interview, former US President Barack Obama identified the contemporary media environment as “the single biggest threat to our democracy.” He added: “If we do not have the capacity to distinguish what’s true from what’s false, then by definition the marketplace of ideas doesn’t work. And by definition our democracy doesn’t work. We are entering into an epistemological crisis.”

Obama’s claim calls to mind a brilliant 2002 essay, “The Crippled Epistemology of Extremism,” by the late political scientist Russell Hardin, who taught at the University of Chicago and New York University.

Hardin was writing amid a radically different media environment, but his basic claims are enduring. His starting point is that on many topics, including politics, most people lack personal or direct knowledge. With respect to immigration, climate change, macroeconomic policy or a pandemic, citizens can’t easily acquire the necessary information on their own.

Instead, Hardin wrote, “We typically rely on authority for most of the information that we actually have.” How do you know that dinosaurs once roamed the earth? That George Washington was the first president? That the earth is round and orbits the sun? Here Hardin quoted the early 20th-century philosopher Ludwig Wittgenstein: “My life consists in my being content to accept many things.”

So far, so good. People are busy and life is short. The problem comes when accepted authorities turn out to be liars or charlatans. When we do have outlandish or false beliefs, we often protect them, whether intentionally or not, “by keeping ourselves in the company only of others who share our beliefs,” as Hardin put it, adding that extreme or fanatical views “may primarily be simple matters of the skewed epistemology that comes from lack of contact with and, hence, lack of accurate knowledge or relevant others.”

Turn now to contemporary US politics. Those who believe that Trump won the election are listening to apparent authorities they trust (including Trump), and they are speaking and listening mostly to one another. That’s how they know.

Maybe that’s only a short-term problem, but how are the next few years going to play out? Some observers are arguing that Biden can, and should, work co-operatively with Republicans, seeking to find shared goals on such issues as prescription drug pricing, immigration, an expanded child tax credit and green energy.

In the abstract, that’s an attractive argument. But if Republican leaders actually believe that Biden stole the election, they might not want to work with him, even on shared goals. And even if they don’t believe those things, a lot of their constituents do — which makes co-operative solutions a lot less likely.

Still, there are some bright spots. On a number of important issues involving safety and the environment, the Trump administration quietly refused to overrule the decisions of the Obama administration. A central reason was agreement on the facts, at least within the US government. Call them the “deep state” or not, public servants with technical expertise really do “have the capacity to distinguish what’s true from what’s false,” despite Obama’s fears about citizens in general.

There is more good news. Recent research finds that on numerous factual questions, both Republicans and Democrats shift their beliefs when they hear from credible sources, which include the treasury department, the Centers for Disease Control, the department of homeland security and the Census Bureau. Many people who spend a lot of time in echo chambers or informational cocoons are nonetheless willing to learn from outsiders.

Hardin captured much of the essence of extremism, and Obama was not wrong to say that the US faces an “epistemological crisis”.

The coming years are going to be tough. Still, to paraphrase Mark Twain: reports of democracy’s death have been greatly exaggerated.

Can — and will — Donald Trump pardon his supporters or himself?

In 2018, Trump said he had the ‘absolute right’ to pardon himself — a claim many constitutional law scholars dispute
World
8 months ago

SA and all its parties should note the reasons Trump lost, as well as the gains he made for his party
Opinion
8 months ago

Would one-time US foe Ho Chi Minh have been aghast at Donald Trump’s refusal to concede the election?
News & Fox
8 months ago
Next Article