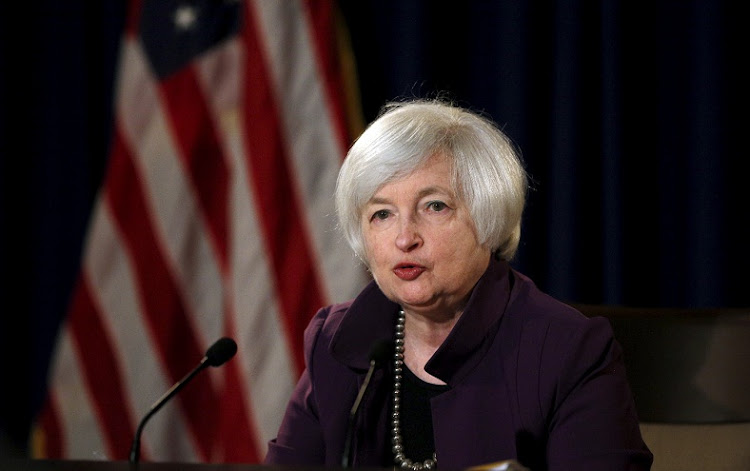 Singapore — Janet Yellen knows a deep recession and a patchy recovery from the inside. She will need all that policy prowess and a healthy dollop of political nous to steer the US, and by default the rest of the world, through this epic slowdown.

The former Federal Reserve chair is Joe Biden’s pick for treasury secretary, according to people familiar with the matter. She is probably the most qualified person to hold the post.

Yellen led the central bank during the arduous climb back from the global financial crisis with all its fits and starts. She also served as vice-chair, head of the San Francisco Fed, a Fed governor and chair of the Council of Economic Advisers under Bill Clinton.

This is more than a steady hand in a tough time. It is not a stretch to say she will be to economics what George Marshall — as one-time army chief of staff, secretary of state and secretary of defence — was to foreign policy.

Over the past decade, and especially during the nine-month stretch of the coronavirus, top officials from Tokyo to Washington have repeatedly highlighted the importance of fiscal and monetary policies working together. Yellen knows the latter intimately and is about to get a huge say over the former.

Better co-ordination would not only accelerate the economic recovery, but also avert some of the theatrics that have roiled markets in the wake of Covid-19. In the early days of the pandemic, Donald Trump’s treasury chief, Steven Mnuchin, worked closely with Fed chair Jerome Powell. Trump refused Yellen a second term, opting for Powell, a member of the board of governors.

But ties between the two men soon frayed. Last week, they found themselves at loggerheads over the continuation of the central bank’s emergency lending programs. Mnuchin ultimately won. This was no mere Beltway tiff: markets retreated worldwide in fear that stimulus would diminish.

The roles of treasury secretary and Fed chair are different but complementary. An unwritten yet crucial part of Yellen’s new job description will be providing cover for the central bank. The Fed is generally leery of directly engaging on matters that can be seen as partisan.

As one of the most senior cabinet officials, Yellen will now be right in the fray. She will not just have to protect the institution from Congress, she will need to make sure Biden does not riff on monetary policy in ways seen as eroding independence. Trump was not the first president to put pressure on the central bank, but he was the only one in recent decades who showed such little respect for institutional restraint.

All this matters greatly for the rest of the world. The US remains the largest economy, and when it comes to the power of capital markets and the dollar, nobody — not even China — comes close.

But throughout her term at the pinnacle of the Fed, Yellen showed that what happens abroad has direct consequences for American capitalism. In 2015, she chose to hold off from raising interest rates amid China’s market meltdown and a botched attempt at devaluing the yuan. The Fed tightened just once that year, in December, despite setting out with multiple hikes in mind.

When she was Clinton’s top economic forecaster, Yellen paid a visit to the Washington bureau of Bloomberg News in 1998. I recall her speaking eloquently about the deep financial meltdown rocking South Korea, Indonesia and Thailand. Most people in Washington were too focused on Monica Lewinsky’s blue dress to give a darn about vital American partners.

Yellen’s attributes notwithstanding, she still has to be confirmed by the Senate. Never bet against Republican majority leader Mitch McConnell’s instinct for obstruction, but Yellen’s chances are good. Of the handful of Republicans who voted to confirm her to Fed leadership in 2014, three are probably still in her corner: Susan Collins of Maine, Lisa Murkowski of Alaska and Richard Burr of North Carolina. Mitt Romney, elected in 2018, may lean towards backing her, too.

The last person to lead both the Fed and treasury was G William Miller in the late 1970s. Appointed by Jimmy Carter, his stint at both was brief and unhappy.

On balance, Yellen’s record was exemplary. Even coming close in her new gig would be a great capstone to a career devoted to public service.